Liège: A glimpse at one of Belgium's best kept secrets

See A Little Color That Most People Miss

Read the back cover of just about any tourist guide of Belgium and you’re sure to hear to get an eye full of Brussels, Bruges, Ghent, Antwerp and perhaps a couple other destinations. One place that you’re unlikely to see is Liège. In many ways, this is a bit odd. As one of the country’s main cities, it is also one of its oldest and most colorful in terms of its past (spending a good 800 years as an independent city state that was constantly invaded and ruled by “Prince-Bishops” is bound to leave a few marks on the city as well as the population). Unfortunately, it’s the city’s comparatively recent industrial past which gets most of the press with travel guides as well as – having been invaded countless times – Liège doesn’t look like it was kept in a glass jar like a museum piece in the way Bruges does. However, for the traveler who is willing to explore, turn a few blind corners and walk (a lot…Liège is not only spread out but can be quite vertical in its layout due to its location in a valley).

Here are just a few examples of how a half day walking around the city can reward any visitor. If many of the flowing pictures seem a little detail oriented, that’s a reflection of the ultimate treasure of the city’s thousand year past: an endless supply of “little things” that will catch your eye. After 20 years of roaming the city, I still see something new (which clearly isn’t!) each and every time I go.

Should you find yourself with a day on your hands in Belgium, take a shot and check it out! 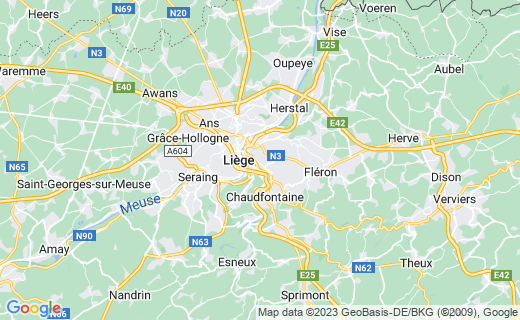