Mythical Creature - Half Lion Half Fish 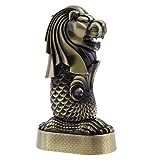 How Singapore Got Its Name

Singapore was known as Temasek (which means ‘sea town’ in Javanese) in ancient times. Temasek was destroyed by either Javanese or Siamese in the end of 4th century AD, according to historians. As recorded in the legend in the Malay Annals, a Srivijayan prince Sang Nila Utama rediscovered the island later in the 11th century AD. Here the prince saw a strange looking beast which he concluded it was a lion.

However, recent studies of Singapore indicate that lions (not even Asiatic lions) have never lived there and the animal seen by Sang Nila Utama was either a white fox or a tiger, most likely the Malayan tiger. The prince was happy as he believed it to be a good omen and decided to stay on the island and built his new city with his men and renamed the city “Singapura” (from which the name Singapore was derived), Singa means lion in Malay and pura means city in Sankrit. 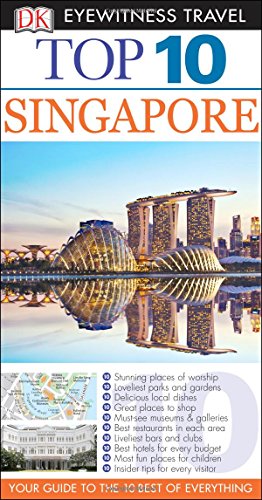 The Merlion was first built in 1972 as an 8 meter tall sculpture and was located at the mouth of Singapore river. The Merlion is a male. The name comes from the merging of the words “lion” and “mermaid”, hence Merlion. The mermaid refers to the fact that Singapore (or Singapura in Malay) was once a fishing village. The statue was built by Lim Nan Seng, a local craftman who won several prizes in the Singapore Handicraftt and Design competition organized by the Singapore Tourism Board in 1970. The body of Merlion is made up of cement, eyes from small red teacups and skin from porcelain plates. The fish-body of Merlion is said to symbolize Singapore’s origin as a prosperous seaport. The beautiful tall sculpture was commissioned for $165,000 in 1971 and installed formally on 15 September 1972 by Prime Minister Lee Kuan Yew.

Relocation and New Merlion in Sentosa

In 1997, the completion of Esplanade Bridge blocked the views of the Merlion statue from the Marina Bay waterfront. The Merlion, a symbol of Singapore to welcome visitors, has since moved. It settled into its new home on 15 September 2002, at Merlion Park, a popular tourist attraction. It is also a landmark of Singapore and two structures of the Merlion are located here.

In 1996, the famous icon of Singapore was reproduced on Sentosa (on a much larger scale). Lovingly recreated in concrete and glass, it is a 37 metre tall Sentosa Merlion.

Due to the influence of overseas Singaporeans as well as Singapore investors and friends of the country, variations of the Merlion can be found in China, Japan and United States of America.

On 28 February 2009, at about 4.26 pm on Saturday, the Merlion in the Merlion Park was struck by lightning. This incident happened because there was a lack of lightning protection on the Merlion itself. A breaking news from local radio showed an image with fragments from the head of the Merlion on the ground.

One witness told that orange sparks flew when lightning struck. About 30 people dashed into a nearby restaurant for safety. Staff in vicinity told that they heard an explosion followed by a very loud thud when broken pieces fell to the ground. Other onlookers continued to take photos of that 36-year-old tourism icon.