The Mass media would include: painting, sculpture, and graphics that use the imagery of popular or mass culture such as newspapers, comics, advertising, and consumer goods. A witty and ironic art.

Pop art is lots of things that high-art isn't - it's mass-produced, it is expendable, it is low-cost, glamorous, witty and encourages big bucks, bright lights and big celebrities - there's no sign of the impoverished artist slaving away in a tiny studio in this movement. Some critics like Harold Rosenberg described Pop art as being "Like a joke without humor, told over and over again until it begins to sound like a threat... Advertising art which advertises itself as art that hates advertising."

Although Andy Warhol was not the first artist to mine advertising for art, he remains the best known for this particular style in America.

Richard Hamilton was the founder of Pop Art

What is Pop Art?

described Pop art as being

"Like a joke without humor, told over and over again until it begins to sound like a threat..."

Revolt into Style The Pop Arts in Britain

The first exhibit of Pop art work in Britain was at the Collages and Objects exhibit organized by John McHale and Lawrence Alloway (an English art critic) in October 13, 1954, at the Institute of Contemporary Arts. McHale also exhibited his "Why I Took To The Washers In Luxury Flats" which was his early logic gaming Pop art collage that is crammed full of Pop art media images that can be reprogrammed like manual software by the participant viewer traversing the collage. In August of 1956 McHale contributed most of the Pop art work for the "This is Tomorrow' exhibit at the ICA There is no record of Lawrence Alloway using the term pop art in relation to the communications and signage theme of his contribution to the Group 12 exhibit in 1956. Lawrence Alloway is often incorrectly credited with the first published use of the term "pop art", when in fact he only refers to "mass popular art" in his often cited article in the February 1958 issue of Architectural Design and Construction.

Origin of the Term "Pop Art"

John McHale (born Maryhill, Glasgow 1922, died Houston, Texas 1978) was an artist and sociologist. He was a founder member of the Institute of Contemporary Arts, and a founder of the Independent Group, which was a British movement that originated Pop Art which grew out of a fascination with American mass culture and post-WWII technologies. McHale originally coined the term "Pop art" in 1954.

"Pop" Art refers to "popular culture". It is an art used with commercialism. The Pop Art Movement eliminated distinctions between "good" and "bad" taste and between fine art and commercial art techniques.

Just what is it that makes today's homes so different, so appealing?

This is a collage by Richard Hamilton (1956). The work is now in the collection of the Kunsthalle Tubingen, Tubingen, Germany. It was the first work of pop art to achieve iconic status.

Hamilton created this for the catalog of the This Is Tomorrow exhibition held in London, England in August 1956 in which it was reproduced in black and white. This had also been used in posters for the exhibit.

Still little-known in the United States, Richard Hamilton is a key figure in twentieth-century art. An original member of the legendary Independent Group in London in the 1950s, Hamilton organized or participated in groundbreaking exhibitions associated with the group-in particular This Is Tomorrow (1956), for which his celebrated collage Just what is it that makes today's homes so different, so appealing?, crystallizing the postwar world of consumer capitalism, was made. With his colleagues in the Independent Group, Hamilton promoted the artistic investigation of popular culture, undertaking this analysis in paintings, prints, and texts, thus setting the stage for Pop art-indeed, he is often called the intellectual father of Pop. At the same time, Hamilton was crucial to the postwar reception of Marcel Duchamp, transcribing his notes for The Large Glass and producing a reconstruction of this epochal piece for the first Duchamp retrospective in Britain, in 1966. Over the years Hamilton has continued to develop his work, in a variety of media, on subjects ranging from the Rolling Stones to the Troubles in Northern Ireland, from new commodities and technologies to the oldest genres in Western painting. True to the mission of the October Files series, this volume collects the most telling essays on Hamilton (including several hard-to-find texts by the artist), spanning the entire range of his extraordinary career.

Temporally, the British pop art movement predated the American one. Pop art stating in the early 1960s in the United States. Roy Lichtenstein was the most popular and one of the most consistent pop art practitioners using stencil-like dots to represent comics or later the simplification/parody of fine art from the vivid pop art perspective. Andy Warhol became the most famous American pop artist using a pseudo-industrial silkscreen process for painting commercial objects such as Campbell's Soup Cans, Coca-cola bottles, for portraying raging celebrity such as Liz Taylor, Jackie Kennedy, and Marilyn Monroe and for portraying the deadpan and banal.

Roy Lichtenstein was very much a "comic-strip" artist and produced masses of works using imagery from comics. Starting out in 1960, he painted vastly-inflated images of comic-strip frames formed from the dots of color newsprint. During the same year, Oldenburg set about carving his own niche in the pop art world, creating large, painted plaster sculptures of sandwiches and cakes! These were soon followed by huge plastic appliances that were softened to allow them to give a distinctive "droop". All of it was designed explore the nature of "consumer culture" that was sweeping the nations on both sides of the Atlantic.

Sometimes called 32 Campbell's Soup Cans, produced by Andy Warhol in 1962. It consists of thirty-two canvases, each measuring 20 inches (510 mm) in height Ã 16 inches (410 mm) in width and each consisting of a painting of a Campbell's Soup can. One of each of the canned soup varieties the company offered at the time. The individual paintings were produced with a semi-mechanized silkscreen process, using a non-painterly style.

Andy Warhol, known as a commercial illustrator showed the work on July 9 1962 in his first one-man gallery exhibition as an artist in the Ferus Gallery of Los Angeles, California. The exhibition marked the West Coast debut of pop art; which is now displayed in the Museum of Modern Art in New York.

Andy Warhol's fame elevated after his "Campbell's Soup Cans" work was produced and featured in separate works - firstly as individual "cans" and then the same cans aligned in immaculate rows. Marilyn Monroe and Jackie Kennedy, possibly the biggest 60s female icons at the time, were also given the "Warhol treatment" in which he silk screened their images, altered the colors and reproduced them in repeated patterns.

Andy Warhol, known as the Father of Pop Art

Machines have less problems. I'd like to be a machine, wouldn't you? -Andy Warhol, 1963

In the future everybody will be world famous for 15 minutes. -Andy Warhol, 1975

The Autobiography and Sex Life of Andy Warhol 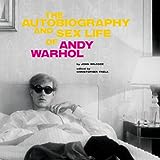 The Autobiography and Sex Life of Andy Warhol
Buy Now

Marilyn Monroe is one of his best known celebrities in his Pop Art prints.

In Italy, Pop Art was known from 1964, and took place in different forms, such as the "Scuola di Piazza del Popolo" in Rome, with artists such as Mario Schifano, Franco Angeli, Giosetta Fioroni, Tano Festa and also some artworks by Piero Manzoni and Mimmo Rotella. During the Nineties, NeoPop developed in Italy and Europe as a contemporary remake of Pop Art.

In Spain, the study of Pop art is associated with the "new figurative," which arose from the roots of the crisis of informalism. Eduardo Arroyo could be said to fit within the Pop art trend, on account of his interest in the environment, his critique of our media culture which incorporates icons of both mass media communication and the history of painting, and his scorn for nearly all established artistic styles.

Pop art in Japan is unique and identifiable as Japanese because of the regular subjects and styles. The most well known pop artist currently in Japan is Takashi Murakami, whose group of artists, Kaikai Kiki is world renowned for their own mass produced but highly abstract and unique Superflat art movement, a surrealist, post modern movement whose inspiration comes mainly from Anime and Japanese street culture, and is mostly aimed at youth in Japan, and has made large cultural impact. Many pop artists in Japan use surreal or obscene, shocking images in their art, which is clearly taken from Japanese Hentai.