Laura likes retro, vintage, old things. Choosing to preserve or repurpose is her dilemma - can't change your mind once started.

Rogue taxidermy is the mixed media art of using stuffed and mounted animals which do not have real animal counterparts. Rogue taxidermy is mix and match (with accessories added) to create an artistic rendering of obscure, weird, creepy, mutant, and unique creatures to be put on display.

Many taxidermists do not consider this true taxidermy.

The showmanship of oddities, mutation natural adaptation and displays of curiosity through use of taxidermy with animals. A creepy and odd hobby to some. Dark humour to others. Then there are those who just like to collect them and put them on display.

Beast Blender - where you can create your own curious creation.

If you aren't grossed out by some of the weirder creations... think about it. What if you could create an animal. I think this is part of the attraction of rogue taxidermy. Turning a slow, plodding animal like a turtle into a flying creature with light, colourful wings to take it to new heights and let it become something new, more than it was or could ever have been naturally.

In your mind, combine elements, features and parts of various animals and come up with a new creation, something better than the original version. Or, a creation which shows a sense of humour, like pigs that could fly. 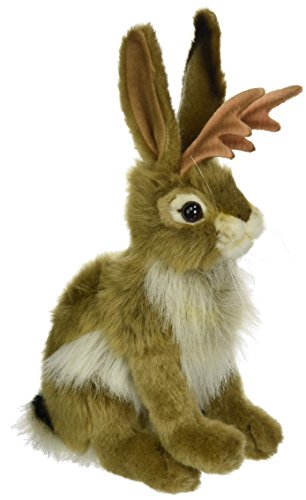 The Legend of the Jackalope

What may be the most famous creation with rogue taxidermy is the jackalope.

According to legend and lore, the jackalope is the product of a male jackrabbit and a female antelope.Thought to be extinct, there are still reports of jackalope sightings. Jackalopes were known to be aggressive, often called the "warrior rabbit", using its antlers to fight.

Jackalopes were said to love music. They could mimic human sounds and noises and would sing along with the cowboys around the camp fires at night.

Jackalopes aren't a real animal, at least not so far. It's thought jackalopes were actual, real rabbits which had a mutation or virus causing bumps to appear on their heads. This could have appeared like antlers from a distance. Up close it would have been a simple explanation for the mystery of the weird looking rabbit.

Jackalopes became a legend as people began to produce "real" jackalopes to impress friends, create stories and generally enjoy tricking anyone who didn't already know the jackalope myth. Using a rabbit body and attaching deer or antelope antlers, people would show off their creation. Some jackalopes were given the bonus of a pheasant tail. Those were the extra fancy warrior bunnies.