Find out about Sir Stanley Spencer - one of the most famous and most eccentric of English painters. He was a key figure in the development of Figurative Art in the UK in first half of the 20th century

For more information and about his life and work you can consult the various links below which:

1908 - 1912: Slade School of Art, London (1910: awarded a scholarship; 1912: awarded the Summer Composition Prize). He was taught by Henry Tonks who recognised his talent from the very beginning. Fellow Students included Dora Carrington, Mark Gertler, Paul Nash, David Bomberg and CRW Nevinson. The latter took to calling him "Cookham" and he commuted to the School of Art from Cookham on a daily basis.

1912: Exhibited at the Second Post-Impressionist Exhibition

1915: worked as an Orderly with the Royal Army Medical Corps (RAMC) at Beaufort War Hospital (aka Glenside)

1916: volunteered for active service in Macedonia with RAMC; he was subsequently commissioned to be a war artist.

1922 - Visited Yugoslavia with his future wife and her family

1927: One man exhibition (his first) at the Goupil Gallery

1940 - 1944 - Official War Artist - he painted a series of 8 paintings relating to the shipyards at Port Glasgow, the shipworkers and the local community

1954 - visited China as a member of a cultural delegation

1955 - Retrospective Exhibition at the Tate Gallery

Rated an average of:

This book provides a comprehensive overview of Stanley Spencer's career. The author locates his art within the wider context of Spencer's set of values related to his spiritual, political and social world.

The author Andrew Causey was Emeritus Professor of the History of Modern Art at Manchester University. His expertise lies in 20th century art and he has contributed to catalogues for and organised exhibitions at a number of prestigious galleries in the UK. He's also the author of a number of books about modern British Artists - Henry Moore, Paul Nash, Edward Burra and Peter Lanyon. He died in 2014.

The Stanley Spencer Gallery at Cookham

Biographer of London, Peter Ackroyd, heads upstream for Cookham on the Thames. It was once home of the 20th century artist Stanley Spencer, and Peter visits the gallery in the village dedicated to his work. From a 2008 film.

Strictly speaking the gallery is now part of the Royal Borough of Windsor and Maidenhead!

You can also walk to the gallery from the railway station. The local station is on a branch line which connects at Maidenhead to the main Reading/Paddington line. This is the way that Stanley travelled up to London for his studies and for visits to art galleries and exhibitions 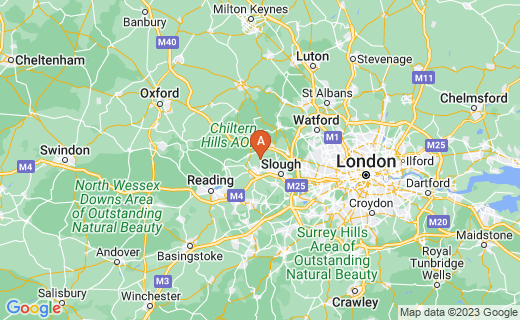 About the Stanley Spencer Gallery

1916: Travoys Arriving with Wounded at a Dressing Station at Smol, Macedonia, September 1916 (now in the Imperial War Museum)

1924: Began paintings which reflect his experiences of the First World War - Resurrection: Cookham and the Burghclere paintings.

1935: Began Cana Scheme - The Marriage at Cana, Dusting Shelves, Workmen in the House, Love among the Nations

1936 -1938: Started a Couple painting scheme which included a growing emphasis on the physical aspects of love

1939: Began the Christ in the Wilderness series

1940: Began paintings of Shipbuilding on the Clyde. These were commissioned by the War Artists’ Advisory Committee.

Exhibitions of Artwork in the UK

There have been two major retrospective exhibitions Spencer's work in London in 1955 and 2001.

There have also been small exhibitions which have focused on particular aspects of his work - such as his paintings of gardens and his first world war paintings.

I own this book - and thoroughly enjoyed it. I'm very sorry I missed the exhibition.

Rated 4.5 out of 5 stars based on 2 customer reviews

I had no idea Spencer had created so many paintings involving gardens. Apparently his paintings of gardens, houses and landscapes in and around Cookham proved to be the more popular of his paintings during his lifetime.

Exhibitions of Artwork in the USA

This book is the catalogue for an exhibition which travelled across the USA in 1997-98. It was displayed at

* the Hirshhorn Museum in Washington

Spencer's contributions to war art in the First World War mainly came towards the end and afterwards.

In the Second World War, Sir Stanley Spencer was commissioned during the War by the War Artists Advisory Committee. He was asked to paint the contribution made by the ship workers and created a series of 8 paintings of the shipyards and the various people who worked to build ships. His paintings also included the working class community of Port Glasgow

Sandham Memorial Chapel was built in the village of Burghclere, Hampshire, England. It is best known as the home of a series of paintings of the First World War by Stanley Spencer.

The chapel was built in the 1920s which is when the paintings were done. The fact that it contains Spencer's paintings now mean that it is rated Grade 1 Listed status by English Heritage.

The National Trust accepted the chapel as a gift in 1947. The Chapel is closed for restoration works. The planned reopening date is the end of July 2014. The address is: Harts Lane, Burghclere, near Newbury, RG20 9JT

Sandham Chapel Paintings - links to where you can see these online

All the paintings and drawings are by Sir Stanley Spencer, CBE, RA (Cookham 1891– Cliveden 1959) 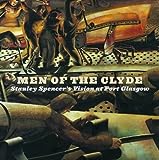 Men of the Clyde: Stanley Spencer's Vision at Port Glasgow

This book is about the paintings which Spencer was commissioned to make of the shipyards at Port Glasgow and Linlithgow. They depict the different trades and activities which come together to build a ship

Art and the Second World War

Christ Preaching at Cookham Regatta: Conversation Between Punts (estimate 3-5 million). This painting belongs to the series painted in the 1950s, which explores the idea of Christ’s presence in his home town of Cookham

Cookham is a village lying next to the River Thames in southern England. It is the birthplace of Stanley Spencer and features in or is the background context for many of his paintings.