London - Voodoo.NEST's designs are influenced by the art of the African natives, a unique combination of urban and tribal patterns and subjects. Our logo is in fact, an African ritual mask. We like to use patterns that remind of the natural wild life, and we love to combine them with urban or imaginary landscapes.

Our aim is to create designs that refer to the wild nature and the ancient culture of the tribes, sometimes combined with modern subjects.

We believe that our work can inspire the new generations to discover the Soul of the Earth, and find a new identity in connection with the spirit of Nature.

Let's get back to the Earth.

Rustic african influence bursting with warm colours in this original artwork by Voodoo.NEST

The mask is the symbol of enlightenment that allows the man-humanity to discover a new state of awareness.

"The roots of humanity" - The first part of the Triptych

This artwork has a profound meaning behind its simple appearance. The planet represents the roots of the world cultures, woven together to become whole again .

The tribal mask is a symbol of illumination.

It leads the human being to a process of awakening, through the reunification with the roots of the culture, and the ancient spiritual awareness, to rebuild a relation with our past and our planet, in connection with our soul, our spirituality.

This artwork is by Voodoo.NEST

"The Journey" - The second part of the Triptych

After the reunification with its origins, the human consciousness is transported to a higher level of awareness, through a spiritual elevation toward the awakening.

This artwork - "The journey" - is the second part of the triptych called "The Planet".

"Enlightenment" - The Third part of the Triptych

"Enlightenment" is the third and final part of the triptych "The Planet". The main theme of the Triptych represents the process of awakening to a superior state of awareness, through a re-conjunction with the primitive roots of the humanity.

After reaching the final stage of the Journey, Human Beings open their eyes to a new level of consciousness.

"The woman in the Hat"

The tribal woman lives in close contact with nature. The mask on her face - again a symbol of enlightenment, awakening - allows each individual to rejoin the primitive roots of humanity.

The woman, wearing the skins of animals - symbol of the wild nature - rediscovers the original Soul of the Earth.

This artwork is by Voodoo.NEST

MÃ£e-de-santo - the African Priestess - In the African-Brazilian religions the priests are the owners of the tradition, knowledge and culture

The priest/priestess is the one responsible to pass the culture on to the new generations because there are no sacred written books.

Mae de Santo - In Portuguese those words means "mother of saint", which is an improper translation from the Yoruba language word "iyalorishÃ¡", a title given to priest women in African religions. [1]

This design by VOODOO.NEST represents a tribal Healer summoning the the powers of Mother Nature.

"VoodooLondon" - An Imaginary view of the CIty - The latest design by Voodoo.NEST

This artwork shows an imaginary view of London, where the power of the nature overtakes the buildings, and brings the civilization back to its primitive state.

So...did you like what you saw? - Vote your favourite artwork! 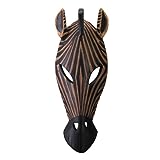 What do you think about the artworks of Voodoo.NEST? - Leave a comment!