This hub is about our true life experience of running an elderly Ford F250 XLT 6.9 diesel pickup truck and in doing so are able to share ( hopefully) some useful information about running an older Ford F250 while at the same time providing an enjoyable read for any fellow Ford truck enthusiasts,

Please feel free to leave comments, questions or suggestions we would love the hear from you.

Disclaimer-Please note I am not a qualified mechanic so follow any advise or procedures on this hubpage at your own risk.

Unfortunately just before the birth of our baby son in September the truck engine began making a weird chuffing noise through the air filter pan and pouring out tons of smoke from the exhaust but after that it would only run with a tow. I took of the rocker cover and did a valve clearance check thinking it had dropped a valve but all the clearances seemed ok and the valves all seemed to close properly but due to circumstances I had to just park the old girl up and use it for storage. The truck is now for sale for parts or repair, It is located on Bowen Island so the buyer would need to make arrangements for it`s transportation.

Has a new lift pump and a new heavy duty clutch fitted approximately 2 years ago.

The long box is in great shape with virtually no corrosion and is not full of dents because the original owner of the truck used it for a camper body.

The truck sits on heavy duty springs and carrying loads is no problem.

Both front outer wings (fenders) are a bit rough but the rest of the cab is in good overall shape.

New lift pump that you can read about here 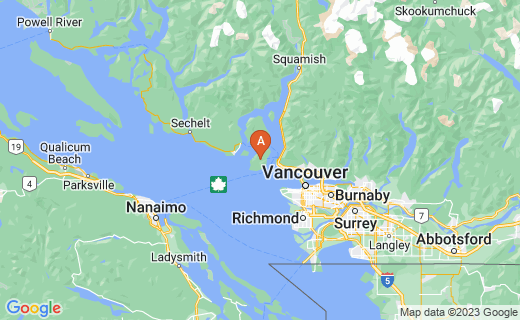 I first came to Canada on a visit from the UK in 2007 and met my beautiful wife to be..

In 2008 after I returned to BC we decided that we needed our own transport as living on Bowen Island near West Vancouver out in "the sticks"transport is vital so I began looking on craigslist for a suitable vehicle. Common sense said we should buy a sensible small car given our very limited budget- maybe a small Toyota or similar- but being from the UK I know the wisdom in buying a diesel for the huge fuel economy advantage so a diesel it would have to be .

However after searching on Craigslist & similar, it became obvious that the Canadian second hand car market is a real mishmash, with people asking ridiculous prices for all sorts of clapped out junk! After looking at many overpriced wrecks, we eventually ended up in Abbotsford BC at the end of a very long day to view a 1983 Ford F250 6.9 XLT Diesel pick up truck.

As we looked around this old Ford F250 I could see quite a few problems such as badly worn tires a small amount of rust here & there on the cab a pretty big millage but still nothing huge compared to what we had seen earlier that day so I made a really cheeky offer of nearly half of the asking price, after the seller got over the shock of my offer & his wife urging him to take it we shook hands on the deal and the Ford truck was ours.

I climbed aboard to set off home but was shocked myself when I let the clutch out and the "Ford F250" barely moved due to its ultra low diff-ratio- anyway I soon got used to moving of in 2nd gear even 3rd in some situations.

In truth being from the UK I was not really familiar with these American Ford diesel trucks so it was a bit of a gamble buying it blindly so to speak but my reasoning is it`s such a robust & simple vehicle and much more useful than some weary little car and this has proved very true indeed.

Once home I set about finding as much out about our "new"old Ford F250 as I could.

Having looked around her I was pleasantly surprised at the condition and the many new parts the previous owner had fitted, The 6.9 Navistar Ford diesel engine was sweet with plenty of power although it did smoke quite a bit on start-up!

6.9 Navistar does a kangaroo impersonation!

When we first got our Ford F250 it was running pretty well but with quite a bit of smoke at start-up especially when the 6.9 Navistar diesel engine was cold but then cleared up quite quickly, although a few people did tell me that they got a good lung full of diesel fumes when following us in their ever so environmentally friendly modern cars. After taking no notice of their whinging I did start to notice that it was becoming slightly more reluctant to start so decided to treat her to some new heater plugs,

Well that helped the starting no end but the smoke persisted and became gradually worse, the engine began to develop some weird characteristics the most worrying of which was accelerating on its own while driving along usually at the point when the cold start solenoid backed of!

Then a strange judder in top (4th) gear as though it was starved of fuel so on went a new fuel filter resulting in no change whatsoever until finally becoming unsafe to drive ,

Time to get stuck-in and sort the old girl out !

Being our only means of transport I was somewhat reluctant to open a huge can of worms and discover that the fuel injection pump was the problem and would need replacing, This being costly and with my modest (woefully inadequate) toolkit not a fun proposition.

After lots of reading up on the "tinternet" I found that the fuel pickups in the fuel tanks on these Ford trucks have a tendency to break off about a third of the way up the pipe and then the fuel slopping about foams & introduces air into the system giving similar symptoms so it`s a good idea to keep the fuel level high just in case this has happened.

However this is not an option on my front tank as it has a leak on the seam where the tank is joined so I tend to keep the rear tank quite full and use the front as a reserve.

I started by replacing all the rubber pipes starting at the rear tank and worked towards the engine. The truck had been fitted with some very impressive looking heavy duty rubber piping some time in the past & it seemed unlikely that they were the problem, but as I loosened the hose clips they just slid easily off the steel line so it`s probable that it was sucking air from all over the place, Lesson there to be learned I think.

You can read about replacing the lift pump on our 1983 Ford F250 diesel here.

After refurbishing the diesel fuel system with a new lift pump and injector seals etc I enlisted my wife`s help to operate the key.While the 6.9 Navistar engine was being cranked I depressed the schrader valve to purge any air out of the fuel system noting that it came through very quickly compared to the old pump.

Once the air was gone the engine started right up and ran great with non of the temperamental drama that had slowly become part of our everyday life. And gone were the clouds of smoke that usually accompanied any cold start up.

Time for a test drive..

So off we went enjoying the new smooth (for our old Ford that is! ) power. As we approached a downhill junction I began to apply the brakes only to feel the brake pedal go straight to the floor with a squelchy feeling (much like the one in my underpants!) Needing to "scrub off" what speed we had achieved with our super smooth engine, I stood on the emergency brake pedal immediately locking up the rear wheels as we sailed through the junction that was thankfully deserted .

Once we stopped I looked underneath to find the driver`s front wheel covered in brake fluid where a corroded original steel brake pipe had broken off clean .It had rusted as thin as rice paper.

"Oh well that was fun with a capital F!"

As we limped back to base in our super low 1st gear we had time to admire the grooves in the newly repaired tarmac that the back tire had ripped up on the road.

I have to admit that apart from fitting new front brake pads on our F250, I had not examined the brake pipes thoroughly. Had I done so, I would have realized that because our old Ford was built in 1983 it is not fitted with a duel line brake system, but a single line system- so if a pipe goes there is no back up except the emergency foot brake and down shifting quickly.

So after fitting a new brake line it was time for a very detailed checking of all the pipes especially where they bend sharply or pass through chassis frames etc.

I then covered them in grease for protection although after this little under pant ruining incident I will be keeping a close beady little eye on our old truck`s braking system.

Here is a very comprehensive description of this procedure on how to overhaul the rear brakes, I found this extremely useful so would recommend you go to this great site A Boy and his jeep This guy has done a great job with very clear instructions on overhauling the brakes on a Dana axle.

I hope you enjoyed reading about our ups and downs with our old Ford F250.

There is a wealth of information to be found on these Ford diesel truck forums they are well worth joining.

The 6.9L IDI was an iconic engine in the diesel automotive industry & helped reshape the tarnished image of diesel trucks

Ford 6.9 IDI diesel How To Change a fuel lift pump
If you are fitting a new lift pump on a 1983 Ford 6.9 diesel truck fitted with the Navistar engine then reading this lens could save you a lot of work & ...

Corner Shelf Made By Me and Horses` Teeth
How to build a beautiful corner shelf tutorial using scrap horse fence rails. In this lens I will show you how you can turn discarded horse chewed wood into ...

Just a brief update on this old 1983 truck. It has sat gathering moss dust and algae for quite a few months now looking unloved and unwanted but I have decided to bring the old girl back to life as soon as funds and circumstances allow. I am just unsure how soon that will be,

Anyway as soon as I begin to make a move on this I will post it here. Meanwhile I just want to thank everyone who has read this lens and left a comment.

Why not leave a comment while you are here!