I love to write about all sorts of subjects including Motorbiking, Touring. The pictures, most of them are taken whilst riding pillion.

Suzuki Bandit in all her glory!

A pillion passengers view on the prospects of touring.

We all love our yearly holiday. that's if we are lucky enough to be able to afford one.

My idea of a lovely holiday used to be sitting on a beach, taking in the rays and watching the world go by.

Now I have always been a keen motor biker, that is pillion passenger on a motorbike.

Slightly different to being the rider. Which I'll touch on later in my hub.

This year my husband and I have decided that we are going to ditch the beach holiday and tour. The idea is to take the ferry from Portsmouth to Santander and eventually end up in Perpignan.

My initial reaction when discussing this was one of pure excitement, I think that is the word I would use. After digesting the idea it then became panic. Why, because I am a women who loves nothing more than looking and feeling great, something that unfortunately the motorbike strips me of!

Whilst my husband is busying himself with the route and accommodation and ensuring that the bike are ready for our exciting new venture, I have my own issues and challenges to overcome which I would like to share with you.

Now as a pillion passenger I have one or two things that I need to think about myself, seeing that I'm not really involved in the route or the accommodation, as far as hubby is concerned I'm the weight that he has to carry along with the paniers etc.

Firstly, how am I going to get my leathers on? I sense you're wondering whether I ate to many mince pies at christmas, well yes I did and I know for a fact that I will not, most definitely be able to get them on!

Ok, I here you say diet and exercise, yes, I know more of both will help in me removing the stone (I think that is how much I have gained over the last year since our last beaching holiday!) by the end of April.

My next problem is my hair, most riders will say you can't worry about your hair when you are going touring! You have to resign yourself to the fact that your hair is going to look a total mess for the whole holiday. Well, I would like riders to be slightly more accommodating towards the pillion passenger when it comes to how we wish to look and feel during the touring experience.

What I mean by this is that when the passenger expresses frustration at the fact that they can't be looking their best on a tour, that the rider does not expect them too look as they would if they were going on a normal holiday!

An example would be when you stop for a break, a coffee at a service station, the passenger gets of off the bike, removes her crash helmet, her hair has stuck to her head where she has been riding for a number of hours and the rider turns around and instantly says " Oh my god, what's happened to your hair!"

Now this happens generally every Sunday when we ride the lovely countryside in the UK and I tend to shrug the insult away, however that said will I be able to control my temper with the rider if we are on a tour! I don't think so!

So some advice could be given to riders, like my hubby, obssessed with riding and not really thinking too much about the passenger except for how much she weighs and the effect it will have on their riding. All we ask for is a little bit of compassion. This could be just lying and saying to the passenger when they remove their crash helmet in a lighthearted way I hasten to add " perhaps you would like to go too the ladies and freshen up" , this could mean a number of things and wouldn't mean the obvious that the passenger's hair is a mess and everyone can see it!

So just a little thought on the hair issue, gently does it because it could make all the difference to a successful tour. 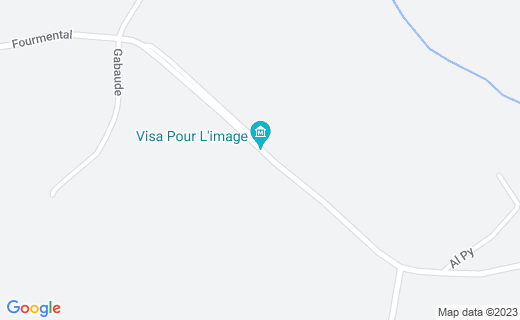 Moving on to the packing, I have been told that I have one panier.

One panier, for a whole seventeen days! Are you having a laugh! Me, one panier!

Now, looking at the situation realistically, I am never going to be able to get everything that I want to take on my main holiday into one panier. So I approach this huge problem I have with my husband, who I think could have been more reasonable about the situation. Instead he was very serious about it, no compromise, one panier and that is all there is to it!

My advice here would be to be a little bit more sympathetic with the pillion passenger especially if like me she is used to being overweight with what she carries on her holiday, (that's normally just the luggage not me as well!)

My hubby could have said, lay out what you would like to take and we will go through it and remove what you do not necessarily need to take, and then I will give you your panier and you can try to fit it all in the panier. Now, that would then make it a lot easier to understand the situation for the passenger, because it would become quite obvious that those lovely clothes that you save all year to wear on holiday (that's if your a woman and the missis!) will have to be returned to the wardrobe until the following year when the beach holiday seems already the better option of the two!

Ok, so now I have to decide what is the best way forward.

Im wearing my leathers, the main item for the tour, boots, crash helmet, scarf, socks, underwear and I pressume just a short sleeved vest, oh and yes leggings to keep me warm.

This is crazy, the more I think about my luggage the more exasperated I am becoming, I have worked it out that I can only fit in one pair of jeans, one pair of shorts, a couple of t-shirts one bikini, half of the underwear that I would normally take, (clean for everyday of the holiday!) no books, no lotions to pamper myself with! Yuck, Im starting to be put off of this idea already.

To put it into perspective for you, I would normally take a dress or two for every day of the holiday, three pairs of shorts, a weeks supply of bikinis and underwear for the whole fortnight! So you can now see the dilemma that us women (well, some of us!) have to face when being presented with one panier.

Taking a deep breath and looking over at my hubby who is overwhelmed with the whole idea of this exciting new challenge that we are embarking on, I face defeat and try to feel as positive as he does.

Short breaks and no tipples at lunchtime!

Now this really takes the biscuit!

I understand that we shouldn't and don't drink and drive, however that said as a pillion there is nothing more I like when on holiday other than a glass of nice dry white wine before climbing back on the bike for the afternoon ride!

Not allowed this time, touring on new roads, will need me to be the sat nav!

I'm biting my lip now, the thought of travelling hundreds of miles(I haven't asked him the exact amount of miles, due to the pain that I can feel that I am sure I will experience with this adventure!) without so much as a tipple before we reach our final destination is to say the least quite daunting.

My hubby is not a drinker, hence his passion for riding for miles on end without a break, on the other hand I like a tipple now and again, and this tour and the sites had better be up to standard or I can see yet again during my writing this hub, next year being a beach holiday!

I bet you don't answer my poll truthfully!

Do you as a pillion passenger drink alcohol when riding (on the back! Nice glass of Chardonnay!)Try to answer truthfully!!

Man and his toy!

Stopping at the request of the pillion passenger

In my experiences on our weekend ride outs we stop when hubby wishes to stop. Should this be the case with a tour?

I know that you have to cover a lot of miles to achieve the set amount of distance that the rider has planned for the tour, however that said would I be ok to ask the rider to stop if my backside can stand no more?

Will this affect the tour and plan too much?

Response, what do you think?

To summarise my view of touring and the prospects

I just cannot wait until next time!