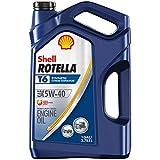 The price of gas has gone down but that doesn’t mean that people are letting go of their concerns about getting good gas mileage from their vehicles. Withy the economy in a precarious state and worries about environmental concerns still high, people continue to be interested in finding the best gas mileage cars that they can get even though the price per gallon of gas isn’t in quite the fearsome place it was in during much of 2008.

If you’re looking into purchasing a new car in 2009 and you’ve got an eye towards getting a car with some good gas mileage then here are some of the top picks that you’ll want to think about purchasing (note that the gas mileage listed below is an average and that there’s sometimes a big difference between mpg in the city and those on the highway):

People who want a green car tend to still think of the Toyota Prius first and foremost. There’s a reason for that. This hybrid vehicle gets the best gas mileage of almost all cars on the road today (nearly fifty miles to the gallon) and it’s a reliable car that’s roomy enough for families. It should be noted, however, that the base price of the Toyota Prius has gone up over the years. It’s still a great car if you’re looking just at fuel efficiency but if you also want to take other things into consideration when buying a car this year then you may want to at least consider some of the other great gas mileage cars on this list.

The Toyota Camry has long been a popular car for average drivers who are seeking a reliable vehicle that gets good gas mileage and is affordable enough to drive off of the lot on a basic budget. Even the hybrid version of the Toyota Camry is affordable for most people who are seeking to purchase a new car in 2009. And since it is a hybrid it does get terrific gas mileage; it gets over 35 miles per gallon steadily and can sometimes get over 40 miles per gallon.

There are some people who prefer Hondas to Toyotas so someone who may otherwise purchase the Camry hybrid may look instead at the Civic hybrid. By most accounts this car gets slightly better gas mileage than the Camry but the difference is negligible. Both are good cars and they both get great gas mileage so it’s really a matter of personal preference in terms of the qualities of the car that aren’t related to fuel efficiency.

There is a reason that a lot of people are turning towards smaller cars these days and that’s because smaller cars tend to get the best gas mileage. That’s true of the new MINI Cooper cars which are small in size and great on gas. They get over 30 miles per gallon so you can go and go for quite awhile in comparison to many of the larger cars that are out there on the road. If you need a little bit more room than a MINI Cooper can give you, perhaps you’d do well to get a MINI Clubman which is a new vehicle that has the same edgy style as the MINI Cooper with a little more legroom.

If you’re really looking for a small car then perhaps a two-seater Smart car would be more up your alley. This isn’t the right car for most people but there’s a certain segment of car buyer (particularly single folks living in urban areas where parking is limited) who want a tiny vehicle. This one is tiny all right and it gets over 30 mpg so it’s easy on the pocketbook at the gas station.

The Jetta is a car that often gets overlooked by the average driver but actually gets some decent attention from those drivers who are truly concerned with getting good gas mileage. That’s because it’s a car that doesn’t require a hybrid engine to get the kind of great gas mileage that you would expect from a hybrid car. It’s easy to get about 35 miles per gallon with this car and these are well-made cars that will last you a long time which is something that the person purchasing a vehicle in 2009 is probably concerned about. There is some variation in the fuel efficiency between the different types of Jettas (sportwagens, diesels, manual transmissions) but they all get good gas mileage.

Personally I’m not a huge fan of this car because it’s kind of basic without a lot of frills and the design of the vehicle isn’t aesthetically appealing to me. Nevertheless, it is a solid car and it’s one that gets good gas mileage without costing you a lot in terms of the purchase of the vehicle itself (the car only costs around $12000). There are 2-door, 4-door and 5-door versions of the Toyota Yaris and they all get good gas mileage (averaging about 30 miles per gallon according to most reports) but the 2-door version gets slightly better gas mileage than the other options for this car.

People aren’t as inclined to purchase a big vehicle these days but that doesn’t mean that there aren’t at least a few SUV buyers out there. The Ford Escape Hybrid is a good choice for the individual who still wants the luxury of an SUV (although technically this is a crossover or CUV) but who also wants to get a good deal in terms of the gas mileage of the vehicle. Since it’s well built and it’s got a hybrid engine, this 2009 vehicle gets over 30 miles to the gallon.

There is one more vehicle that falls right in line with the Ford Escape and Mercury Mariner Hybrids and that’s the Mazda Tribute. Again, it’s really similar to those cars in terms of the miles per gallon, the total car cost and the size of the vehicle so you just have to try them out and see which of these good gas mileage CUVs is right for you.

Another type of large vehicle that some people may continue to take an interest in despite an overall decline in the popularity of the car type is the station wagon. The Honda Fit is considered to be a small station wagon and the most fuel efficient in its category of cars. It gets over 30 miles per gallon which is good for a car of its size.

Note: The information for this hub was compiled through research at the sites shown in the links below.