The History of Alfa Romeo Passion

"If I can liken the whole global car industry to the human body, Toyota is the brain, Aston Martin is the face, Cadillac is the stomach and Alfa Romeo... is the heart and soul"

There are a lot of car brands that inspire a fierce loyalty in their drivers. In the US, you have people who would rather sell a kidney than be caught dead driving anything but a Ford, in other circles, there are some who refuse to touch anything but a Porsche, or more specifically, a Porsche 911, while many believe that they should’ve just stopped designing new cars after they came up with the Studebaker.

A very few brands, however, have inspired as ferocious a loyalty as the Alfa Romeo. You’ve probably met music fans who have their living room stacked floor to ceiling with nothing but Bob Dylan and Bob Dylan-related acts, or guitarists who would rather give up their passion altogether than play anything but a Gibson, well, it’s kind of the same thing with Alfas. Something about the brand inspires their drivers to ask “Why do the other carmakers even bother?”

Getting into what, exactly, inspires what you might call “enthusiast tunnel vision syndrome” is a bit complicated.

Starting from the beginning, Alfa Romeo began back in 1906 as SAID, or Societa Anonima Italiana Darracq. Founded by Alexandre Darracq Automobile Firm with some Italian investors, the factory was built in the Milan suburb of Portello across 6,700 square metres of land.

Initially, these pre-Alfa SAIDs actually sold somewhat slowly (as such, many of them are serious collectors items today, like the 1908 Darracq 8/10 HP), so Ugo Stella, then chairman of the company, and some of the Italian investors decided to revamp their whole approach, starting a new company named A.L.F.A., for Anonima Lombarda Fabbrica Automobili, initially still in partnership with Darracq. The first true, non-Darracq Alfa was the 1910 24 HP, designed by Giuseppe Merosi, a car designer who had been hired to create something more appealing to the Italian driver.

Merosi took the brand in a whole new direction, aiming to equip their cars with more powerful engines in the forty to sixty horsepower range. Through Merosi’s work, A.L.F.A. would also explore motor sports, entering a 1911 Targa Florio into the Grand Prix.

Thanks to Merosi’s vision, A.L.F.A. quickly established a name for itself as a carmaker known for speed and power.

The company took a three year hiatus during World War I, but came back in full force in August of 1915, when the company came under the control of Nicola Romeo, a Neapolitan entrepreneur. Romeo converted the factory to produce military hardware for the Italian and Allied forces, including munitions and aircraft engines. This turned quite a profit, and Romeo would go on to invest those in locomotive and railway carriage plants after the war.

Initially, Romeo actually had no interest in automobiles, but in 1919, it had come to his attention that there were parts for 105 unfinished cars still lying around the factory, so, being an entrepreneur, remember, he changed the name of the company to Alfa Romeo and released the first true Alfa Romeo, the Torpedo 20-30 HP. A year later, Giuseppe Campari won at Mugello in one such car, with this success being followed closely by Enzo Ferrari’s second place win at Targa Florio.

Having stumbled upon something big, Romeo brought Giuseppe Merosi in once again as head designer and immediately put him to work creating reliable, but powerful road cars, while the company kept their brand name strong by competing in further endurance races. Since then, the brand has continued in the same spirit, producing hundreds of iconic cars over the years.

Simply put, you’re not likely to find a vehicle as reliable, as powerful, and as well made as an Alfa Romeo. The company has focused on high-end sports and F1 cars as well as affordable road cars, making Alfas accessible to everyone, not only professional racers and the incredibly wealthy. Many ‘Alfista’ (Alfa Romeo drivers) simply stumbled upon the brand, having bought an Alfa because they’d heard it was a pretty good car, and from there, fell in love with the way the car drives, and going on to develop a healthy obsession with the brand in all its forms.

The Alfa Romeo 8C - Can A Car Ever be Called Art? 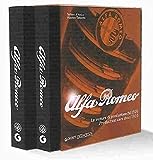 Amongst them you’ll find none other than James Bond himself, Roger Moore, who became forever linked with the GTV6 after swiping one in Octopussy and handily outrunning the police pursuing in BMW-5 series (you can’t ask for much better publicity than showing one of your flagship cars outperforming a BMW), as well as driving the same model himself in real life, and F1 racer Michael Schumacher, who used a Giuletta Super as his personal vehicle.

In fact, Alfas have appeared in three different Bond flicks. Besides Octopussy, the brand also appeared in For Your Eyes Only, when a number of Blue Polizia Alfettas are seen driving straight up a snowy mountainside in a single unbroken shot, and in Quantum of Solace, where special attention was paid to the distinctive Big V-6 sound the Alfas produce. Not to mention The International, where Clive Owen, the actor who came this close to being the next Bond, drives an Alfa Romeo 164.

Then there’s Michael Corleone’s Alfa Romeo 6C from The Godfather and Maria Corleone’s red Spider, Dustin Hoffman’s Spider from The Graduate, driven during the famous Here’s to you Mrs. Robinson scene, we could go on and on, but the point is that the appeal of the Alfa Romeo is twofold…

First, the Alfista enjoy the power their cars boast, they enjoy the smoothness in how they drive and the tight control they have over the vehicle, and second, there’s the mythology of the Alfa. The Alfa is a legend in F1 and the Mille Miglia, it’s one of James Bond’s favourite cars, and the red Spider is just about the most iconic cinematic car this side of the Batmobile. It’s not just the car, it’s the legend of the brand.