Just over the Wisconsin border and within 60 minutes of Chicago, there is a magnificent indoor car show that ranks with any in the Midwest. Classics and Chrome is more than a premier car show that presents the best of the best, it's a tapestry of transportation paying homage to more than 100 outstanding cars, motorcycles and unique vehicles. Multi-million dollar one-off prototypes, cars with a history of innovation, cars with a grand pedigree of great design, cars which push the limits of speed and performance. It's where Fast meets the Past. This year's lineup features 100 years of Indy Cars in honor of the 100th anniversary of the Indianapolis Motor Speedway side by side with antiques, exotics and the truly unique 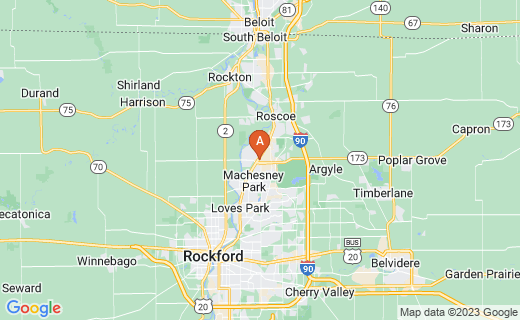 The rolling art this year will include rare and exclusive automobiles such as a Ferrari prototype which has the appearance more of a fine art sculpture than an automobile.

One of One - Brook Stevens Prototypes

Another exciting piece is a piece of history - a "one of one" - very rare car - a prototype from the world famous Harley Davidson designer Brook Stevens called the Excalibur.

Brook Stevens built three prototypes that never went into production. Two of Brook Stevens' three prototypes will be displayed at Classics and Chrome 2011. If you are not familiar with Brook Stevens, you know his iconic work - Stevens is the "father" of the Harley design that remains the iconic design to this day. This Excalibur prototype was lovingly restored by his son and is not just a tribute to a great car designer but a tribute to the history of transportation. Innovation in cars and technology can only accomplished through the ingenuity and creativity of these great men - their work - their life - their accomplishments must be honored in order for us to appreciate the milestones in American history.

Also, not often seen but always appreciated is a rare and beautiful Kaiser Darrin.

And while all of the cars are beautiful some are ultra-high performance! This year the spotlight falls on Dom Paris' antique Dragster which is so powerful that the double Hemi engines were outlawed by the NHRA. Now you can see it in person.

From fast to exotic, from performance vehicles to pieces of art, the Classics and Chrome Car Show has something to please every member of the family.

The indoor car show will showcase over 100 - the best of the best - in the world! To give you a quick preview check out these 7 superb examples of rolling art:

The April 2011 Classics and Chrome Show was held in Machesney Park, Illinois, just north of Rockford, Illinois off of Interstate Highway 90 near the Wisconsin Illinois border, a convenient drive from the suburbs of Chicago, Milwaukee and Madison.

Some cars are not just cars, some cars are truly pieces of art. That is true for the British-French car Talbot Lago. A car with distinctive lines, exquisite dimension that even art aficionados and car fanciers alike will find themselves drooling over.

I saw a Talbot Lago once and immediately fell in love. It was in Barrington, Illinois on a beautiful fall day. The car is a piece of art - the lines the symmetry, the colors - unbelievable. These cars have sold for over $3 million dollars. Talbot-Lago is manufactured in Suresnes, Paris. Leave it to the French to create an absolute work of art - with wheels and even a car engine!

Talbot-Largo originally under the name of Sunbeam-Talbot-Darracq. This organization collapsed in 1935 and was revived by the French Talbot company under the guidance of Anthony Lago (1893-1960).

Can't you just see Batman and Robin driving this car?! A car built for the personality of a true super hero by a small yet very elite car company called HGR in England.

Only 241 cars were ever manufactured with an estimated 225 surviving. This car has an elite list of racing accomplishments.

Owners of the HGRs commonly call their cars "Hurgs" and continue camaraderie an owners organisation in the HRG Association.

This Top Fuel dragster is sponsored by the legendary rock band Cheap Trick. You will remember many of their songs. One of my favorites is I Want You to Want Me but their list of hits is quite impressive - you will remember many more - Surrender, Dream Police and the list goes on - bringing back great memories.

What is a Hemi?

A Hemi engine (from hemisphere) is an internal combustion engine in which the roof of each cylinder's combustion chambers is of hemispherical form.

Cheap Trick - I Want You to Want Me

In the state of Illinois, April 1st is Cheap Trick Day! 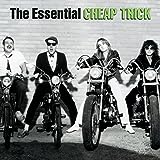 Prototype - One of One Excaliber Hawk 1963

Brook Stevens - Premier Designer of Transportation - From Cars to Motorcycles

Brook Stevens is the famed automobile designer best known for his iconic design of the 1962 Studebaker Gran Turismo Hawk. During the 1964-66 time frame, Brook designed three automobiles that never went to production. Two of Brook Stevens' Excalibur prototypes will be on display at Classics and Chrome April 16th and 17th 2011.

David Stevens, son of Brook Stevens has painstakingly restored his father's prototype of the 1963 Excaliber - a car that was never produced - a car that is a one of a one.

The Kaiser Darrin also innovated a pocket door design that added to the sleekness of this first class automobile. This elite car is very special in its innovations and also in its rarity. If you ever have a chance to view one up close, spend some time, this car is special! In 1954, only 435 were ever made! Of course, Classics and Chrome is one of the few places in the world to openly gawk at this one-of-a-kind bow to history.

Henry Kaiser Sought to Compete with the Big Three

Henry Kaiser was an innovator who team with Joe Frazer to create a new car company. Frazer was an experienced car engineer.

The top three car manufacturers called the "big three" fought a bloody battle against Kaiser and Frazer. Sadly, Kaisers are no longer in production. Yet the history of Kaiser remains with us as a tribute to innovation and a reminder that oliogopolies are hard to compete against.

Which of the 7 iconic cars listed here is YOUR personal favorite?

The Cars are the Stars

History offers us a glimpse into our past in order to move more smoothly through the future. Innovation and creativity are hallmarks of the American culture. Thank you for allowing me to share with you a celebration of the best of the best in automobile history including: