I don’t know about you, but I feel that the future has somehow gypped me. I grew up watching The Jetsons and other shows in the future, and they all had one thing in common: flying cars. You know something? I think the Jetsons was supposed to take place in the year 2000, back when we thought that was really far away or something. Even in Back to the Future II, which begins in the year 2015, had hover-converted cars, and this is less than a decade away. Did we think that was plenty of time to manufacture flying cars when this film was first released in 1989?

Fortunately, we are catching up. Paul Moeller, founder of Moeller International, has been trying for forty years to make our autos take flight. His first model, the XM-2, could hover, but not much else. Moeller International is now a company who has become most famous for a red flying car prototype that looks very, very cool. If you haven’t seen it, check out the pic of the M400, modeled after a Harrier jet. Moeller is now developing a disk shaped hovercraft which might do the job just as well.

Moeller International has recently started manufacturing the M200G volantor, which is a hovercraft built for the open market. This machine can fly 10 feet off of the ground with a cruising speed of 50 mph. The M200G has two engines, air-cooled and water-cooled, which are powered by eight Rotapower rotary engines.

Believe it or not, the M200G is not classified as an aircraft, but a recreation device. This means that anyone can operate one, presumably without an FAA license. You had better be prepared to shell out a lot, because rumor has it that these flying saucers are available at about $90,000 to $125,000 each.

There has no official date announced, but something tells me it will take a long time before the skies are filled with these flying saucers. I wonder whether that will be our lifetime, but I’m certain that there would have to be a lot of bureaucratic red tape to cut through before that happens.

In this case, the bureaucracy might be good. Something tells me there are a lot of unintended consequences that will rain down upon us as our automobiles take to the skies. For example, what happens when they break down? You can’t pull over to the side of the road when you’re in the air. Don’t even get me started on air traffic control. A flying car will give you some freedom, but believe me, there will still be roads. 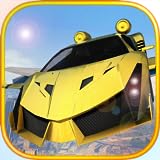