Turn Back The Hands Of Time

The Words Of A Mother's Loss

I AM A MOTHER OF 2 SONS THAT DIED DUE TO ALCOHOL RELATED WRECKS. ONE WAS 22 AND ONE JUST TURNED 16 YEARS OLD. THESE BOYS WERE GREAT BOYS.THE TWO BEST SONS IN THE WHOLE WORLD.THE WRECKS WERE 1 YEAR AND EIGHT MONTHS APART.MY FIRST BORN CHILD DIED FIRST OCT 2ND 2004 HE WRECKED OCT.6TH HE PASSED, WE BURIED HIM ONE MONTH AFTER HIS 22ND BIRTHDAY ON OCT 9TH 2004... I HEARD MY CHILD HAD BEEN DRINKING SOME, HE CAME AROUND A CURVE TRAVELING TO FAST AND LOST CONTROL OF HIS Z-71 PICKUP TRUCK.THE TRUCK FLIPPED THREE TIMES BEFORE LANDING AGAINST A HUGE TREE. MY SON WAS EJECTED FROM THE VEHICLE.HE SUFFERED A BRAIN INJURY, HE LOST HIS RIGHT EYE. MY SON SUFFERED THREE STROKES BEFORE PASSING ON OCT 6TH 2004. THIS WAS SO DEVASTEING FOR OUR FAMILY.JEREMY OVERSTREET WAS MY SONS NAME.WE WERE FROM GROVE HILL, ALABAMA. MY SECOND SON WAS RIDEING AROUND WITH A FREIND, HE WAS ALSO THE BEST FREIND TO MY FIRST SON JEREMY. ALAN HAD JUST TURNED 16 IN MARCH. JAKE WAS THE DRIVER AND HE WAS UNDER THE INFLUENCE OF ALCOHOL, ALSO HEARD OTHER SUBSTANCES. MY SON WAS SOBER, JAKE THE DRIVER WAS ALSO GOING TO FAST, CAME AROUND A SHARP CURVE LOSEING CONTROL ON LOOSE GRAVEL AT A HIGH RATE OF SPEED.THE VEHICLE FLIPPED SEVERAL TIMES, MY SON WAS EJECTED FROM THE VEHICLE AND IT LANDED PARTIALLY ON HIS BODY CAUSING BLUNT FORCE TRAUMA, HE DIED SHORTLY AFTER GETTING TO HOSPITAL. PLEASE READ AND SEE THE POINTS IM TRYING TO MAKE ABOUT DRINKING AND DRIVING. IT KILLS. ITS NOT WORTH IT. SAVE A LIFE-DONT TAKE A LIFE....EVERYONE HAS A CHOICE, PLEASE THINK BEFORE YOU DRINK.PLEASE DONT DRINK AND DRIVE....PLEASE POST THIS ON EVERY SITE AVAILABLE FOR MY BOYS TO BE REMEMBERED, IN HONOR OF THEM, PLEASE PASS THE COMMENT AROUND TO HELP OTHERS. IF I COULD SAVE JUST ONE LIFE,I WOULD KNOW MY SONS DEATH HAS HELPED SOMEONE REALIZE THE EFFECTS OF DRINKING AND DRIVING... THANK YOU SO MUCH. GOD BLESS THIS MESSAGE TO REACH THE ONES NEEDED TO READ. THANK YOU, PAULA OVERSTREET

IN LOVING MEMORY OF MY TWO PRECIOUS SONS JEREMY OVERSTREET-NICKNAME GOMU- AND NATHAN ALAN OVERSTREET NICKNAME ALLEY-CAT AND LITTLE GOMU.. PLEASE HEED ALL WARNINGS OF DRINKING AND DRIVING. ITS THE HOLIDAYS AND SO MANY PARTYS ARE GOING ON AND THE NEW YEARS EVE PARTYS ARE ON THERE WAY SOON. PLEASE DONT DRINK AND DRIVE. SAVE A LIFE DONT TAKE A LIFE. LIFE IS TO PRECIOUS TO RISK. EVERYONE MAKES MISTAKES,BUT SOMETIMES THE MISTAKES YOU MAKE COULD COST YOU YOUR LIFE OR YOUR FRIENDS LIFE OR EVEN A FAMILY MEMBERS LIFE. MIXING ALCOHOL AND DRIVING IS A CHOICE YOU MAKE,SO DONT DO IT. YOU HAVE A CHOICE,SO DONT MAKE THE WRONGE ONE, IT COULD COST YOU TIME IN JAIL, YOU WILL NEVER BE ABLE TO GET OVER THE DEATH OF SOMEONE THAT YOU KNOW YOU KILLED BECAUSE YOU CHOOSE TO DRINK AND DRIVE.PLEASE DONT DRINK AND DRIVE. REMEMBER MY TWO SONS, THINK OF HOW YOUNG THEY WERE, THINK OF ALL THE FAMILY THAT MISSES THEM, THINK OF ALL THE FREINDS THAT CANT SEEM TO GO ON WITHOUT THEM. PLEASE REMEMBER TO HELP EACH OTHER, FREINDS DONT LET FRIENDS DRIVE DRUNK. EVEN ONE OR TWO BEERS CAN GET YOU PUT IN JAIL FOR KILLING SOMEONE BY DRINKING AND DRIVING. PLEASE PLEASE HEED MY WARNINGS. IM ONLY TRYING TO HELP OTHERS LIVE.IM TRYING TO SAVE AS MANY LIVES AS I CAN. I DONT WANT ANY MOTHER TO GO THREW WHAT IVE BEEN THREW. THANKS SO MUCH FOR READING. DRINKING AND DRIVING KILLS,PLEASE DONT DRINK AND DRIVE......GOD BLESS YOU ALL. HAVE A SAFE AND HAPPY HOLIDAY SEASON. THANK YOU,PAULA OVERSTREET -MISSING MY TWO SONS JEREMY AND ALAN OVERSTREET OF GROVE HILL, ALABAMA

The words that you read from Paula Overstreet above were her exact words and I will not take nor remove from them.

When shuffling through my comments I ran across words of pain, a mother's loss that was so unprecedented one could not fathom what she was enduring. Finding myself reading her words over and over again, it touched my heart she not only lost one but two children due to drinking and driving. Many of you have read " A True Story About Drinking and Driving which was a hub dedicated to a man that we called our father. We like so many have lost a beloved family member to drinking and driving. When I read the comments on that particular hub from Paula Overstreet those were words of pain from a mother who was yelling out for someone to listen. She wants the memory of her sons not to be in vain but a reminder that drunk driving doesn't effect certain people, it effects all of us from every walk of life.

Today there is a story to tell of a woman who loved her sons more then life itself, a woman who mourns the death of her boys. She certainly does not say her sons were perfect if any of us believe our children are then we need to seek counseling. With advanced technology, television., both parents working, peer pressure all of these play a large part on our children's lives. Some of our children suffer depression others suffer broken homes and there are the many who just merely chose to run with the wrong crowd because they are looking for someone to listen.

Many of us as young teens were curious we would experiment with things we should not have, just trying to fit into the crowd. We never thought for a moment that an irresponsible decision could lead to pain that a parent could not endure. Many of us believe that we should go before our children, but when they die unexpectedly before us the what ifs and what if I could have? begins to set in, anger becomes excruciating and we find ourselves asking why?

Drinking and driving does not effect just the poor or middle class it effects the wealthy, children at a certain age begin to get a mindset of there own and when we believe that they are the perfect child we do not pay close attention finding ourselves in the same predicament as a person 200 miles from where we live. I am certain Paula Overstreet was a wonderful mother who loved her boys with all of her heart, she had dreams when they were small imagining what they would be like when they became grown men. Maybe her oldest son had wanted to go to college and become a doctor or join the military, her youngest an Artist or Writer or maybe he wanted to travel the world. Parents cannot foresee the future and her outlook for her only two boys was one of peace and solitude without a thought crossing her mind that she would lose both of them at such a young age, snuffed out by alcohol related deaths due to society and peer pressure. We cannot blame the parenting or the parent but we should not be making comments such as such as , " Look how they live?", " They were trouble to begin with!" " They were running with the run crowd!", " Where were their parents?" we as parents can only protect them and bring them up the best that we can. We can instill, love, protect, guide, defend, spend plenty of time with our children and still something may click in there immature brains and completely defy all that we have taught them.

Paula Overstreet's boys were loved, guided, protected, disciplined boys who just merely made the irreversible mistake of being tempted by the pressures of friends or trying to fit in which unfortunately led to her tragic loss. There is nothing Paul could have done any better to protect her boys, we as parents are not perfect she did all that she could to always keep them safe.

If Paula could turn back the hands of time I am certain she may have had Jeremy stay home that night on October 2, 2004 or maybe she would have had Alan her youngest son stay home and watch movies or assist her around the house. Paula although a stranger to me, a woman who's pain I felt on a comment is a mom who loved her boys conditionally and unconditionally who allowed them to become men and gave them wings to fly. Nobody knows when GOD will call anyone home but if this hub can save a child or another family from the pain that she has endured, then her words will not be in vain.

If I could sit down with her today I would tell her that her comment is going to be a blessing to families all over the world, her sons memories will not be in vain and her words will be a reminder to thousands that a person should not drink and drive. 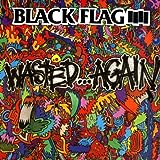 Her words are heartbreaking, her emotion runs deep and her love for her boys is everlasting. If you have children pay attention to there friends, listen to what they have to say, acknowledge there existence. Do not allow anyone to get behind the wheel when they are drinking , it only takes a split second and another life is lost. I located Paul Overstreet after searching she is on my space her words are touching , she has a heart of gold and she loves life more then life itself. With respect to a mother who is reaching out her picture is posted so that she is acknowledged as a mother who is reaching out, people need to listen. Her words on her blog will make you cry, she is missing her sons, her heart still in pain but her faith is keeping her strong. Please take the time to read her words, let her know how you found her I to wish for her to know that her words are being heard and I hope that she can find some peace with the words that I have written.

Paula Overstreet Thank you for commenting and your boys lives will not ever be in vain, God Bless!

Links to Madd and Another Part of Paula Overstreet