Every time you press down the gas pedal in your automobile, you control how much fuel and oxygen the engine receives, and you EXPECT to get a corresponding increase in power. But over time, carbon deposits can form in critical areas inside the fuel system, resulting in reduced fuel economy, loss of power and other negative issues.

There's advanced chemistry automotive engine cleaning products available to consumers that are not manufactured by major oil companies, or automakers, and as such they struggle for market share in a big box dominated auto parts aftermarket retail world . I dedicate this lens to these obscure cleaning products that are more advanced fuel system cleaners than Esso and Valvoline.

These products are each composed differently but share the same name: Fuel System Cleaner. Some remove water from the gas tank and gas line (SeaFoam) and some don't promise that extra benefit. Some of these products clean fuel injectors only and some never mention direct injection. All five of the advanced chemistry products featured here promise reduced tail pipe emissions.

Redex literature expounds the evils of heat soak as the reason for clogged orifices and filters, bad spray patterns, low fuel flow, and inadequate penetration. Heat soak is when you drive the car, shut it off, then the little bit of fuel left at the tip of the injector evaporates (almost, that is, leaving behind various chemical compounds), and the process repeats itself over and over for thousands and thousands of miles. A good example of the end result of heat soak is to look at the baked-on crud on the inside of an oven which hasn't been cleaned in a while.

Redex promises to remove heat soak residue and increase fuel economy, restore power and acceleration. Like all five other products they promise to reduce emissions and protect from corrosion.

Most of these products share the same name because they are named for what they do - 'fuel system cleaner', but all of them are different. Bluechem fuel system cleaner was developed in Germany and has just come to North America. It has no retail sales outlets yet, so it can only be ordered in car dealerships as part of vehicle maintenance programs.

Every 300ml bottle comes with a tiny red plastic funnel spout. With this in mind you might believe this handy Fuel System Cleaner dispenser is specially designed for home enthusiasts' DIY applications, yet ironically you can only find this product in car dealerships today. Its not available in stores yet.

The result is more power to the automobile, reduced emissions, and improved gas mileage.

Instructions for use:
Use on every service and oil change.
Add to the fuel system.
300 ml (1 can) treats up to 80 litres (21 gallons) of gasoline.

Direct injection fuel delivery systems are among the latest design innovations improving the internal combustion engine. Over the last decade a vast majority of automakers have adopted the trend because of how injectors maximize engine performance, reduce fuel consumption and lower exhaust emissions.

But a major downside is that direct injection engines are prone to carbon accumulation on the injectors that can significantly impact performance and fuel economy and nobody ever tells you that. That story is only starting to come out now..

The January 1015 AutoGuide has a story, Is Carbon a Problem with Direct Injection Engines? in which the author Gregg Cole writes, “We’ve heard rumblings that blackened buildup on the backsides of intake valves is a major problem and something that could be disastrous for motorists in the coming years.” And it’s clear in the next paragraph under the header ‘Survey says’ that he wants to pinpoint and call out the dirtiest direct injection motors and car models, but doesn’t, presumably because he cannot damage his magazine’s relationships with these automakers.

The article ends with insights into the PCM calibration process, or what we laymen might call the engine-control computer. This is a very interesting place in automotive engine science, because it’s a fact that simply updating the software on the chip that regulates the fuel to oxygen mixtures could yield dramatic results in performance. But no computer software is going to clean your car’s engine.

Lucas Fuel System Cleaner is among the most respected brands for scientific testing and development. Its also among the best selling fuel system cleaning additives in the North American market today. This product was designed for both diesel and gasoline engines, so no more worry about the compatibility.

Modern vehicles now utilize a gasoline direct injection system which sprays atomized fuel into the combustion chamber to be burned. Phasing out the archaic carburetor, these fuel injector systems are more equipped for modern fuel blends. But even modern automotive systems may need preventive maintenance to counter fuels of low quality.

Mighty VS7 Supreme Fuel System Cleaner is a new advanced synthetic formula that cleans the entire fuel system including fuel injectors, intake valves, combustion chambers and induction systems in one easy step. This formula also improves rust protection of the complete fuel system and contains no alcohol. It's safe for all gasoline engines.

This is advanced science, Supreme Fuel System Cleaner is a synthetic formula that contains Techron Technology * which is Chevron's science but I have included it here as this is an improvement beyond their product, with a boosted detergent package; this is a "get clean" formula. The accumulation of fuel-related deposits over 4,000 to 5,000 miles of driving can cause modern fuel injection system to lose their responsiveness. Driveability problems can include surging, stalling, hesitation, loss of power and a decrease in fuel economy. Mighty VS7 Supreme Fuel System Cleaner removes these deposits quickly and easily. 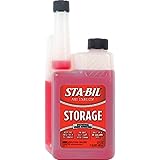 Have You Ever Used A Fuel System Cleaner?

Have You Ever Used A Fuel System Cleaner?