You've passed your driving test, got your license in one hand and your car keys in the other – as a newly qualified young driver on the road, there are a few things you should know before you head out onto the open road!

Although you've sat through countless hours of driving lessons, and read your highway code from cover to cover, that doesn't necessarily mean you're 100% ready to be on the road. Yes you've passed your driving test, you managed to drive safely and accurately for an hour or so under the supervision of a driving test examiner – but it's a known fact that we will never drive that way again once we've passed our driving test! It's not unusual for young drivers to get too overconfident – statistics show that newly qualified young drivers are responsible for up to 50 road traffic accidents every day in the UK alone, the USA holds the record for most teenage deaths caused by driving.

Did you know that...

After passing your test, you will have only had around 40 – 50 hours of actual on road driving experience, it's not really much when you think about it, is it?

Here's some advice for young, newly qualified drivers to bare in mind!

You may think you know all there is to know about driving once you've passed your driving test but you'd be wrong. Chances are you will have driven around the one, same area for the duration of your driving lessons and driving test. One area, with the same roads, routes, roundabouts, you've probably even done all your parking practice in the same car park! It's all about gaining more experience! When you learn to drive in the UK you are not even allowed to drive on motorways until after you have passed your test, so consider taking extra advanced lessons after passing that include motorway driving.

When you head out in the car the first couple of times, take a more experienced driver with you – especially if you are going somewhere new. Some people take to driving like a duck to water, and that's fine, but if you're someone who was a little unsure to start with then use this initial period to get more practice and build your driving confidence.

There are some great advanced driving training courses, most of which will probably be provided by your ex-driving instructor. Get in touch with them about lessons that cover night driving, motorways and even icy conditions when that time of year comes around!

Don't become a taxicab for your friends!

I remember when the first of our group learnt to drive, he was so excited to be the only one amongst us with a license and car and he loved to show that fact off. Daily he would offer us all lifts to and from college, the bus stop, down to the shops during break and so on, he never seemed to go anywhere without one or two of us in the car! Of course, that was great for us, but looking back on it now, it was pretty dangerous too for all of us!

When you're young, you want to show off and impress your friends, you'll try to without even realising it. Car crashes are the number one cause of accidental death for teenagers and young adults in the UK – and you can put money on it that most of those had friends in the passenger seat at the time of collision.

Don't instantly pile all your buddies into the car and tackle a 6 hour road trip – you might be laughing and joking along with them but you'll be a nervous wreck inside, leaving you more likely to make a mistake. Peer pressure will mean you're more likely to run a stop light or take an unfamiliar route. Give yourself time to build up a little more confidence before you start ferrying your friends around.

If you want to drive to that party on Friday night but know you are easily swayed to have a drink, then leave the car at home. Even if you plan on staying the night with friends, alcohol can stay in your system for up to 48 hours, so if the police do a random stop during the middle of the next day you could still be over the limit and lose your license quicker than you received it!

Again, peer pressure comes into play here. I remember going to parties and when the beer fridge ran empty, it fell to whoever had a car to go on a beer run, even if they'd been drinking themselves! When everyone is badgering you, telling you the rest of the night lies in whether you will go and get more alcohol or not, you're bound to feel pressurised and guilty if you say no. If you're friends don't understand or force you into driving after having a drink, are they really your friends? To make it easier for yourself, don't take the car with you in the first place, that way nobody can look to you when they need to get more drinks!

I'm sure before driving you've never bothered to look on the back of prescription and over the counter medicines, have you? Many come with a warning that they can cause drowsiness and impaired senses. Be sure to check with your pharmacist and read the back of boxes. If it can cause any side effects that will impair your driving, either look for an alternative medication or hang up your car keys until you're off the meds! 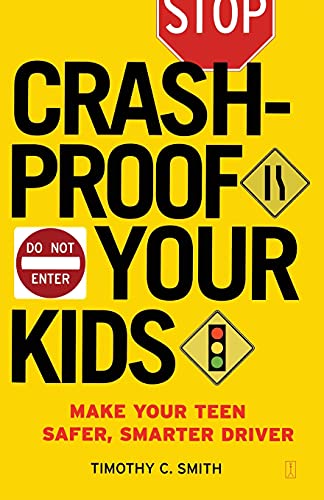 Do YOU know what to do when...

...you have a car accident?

...you are stopped by the police?

No? It's best to know how to deal with the above scenarios before you get behind the wheel on your own!

1. You've had a car accident...I'm talking about a minor accident here, where the car is still drivable and there are no life threatening injuries to yourself and the other vehicles involved. Think a bump in the car park, or driving up the back end of a parked car. These are pretty common amongst newly qualified young drivers – yet not many would know what to do!

I'd been driving for just 4 days when a stationary car released its handbrake and rolled into my car! I was on my own and had no idea what to do! Lucky for me the other driver involved was really apologetic and considerate. She seemed to sense my panic and confusion and took over the situation, though I had no idea if what she was doing was right either! We swapped phone numbers and I left. I thought I had done the right thing by at least getting her phone number, but it wasn't until I spoke to my Dad that I realised I should have gotten much more information;

2. You've been stopped by the police...If they've asked you to stop and pull over then do it. Don't assume they're wrong and just do as your told. Young drivers tend to be over confident even in these situations. Keep calm, be respectful and if they tell you you've been caught doing 80mph in a 50mph zone, apologise. If you don't realise you where going so fast, or your speedometer wasn't telling you so then tell them, it could be there is a fault and once addressed you can appeal to have the fine/ticket revoked.

3. You have a flat tyre...and don't know how to change it. I had a car for 5 years and not once did I ever learn to change a tyre. I had my tyre changed once in that time, and that was by a family friend coming to my rescue. I was lucky I was still close enough that he could get to me and help me out. If I was nowhere near home I wouldn't have known what to do!

If your tyre blows, pull completely off the road, being cautious of other drivers and pedestrians. Don't think you will make it those last few miles home, chances are you won't and will risk doing more damage to your car or causing an accident. Call up your roadside assistance and wait for them to arrive. If you have a spare tyre in the boot or not, let them know on the phone.

Most cars these days only come with an inflation kit, and the majority of tyres fitted now are slow puncture tyres. If you know you have these on your car and are not far from home, chances are you'll be able to make it home or to a nearby garage but be sure to known the specifics on the tyres before doing so (as in, how far can you get on them etc)

If you do know how the change a flat tyre, make sure you pull over out of traffic but in plain site of oncoming traffic before you change. Put your hazard lights on and set out a warning triangle/cone if you have one.

Learning to drive gives you a greater sense of independence and freedom and it can be fun too. It's not all doom, gloom and statistics. Take your time, gather experience and don't do anything you know to be unsafe and foolish. Your driving days have just begun, so don't cut them short by making serious mistakes!

To keep up to date with my writings and goings on, check out my blog