Tips for Changing a Car Tire

I’ve changed a car tire twice in my life so far, and both scenarios were so wrought with errors that I decided to write a hub about it to maybe help someone avoid my mistakes. This isn’t designed as a step-by-step guide, but rather an aide to help you not look stupid, like I did, while trying to change a car tire. 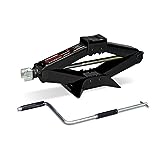 The first time I got a flat was on the road. The car tends to shake and/or groan (especially when turning) and you notice a distinct sagging on one side of the car. If you’re driving when this happens, pull over as soon as possible to avoid any further damage. Thankfully for me, my wife and I weren’t too far from a gas station and we were able to pull in there. It was during this experience that I learned the different types of jacks and the general placement of said jacks. However I will state this first as it is the most important way to begin any flat tire removal READ THE INSTRUCTIONS if you have any. Some cars come with instructions by/on the jack, but others don’t. You can try reading the manual, but you might not have that either. If you are entirely directionless, then hopefully you read something before hand. The reason it’s important to read the instructions is because there may be specific jacking procedures for your model of car. For example, the first car I jacked up (or witness being jacked up) was done so with the metal frame beneath the car. The second car I jacked up actually had a specific place on the frame that was meant to be used for that purpose. It probably would have worked elsewhere, but the less familiar you are with cars, the more you will want to pay attention to directions.

If your car doesn’t have a specific jacking point, then you’ll want to find a place, near the flat wheel, that is a solid metal part of the frame. The last thing you want to do is try to lift the car from a weak pipe or something else that will break. My biggest problem with this on the first car is that I couldn’t see the bottom of the car very well, and I didn’t know what I was looking for (it didn’t help that it was raining too.) I was expecting to see/feel a flat metal bar as part of the frame, when in fact, the frame of this car (a Pontiac Grand Am) wasn’t flat, but rather had a thin metal wall protruding down from the frame (See figure 1). So no matter what anyone told me, I couldn’t figure out where the jack was supposed to go. It was then that I discovered that both jacks in the car were crap. They were hydraulic jacks that had lost the oomph for lifting. A man was kind enough to walk over to me and tell me I was using the wrong kind of jack. He then pointed out the right kind, sitting in his trunk a few feet away, but then informed me that his was ‘too hard to take out’ and promptly left. Thanks for nothing, jerk.

Needless to say I had to call my brother to bail me out. It was from him that I learned how to fit the jack onto the frame and that a scissor jack might have more lasting power than a hydraulic one. While I watched him change out the tires, I thought I was taking in all the information pretty well, until I got my second flat roughly a year later. This flat didn’t occur while I was on the road, but rather, one that I noticed when I got up in the morning. This was a different car (ford explorer) than in the first instance, and it didn’t have a spare tire. So I decided that I would jack up this car, take off the wheel, bring it to a place it could be replaced, then return with a good wheel. The plan was relatively sound, except the jack, wrench, and process was way different than it had been that first time. Again it was a hydraulic jack, but thankfully this time it worked. I read the instructions enough to know where to place the jack, but, for some reason, completely ignored other parts. I ended up trying to jack up the car with the tiny end of the wrench, rather than properly assembling the metal bars that would jack up the car with little to no effort (See figure 2). So I sat there in the awkward position, turning the jack with the wrench, never once thinking that how long it was taking, and how hard it was getting, was the wrong method. It was only after I got the tire into the air that I realized I needed to LOOSEN THE LUG NUTS BEFORE JACKING UP THE CAR. Otherwise, the wheel just spins and you can’t get enough resistance to unscrew them. So I then had to lower the car, after all of my hard/awkward work, and unscrew the lug nuts. At this point I had to stop and actually read the directions to find out how the jack actually worked. Turns out there were two other metal bars still in the car that, when assembled with the wrench, created a handy crank. Though, even after I found the other bars and assembled the mechanism, I still couldn’t get it to fit in the jack, as there was a small lip on the end of the metal bar that was supposed to fit into the slot on the jack. Turns out I had to slip the lip in first and then twist it into place. The point of it was to keep the crank from slipping out while lowering or raising the car. Once I figured this out, I had it down and back up in no time.

Now that I could move on to the lug nuts, I quickly learned how ridiculously tight they can be. I had to stand on the wrench with my full weight to get them to loosen up. I’m not sure if that is safe or not, but it worked and I’ve got to hand it to whoever made such a strong wrench. When loosening the lug nuts it is important to LEAVE THEM LOOSE ON THE WHEEL when you jack the car back up. You don’t want the wheel to fall off or cause damage to your car, so wait to remove the lug nuts fully until the wheel is in the air. Once there is enough space beneath the flat wheel and the ground to fit a fully inflated wheel, you can finish unscrewing the nuts and remove the wheel. Normally at this point you would put on the spare tire, but in my case I didn’t have one so I had to store the flat in a different car and take it to a tire place to get it switched out with a different tire I had. I don’t recommend this method as it is probably bad for both the car and the jack to leave it up there for any extended period of time, but the tire place was close and I had no other option. So, the next thing you would want to do, after getting out your spare, or a new tire, is to fit it snuggly in place. MAKE SURE THE TIRE IS PUSHED IN STRAIGHT because if you screw in the lug nuts wrong and drive on a crooked tire, you could cause serious damage. Once you’re sure the tire is as far in as it will go, screw in the lug nuts by hand as far as you can go. ONLY WHEN THE CAR IS BACK ON THE GROUND SHOULD YOU TIGHTEN THE LUG NUTS WITH THE WRENCH. And then you’re done. Make sure to put away the jack in the place it came from, and if you don’t have a spare tire, you should probably get one. Hopefully this information helps you the next time you get a flat tire. And, to avoid getting a flat tire altogether, make sure to check your tire pressure often and watch out for cracks in the rubber and heavily worn treads.

Disclaimer: I am not a car expert.