Tips on Buying Used Cars: How to Avoid Total Wrecks

Getting a good deal on a second hand car

Why do consumers buy used cars? First of all it is cheaper than going for the brand new cars. Of course some institutions such as government departments, charitable organizations and companies have a policy of buying brand new cars. However that option may not be open to the average Joe. Secondly used cars avoid the pitfalls of having to deal with depreciation. A new car from the manufacturer can lose up to 25% of its value within a month of buying it.

On the other hand used cars can depreciate by as little as 10% on an annual basis if you know how to buy one. Those people that have ‘good luck’ often attribute their success to some sort of ‘car karma’ where they can tell if that used car salesman is genuine. If they get a bad deal then they can write nasty car reviews for that supplier. Of course there is always a new mug ready to part with their money so that salesperson does not really mind if they are hated by the buyer.

What should you look for when selecting a used car?

Everyone has their own personal formulas. Over the years we have identified some of the most important things that need to be taken into consideration. Otherwise you may end up with a used car that is constantly in need of repairs. The cost of looking after that vehicle over its lifetime may be equivalent to the money that you would have spent on a brand new car! That is why it is particularly important that you take your time and look for those key points.

As you can see this is not an exact science. You may assume that German brands such as Mercedes Benz, BMW, Audi and Volkswagen are reliable when in fact you are dealing with a dodgy used car salesman. Likewise you may write off certain European car manufacturers when in fact they can give you some of the best driving experiences ever. As an example I once owned a Peugeot 205 which cost me less than $7 dollars a week to run and never broke down. The car was nearly 20 years old but never gave any trouble!

How to prepare for the importation of used cars

There are certain things that you must take into consideration as you prepare to buy your used car. Your personal circumstances and the market conditions will have an influence on your plan. It is a very good idea to consult with anyone who has experience of buying a car because they could be of enormous benefit to you over the long run. Here are a few things to do:

- Work out the car finance package: As a matter of principle I never buy used cars on credit because they are way too risky to use as collateral. However many people have no option but to take out a car loan. It is important that the full payment and interest is offset by the depreciating value of a car. Using the example above, a 3-year of $20,000 with fees at an annual interest rate of 5.2% might mean that you end up paying $22,000 or an effective compound interest of 9.4% (in addition to any other finance costs). Compare this to the depreciation rates before purchasing the vehicle.

- What can you afford? It is important that you know the ‘going rate’ for the car that you are going to buy. Used car salesmen (or women) often set a price that is higher than the real value of the car because they expect you to bargain. If you fail to do this then the fault lies with you. You will paying much more than is necessary and may actually help the dealership in its loss-leader strategy. This is where they ‘make a killing’ on a particular vehicle in anticipation of poor sales in other brand. There are some checking guides that are available on the internet as well as the newspaper stands. My personal tip is to always take off at least 10% from the quoted price. For example if they say that the car price is $20,000 then you must try to avoid paying more than $18,000. You could even bring it as low as $15,000 if you have cash and use your bargaining skills well.

These are just some of the tips that you can take into consideration when buying used cars. Of course if you simply walk into an outlet and present your checkbook, the salespeople will take maximum advantage of you. Sometimes you have to put your personal preferences on the side if the deal is really great. It is better to take 6 months looking for the right car than to take 5 years repairing one that is on its last legs.

The writer recommends articles about Autism. 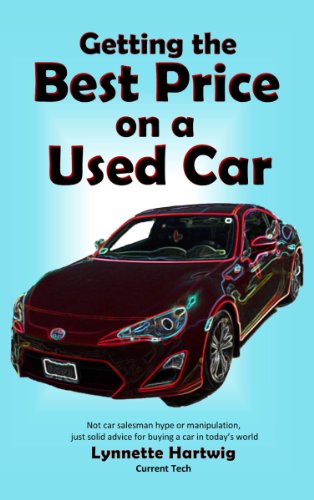 Getting the Best Price on a Used Car: Buying a Car Guide
Buy Now

Choosing between a used and brand new car