I am not a mechanic, though I can do some very minor car maintenance. Beyond that, my car has always been nothing more than a work mule ferrying me to and from work, to and from vacation, to and from friends.

I don't clean my car but once or twice a year. Even then I don't sit there and hand way and buff the automotive exterior. I just slop dish detergent on and off. My car typically has a coal-mine-clean to it, which by cleanliness standards, isn't much of a standard. The exterior lacks shine, my tires and trim would weep if I even thought of polishing them with Armor-All or other products that promise shine to more pampered vehicles.

The windshield, particularly the inside part, is never cleaned with glass cleaner. The exterior does benefit from the occasional rainstorm.

I'm not a motorhead at all. I don't go to car shows and browse those beautiful next year's cars or hot rods. My idea of 'tricking out' the engine is putting a new air filter on and not the K & N kind or whatever. Just your normal off the shelf filter).

So Why Am I Writing About My Car?

OK, I'm not big automobile guy, but I am writing about my car. Why is that? We'll, in spite of my neglect, my car has treated me very well. My car treats me like a mother who never gets deserved respect from her son. This car has endured tons of miles, many roads, and all weather conditions.

Sure, the car doesn't know what it means to be human. It doesn't feel emotion. It doesn't experience pain It can not gaze into the sky and ponder its very existence. But there is still something about this machine that is dependable and determined. There is something about the very guts of this car that can actually be measured. Not just measured by my opinion or the manufacture's promises or the mechanics assessment but measured by the simple truth on the dashboard:

What is the Most Miles You Ever Put on a Car

This not so clean, not sexy at all car is a 1995 Honda Civic.  I was 25 years old when this car was made and spending my days on the road suffering a series of different American made and foreign made cars that continuously broke down.   The biggest disaster coming when I bought a Hyundai Accent brand new and there was problems with the car within days of pulling off the lot  (this was before the days of the epic warranties that Hyundai offers now).

The Hyundai was put out of its misery when I was blind sided in an automobile accident that totaled the car.   If you've ever had a car totaled you can appreciate that "totaled" does not mean you are "totally covered"   The insurance company gives you a much smaller than you paid for book value of the car. Then you still have the huge expensive of buying a new car. 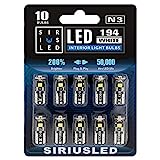 I didn't want to spend a lot of a brand new car.  1) New cars are expensive   2) The more expensive, the more it will cost you if the car is "totaled" again.

It was 1999 and I went to a lot to buy a used car instead.  It was raining out that day, which some consider an omen, and just bad practice, when searching for a new car.

Then appeared a 1995 Honda Civic DX. Teal (that green/blue) color. Black interior. Very unassuming looking.  Not a babe-magnet all but  I saw the car and instantly liked it.  After nothing but cars with mechanical and electrical failures I wanted a car that could not fail.  This car has manual windows, manual steering, and manual transmission.  It is literally an engine on wheels, with air conditioning.

I bought it for $8,000 which included the price of the extended warrantee (which I loathed paying for but I was afraid so I took it..... never used it).

This car ran exceptionally well. Only a 4 cylinder with something like 90 horsepower.  Two doors, somewhat decent trunk space, particularly if you count the back seat.

This car puts glaciers to shame. It just keeps on running.  I've never once had a breakdown though I did barely get it into the garage a few years back, bad slave cylinder. Admittedly,  I've replaced a clutch, timing belt and radiator, but it still just keeps going.

Snow and pelting rain hasn't stopped this car.  I've driven through arid heat and flooded streets (not recommended) and it still gets the job done.

What is in a Year? A Decade?

Miles and miles and hours and hours (days sometimes!) of highways, back streets, friends homes, emergencies, the grind to and from work. How can you measure all this? How? Try this number ....211,000, as in 211,000 miles

It is sort of a paradox to me.  I'm not a car guy and I'm not the most nostalgic person.   I won't shed a tear when this car goes except maybe at the thought of doing those things called "car payments"

I don't pretend that cars have human emotions or that we should spend much of our emotion on cars. Yet, I feel the need to give a thanks to my car for all of the years of service.  Hopefully this ride will continue for a year (or two?) more.

In case I don't make it until tomorrow, I'll say it now today:

This will likely be one of the last updates to this post. I say, with a small tear coming from my eye, that this car is now officially traded in. I figured it was time to put the 'ol horse to pasture and get a new (used) car. In the end I got 222,996 miles. A local car dealer gave me a few hundred bucks for it which I applied to a newer used car.

I completely forgot to take a picture of the dashboard like I did (in the first picture above) when I wrote this post. I did include a photo of the final odometer statement. Bascially a sworn statement of the miles on the car when I submitted it to the dealer for sale.

Have a Cup Of Joe While Driving To Work (where legal :-)

What Do You Think of Hondas?