How To Live Through Being A Cab Driver

A lot of people talk about their professions. I rarely talk about mine, even though there have been about a million of them, or so it seems.

For a while, maybe about six months, I worked as a taxi driver. This was back in the late 1990s, and there were maybe three or four other females and at least a hundred guys. It was fun. It was pretty lucrative. It was also very dangerous.

Although I was in my late twenties and thought I was invincible, bad things do happen to cab drivers. I once had a fare get the crap beaten out of him in my cab because he crossed a drug dealer. In fact, I quit driving because there was a taxi driver who was killed and robbed of maybe twelve dollars. His body was left in his cab under a bridge in the city. I didn't want that to be me.

I also worked as an office manager for a cab company in a much smaller city. I was at that job for over seven years and, believe me, I think I've heard it all.

If you are a cab driver or thinking about becoming one, I have some tips on how to make it out alive.

Learn Everything You Can Before Becoming A Cab Driver 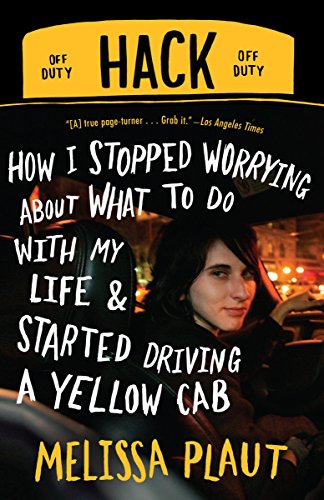 Hack: How I Stopped Worrying About What to Do with My Life and Started Driving a Yellow Cab
Buy Now

How To Make Driving A Cab Safe And Easy

Now, I don't meant to scare you off from becoming a cab driver. Like I said, it can be a great job and you can make a lot of fast cash at it. But not everybody is cut out for it. Not everybody has nerves of steel, which is really what the business takes.

Just listen to what I've said and be safe out there. Besides, you never know when I'll need a ride!