Auto Repair Scams To Avoid and Other Notorious Annoyances

I cannot tolerate dishonest car repair operations. Have any such scams happened to you?

In my town, several honest mechanics have quit shops that overcharge customers or fail to actually replace worn auto parts. These professional men and woman provide good repairs at fair prices. We even have a few mobile certified mechanics that come right to you and your car.

I worked for a truck sales and service company for a few years and overheard mechanics talking about scams they had pulled at the shops of previous employers. One man told about stuffing french fries into a transmission. Another used a can of carburetor cleaner instead of rebuilding a carburetor at an expensive price. I couldn't believe the things I was hearing, or that shop managers would encourage these scams.

The bad repair shops in mmy area are charging 400% markup or more on parts, plus expensive hourly labor charges of $80 - $100+ per hour. However, some of these crews simply replace the old auto parts after having made some adjustments that might get you back home. Then you need to go back and spend more money.

Sometimes people need to make the choice between healthcare and buying groceries. Unfortunately, others need to choose between auto repair and groceries. People can become homeless in the face of either event.

I recently needed a fuel pump and a fuel filter and I received a quote for $350 total during the late 2000s. I thought that price was not too bad, since the pump is inside the gas tank and difficult to replace.

When the mechanics completely fixed the car without my authorizing additional costs, they called and told me it would be $444.31 plus $150.00 for two new straps around the gas tank and "special bolts that have to be made."Thet price is far over the margin of error that is legal in the auto repair industry.

So, now the cost was $594.31. I said I couldn't pay it and that I had not authorizd further work to be done. They said the new straps and bolts were non-negotiable, but they'd try to do without them and take them off. How can the parts be first non-negotiable and then net needed?

I told them I wouldn't pay the extra costs, regardless. The mechanics finally said $555.00 would be the final cost and that would include a diagnostic test, which should have been free, not $99.95; it was always free on each of my previous visits.I made the mistake of agreeing.

The crew said they would run the computer diagnostic and call me. THEY DID NOT CALL ME. They put on another $500.00 worth of parts and labor first - unauthorized -- then called me with the $1,000+ bill and I said I'd call them back. I told them they could keep the car. Then I obtained another car, consulted one of my attorneys and some other repair shops, filed a complaint with the BBB, and was ready for harassment. Happily, I was left alone.

One particular lie the mechanics had told was that a small sensor mounted right next to the battery cost over $300 in parts and labor to replace. The part actually cost under $30 and took 15 minutes to replace. They actually seemed to have caused this sensor to malfunction themselves last time I was in, perhaps purposely - it had not malfunctioned before. Regardless, $30 even with a reasonable markup is much less than $300.

Here are some other annoyances that might include some of your pet peeves as well as mine. 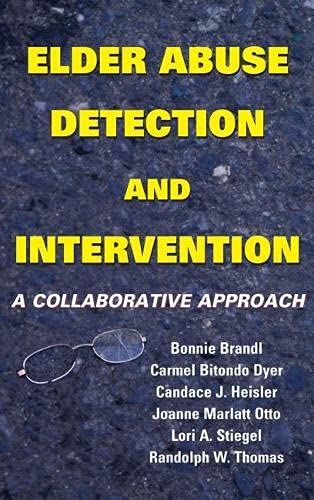 I think thay too large a sector of American and some other societies are applying the techniques of verbal abuse, intimidation, and control tactics on other people. for this reason, I feel that the youth of the United States are already involved in a type of Hunger Games on a daily basis. It is annoying and frustrating that not enough is being done to end abuse and intimidation.

Everywhere it seems, a few individuals have made up their minds to try to provoke others to anger and violence. They pick on everyone. The provocation sometimes ends in a bullied person receiving a severe physical beating. Other times, the victim is a middle school or high school student that chooses suicide as the way out of bullying.

I notice that a few sales clerks, cashiers, and even other customers bully senior citizens in a variety of retail stores, especially big box stores. If we wonder why some older people are so cranky, this mistreatment might be one of the reasons. Other older people become afraid to leave their homes because of abuse as well as for other reasons.

I attempt to intervene in these abuse situations I witness by calling for a manager and reporting the incident to the company headquarters if not enough is done to remedy the situation. Usually, action is taken immediately by managers to ensure that the abusive behaviors stop.

Senior citizens are not the only group of people mistreated in retail establishements and have probably never been the only group to receive such treatment. Sometimes high school students, women, and individuals of different races are ignored when they attempt to make purchases. This is intolerable and will also hurt the ecoomy as future sales are lost.

The last thing that generally annoys me is a lack of respect in parts of American society. People seem to be thinking that it is too much trouble to ask repeatedly for respect and sometimes it takes a lot of asking! Perhaps it is also too much trouble for adults to teach children the habit of respect.

I greeted the adults first and proceeded to greet the sons. The little boys looked up at me with big smiles and said, "F _ _ k you!" My blood turned to ice water, but I remained calm. The parents thought the boys' greeting was cute, because the children had learned it from TV wrestling.

I asked the family to leave my business and explained to them that it was not appropriate behavior and no cursing, swearing, or disrespectful language was permitted in my school. The parents, in their 30s, did not see what was wrong with the foul language, but left.

So, what is happening to basic good manners and etiquette that smooth the way for positive interactions? Manners and reasonable conversations are more and more frequently being replaced by disrespect and an attitude of destruction and negativity.

I do not believe that this problem of disrespect is caused totally by viewing violent films and television shows. I think that some families and schools do not or cannot do enough to promote learning reasonable behaviors and exhibiting good manners and pleasant interactions. Drug use may feed into the problem, as may mental illness or a history of abuse.

During attendance at pre-release film screenings during 2013, I witnessed a larger number of adults and families with young children ejected by management and security or police officers for inappropriate behaviors than during my previous six years of film reviewing combined. Problems were always dispatched quickly, but the increased frequency was surprising.

Local movie houses in my city have instituted a policy that prevents 6-year-olds and younger children from being present in the theaters at all after 6:00PM. A few restaurants are barring young children complete. At the same time, the numbers of children homeschool is increasing; and, some students have opted for this education, because they feel the schools are too violent (including the presence of bullies). The results of all this over the next few years should prove interesting.