Before I begin raving about the one-of-a-kind Maybach Exelero, I must mention that to be factually truthful, the world’s most outrageously expensive car is actually the 1933 Bugatti Royale Coupe built by Kellner, the French coach builder, for Ettore Bugatti. But don’t rush to order this beauty – it is not currently available. It was sold at auction in 1937 for $8,700,000. If you adjusted that price for today’s rate of inflation, the current cost would be $16 million plus making it in fact the world’s most expensive car.

Now - back to the superlative Maybach Exelero concept sports car. What did you think of when you first heard the name of Maybach? Did you think of a washing machine? I did. Then I realized I was thinking of Maytag. Do ylou remember those TV commercials with the friendly service guy who complained that he never got any service calls? Maybach is a well-known German manufacturer of luxury cars and has been owned by Mercedes Benz since 1997.

Here is the Maybach Exelero coming . . .

Fulda Tyres, a German tire manufacturer, created a joint venture – the Exelero Project – in 2005 between themselves and Maybach. Fulda has a history of using luxurious, high-end cars to advertise their high-performance tires. They commissioned a one-off design, a concept car that would resemble the streamlined sports cars of the 1930s. Fulda needed a standard street-legal car as opposed to a race car to test their new generation of wide tires capable of a speed up to 220 mph. Note: they manufactured the car and the tires; you’ll have to provide the street-legal street.

Here are some specs:

The U.S. rapper/billionaire, Jay-Z (married to the remarkable free-spirited Beyonce), drives the Maybach Exelero in the music video of his song, “Lost One”.

Jay-Z and the Exelero 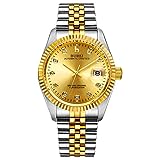 If you can’t quite manage the 8 million dollar price tag, here’s another option. Consider the Maybach 62 S.

The 62 S Maybach is a luxurious, powerful chauffeur-driven sedan that features a 6.0 liter bi-turbo V12 engine that produces 604 horsepower between 4800 and 5100 rpm. Peak torque is 738 pound-feet arriving between 2000 and 4000 rpm. And the price is a bargain considering that this marvel of German engineering gets 16 mpg on the highway and 10 mpg in the city. If you would like to own one of these superlative cars that have been described “like corporate jets without the wings,” be prepared to spend only $417,000 to $506.500.

You may be wondering what kind of folks are typical owners of the Maybach 62 S? Here are three very happy campers:

Dr. André Action Diakité Jackson (M'zée Fula Ngenge is the African name he prefers to use) - an internationally renowned economist, a diamond executive and auto collector who has assumed the hefty responsibility for transforming Africa's diamond industry.

Roman Abramovich - a Russian entrepreneurial billionaire who acquired two Maybach 62 S limousines. They appear to reflect either paranoia or protection from past nefarious business dealings since both cars were manufactured to be both bullet-proof and bomb-proof. Unconfirmed reports say he paid over one million dollars for the two.

Dr. Gary Braunstein - a dentist to the rich and famous, who specializes in “smile makeovers”. He provides transportation for his wealthy patients in San Diego and Carlsbad, California via a high-performance Maybach 62 S.

Do you know who created the first "real" motorcycle? Two inventors in Bad Cannstatt (Stuttgart, Germany), Wilhelm Maybach and Gottlieb Daimler, gave their surnames to some outrageously luxurious and expensive current automobiles, but they also built the very first bicycle which was powered by an engine running on a petroleum product in 1885. They named their creation the “Reitswagen” or riding carriage.

In 1901, Wilhelm Maybach designed one of his most famous and still renowned creations - the Mercedes automobile.

In 1921, Karl Mayback, a brilliant engine designer like his father, created the Maybach automobile which became Germany's premier luxury line of cars

(These mages are created from photographs in the Daimler-Chrysler archives.)

Here's something to keep in mind whenever you're behind the wheel. Never drive faster than your guardian angel can fly!