Do I Need Snow Tires

Snow Tires - Are They Worth It?

If you are asking yourself "Do I need snow tires?", then yes, you probably do. You are only going to be thinking about buying winter tires if you are going to be driving in the snow and ice.

If you are going to be dealing with winter driving conditions, then I highly recommend that you get snow tires put onto your vehicle. They will provide you with a better grip and traction while driving.

If you are concerned about the cost, think about how much it will cost if you get into an accident because you didn't have them. I will share my story about how much my accident cost me and why I will no longer drive in the winter without snow tires.

When I Should Have Bought Snow Tires

When I bought my Nissan Sentra I noticed that it wasn't very good at stopping or pulling away even in just rainy conditions. It also seemed to not have very good traction in the snow.

At that point I should have bought winter tires, but I didn't. When I looked into it I thought they were too expensive. If I had only known what was going to happen, and that could have prevented it, I would have realized they were a bargain. 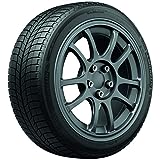 This brand was the first set of snow tires that I bought. Although they are a little more expensive, they were absolutely fantastic. These are also the top ranked snow tire by consumer reports. 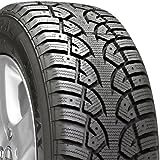 These are the ones that I bought for my current vehicle. I chose them because they were less expensive. They are an improvement on my all seasons. However if I had to do it again, I would pay the extra to get the Michelins.

The day I got into my car accident there was only a light dusting of snow on the ground. However that light dusting covered up the ice that was underneath it. So when I went to turn around the bend in the road my car started to spin out. I tried to recover but it is a tight turn and I wasn't able to avoid hitting the curb. The impact set off my airbag and I smacked both of my legs on the steering column.

I thought I saw smoke coming out of my car so I jumped out of it. The Fire Department Chief just happened to be driving in one of the cars behind me. He contacted the Fire Department and started putting flares out onto the road.

When I told them what happened, I learned an important safety lesson that day from the fire fighters that they asked that I share with everyone I come in contact with: "When an air bag deploys (opens) it will look like there is smoke coming from your car, it is not smoke, it is a gas and powder that is released into the air. Do not panic and jump out of your car because you may jump out into oncoming traffic." Luckily for me my driver side door was lined up with the sidewalk and not the road.

How Much It Cost Because I Didn't Have Winter Tires

It took weeks for them to repair my car and it cost my car insurance company around $16,000. However it cost me money too. I had to pay the $500 deductible for getting it repaired, but that was the cheap part. The really expensive part came when I got my next car insurance bill.

The next year it dropped to $3883 but that is still $1859 more than what I was paying prior to the accident. So with my deductible and just the difference in what I had to pay for the two years of car insurance was $5117.

Both years I tried calling around to try to get a better rate with a different insurance company but there wasn't any better options. They were still expecting me to pay around $3500 a year for insurance three years after the accident.

So I started looking around again. My local morning news featured a story about InsuranceHotline.com and through them I was able to get a rate that was actually cheaper than before I had my accident.

This video will show you the difference between the tires capability on ice. It will look at pulling away, taking corners, and stopping.

Why Use Winter Tires

I found out that with all season tires it doesn't have to be snowstorm conditions to cause an accident, cold weather was enough. So I started doing some research on why snow tires are better than the all season ones.

Winter tires have more a higher percentage of soft rubber compound, so it remains soft in cold weather, which allows for a better grip on the road. They also have different tread design that allows them to dispel the snow and water better.

If you think having ABS, traction control, or front wheel drive means you don't need snow tires, you are wrong. ABS and traction control only help you control your car based on the level of traction that your tires have, they in and of themselves do not provide more traction.

The only way to improve your traction is through your tires. Front wheel drive helps when pulling away but it doesn't help your stopping capability.

This video will explain how and why winter tires work. It will also shows you what to look for when buying them.

The Snow Tires That I Bought

So I went out bought a set of Michelin X- Ice tires and some steel rims to put them on. It cost about $800 dollars to buy the 4 tires, rims, and have them installed.

I couldn't believe the difference, no more sliding when trying to stop, or fish tailing when pulling away. If I had bought them when I first noticed a traction problem, I could have saved myself $4317. If I had those on before I could have avoided the accident in the first place. Since the accident ended up costing me $5117 and the tires only cost me $800.

I used those for the next three winters. When I sold my car, I put them up for sale and I was able to get $400 for them. I noticed that my Jeep Patriot wasn't the best in the rain either. This time I did not hesitate to go and purchase snow tires. However with a bigger car you have bigger and thus more expensive rims and tires. So I went looking for a good price.

I found the General AltiMax winter tires were $39 dollars cheaper per tire then the Michelin ones, overall I would save $156. So thinking this was a great deal that was what I bought. Now don't get me wrong they are good tires. They most certainly are much better than my all season ones, but they are not as good as my Michelin X-Ice ones were.

Consumer Reports agrees with my assessment. They have the Michelin X-Ice Xi3 and Xi2 ranked number one and two respectively. The AltiMax are ranked at number eleven. Both of them get a good rating level, but they recommend buying the Michelins.

Do You Use Snow Tires?