5 Things Money-Obsessed Employers Should Know When Dealing With Workers

An author of a book and a trooper that, like many of you, went to trough adversity in life and in the workplace as well.

During turbulent and uneasy times many things can get highlighted and put into perspective, not just in everyday life, but in business, too. A lot can be learned when the water rises above the comfortable level, like what skills a certain employer has when it comes to dealing with adversity.

The Covid-19 crisis made quite a big mess. Some businesses failed to adapt and unfortunately sank, some still struggle to stay alive, while many companies safely cruise or even thrive on various e-commerce platforms.

The question of this article is - how many businesses kept a peace of their mind of their workers while steering the boat the employees are helping to propel?

We can't know the exact numbers, of course, but the reality is, many workers do feel like they are being taken advantage of. After some personal experience and talks with many unsatisfied people, I did recognize an unfortunate pattern that starts to show up when middle links that make the entire chain are overlooked.

Here are the 5 things money-obsessed employers should know when dealing with workers :

1. The company is your life, not theirs

It's undoubtedly hard to be an owner of a company that is struggling to survive. 'Stressful' is not descriptive enough of a word. But too many employers expect their workers, who have their own stressful situations, to die-hard for the company they are working for.

It's perfectly fine to join the forces to keep everything afloat during the tides because it's in nobody's interest to be unemployed - but the question is: did you treat your workers well before that so they feel the urge to go 150% for you on their own? If you did, your business probably feels it. If the opposite is true, now could be the time where those shaky grounds start to break.

With that being said, it's shocking to see how many employers fail to realize this important thing:

It's not clear while this is the case, but it's a fact that some business owners don't like to have a relationship with their workers besides the one that is written in contract-form. I'm not talking about a buddy-buddy relationship, but so many fail to realize that even a modest amount of effort, care, and empathy can urge employees to empathize back.

4. Time is precious and should be treated that way

Some of you will also be familiar with this. Overtimes are expected in the time of need, but often they are simply not appropriately valued and paid. Or even worse - some workers don't receive any compensation and they can only use these extra hours to leave their job earlier on some other work-day.

In my opinion, and a lot of people that I talked to agree, overtime hours should be handled the way the worker finds appropriate. Some conclude that skipping on few hours suits them the most, but if somebody needs extra money, it would be a great solution to give your employee a chance to choose.

This ties to the first point, so extra time they are giving you is precious to them and should be treated as such.

5. Unbearable pressure and guilt-tripping does not equal $

A sense of urgency is fine, there is nothing wrong with it. Some people, if left unchecked, can lose this feeling, so it's not always good to be 'too comfortable'. But when worst comes to worst, pressure and guilt-tripping will only create a huge amount of breaking points, and people can easily crack under these conditions.

People who don't like their employer also probably don't like to think about the fact that they are contributing to the profits of a selfish and ungrateful person that will not reward them appropriately.

If you do find yourself in this article, I hope your boss does, too. Finding common grounds is almost always one of my goals no matter what I do in life, since my priorities don't always match with other people's.

The important thing to keep in mind is that there should be no warring parties on the arena that has the same finish line. A flourishing business is something everyone should want to witness and nobody's back should be broken while attempting to reach desired heights.

A Book From an Author 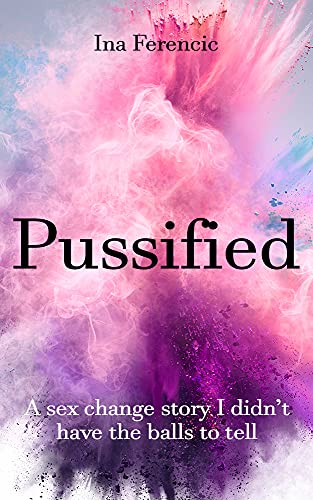 Pussified: A Sex Change Story I Didn't Have the Balls to Tell
Buy Now