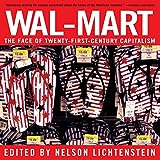 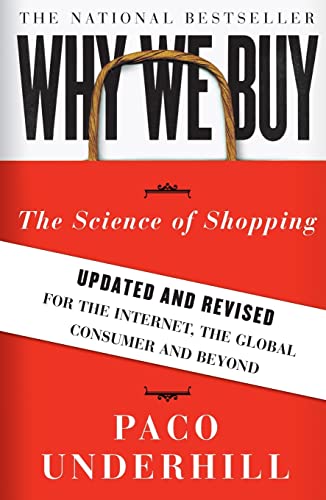 Why We Buy: The Science of Shopping--Updated and Revised for the Internet, the Global Consumer, and Beyond
Buy Now 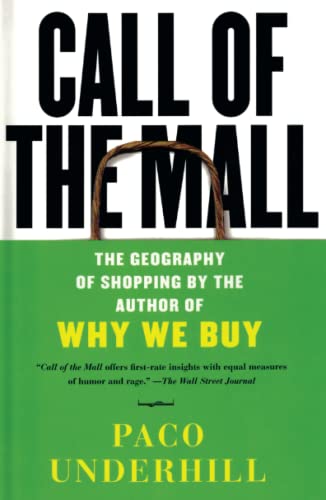 Call of the Mall: The Geography of Shopping by the Author of Why We Buy
Buy Now

Traditionally, the day after Thanksgiving (a.k.a. Black Friday) marks the beginning of the Christmas shopping season.

In an effort to compete with other stores, retailers have started opening their doors a little earlier each year on Black Friday.

In fact, last year many retailers opened their doors at midnight.

However, it appears that this just isn’t early enough for some shoppers.

As an article on cnn.com explains, last year many Walmart stores were open on Thanksgiving Day and, according to a Walmart spokesman, customer traffic on Thanksgiving was highest during the 10 p.m. hour.

"We appreciate our associates for everything they do to serve our customers during this busy shopping season and every day throughout the year," Walmart spokesman Steve Restivo is quoted as saying in the cnn.com article. "According to the National Retail Federation, Thanksgiving night shopping has surged over the past three years. Most of our stores are open 24 hours and, historically, much of our Black Friday preparations have been done on Thanksgiving, which is not unusual in the retail industry."

The cnn.com article reiterates the fact that it is customer demand that is driving the need for stores to open earlier each year.

As the article points out, Labor Day and Memorial Day used to be days of rest, too. However, it is now the norm for retailers to remain open in an effort to meet the demand of their customers.

In the article, Rich Milgram, CEO of career network Beyond.com is quoted as saying, “This says less about the retailer and more about society as a whole. Target, Sears, Kmart and others are all doing what they need to do maximize sales and profits.”

In this case, it means that they are following Walmart’s lead and are opening their doors on Thanksgiving Day.

Some Retail Employees Are Fighting Back

The news that Target stores will be open at 9 p.m. on Thanksgiving was welcomed by bargain hunters, but it had some retail employees crying foul.

In fact, one Target employee was so upset by the decision that she started a petition on Change.org requesting that management rethinks their position and gives employees the day off.

In an article on the Mendota Heights Patch, Casey St. Clair is quoted as saying, "Target can keep repeating the line about customers wanting to shop on Thanksgiving all it wants. The fact remains that 350,000 shoppers have signed my Change.org petition, and they're all saying the same thing: Thanksgiving should be about family, not shopping. Black Friday is one thing; turning Thanksgiving from a family holiday into a consumer spectacle is another."

The article on the Mendota Heights Patch points out that there have been more than 130 petitions launched on Change.org asking retailers including Target, Walmart, Sears and Kohl’s to wait until Friday to open their doors.

It is noteworthy to point out that Walmart has an even greater problem on their hands, as its employees have threatened to stage nationwide walkouts on Black Friday.

Given the fact that Black Friday is one of the most important days of the year for retailers, an employee walkout could have a much more damaging effect than its employees think. (All you have to do is look at Hostess to see the detrimental effects that a strike can have on a major company.)

In this ever-competitive marketplace, holiday sales might not only have an effect on the short-term goals that the retailer has set, it might actually determine whether or not they will be in business next year.

Therefore, it’s not surprising that retailers are doing everything that they can to get customers to buy from them, even if it includes opening their stores on a day that was traditionally a time for employees to spend with their family and friends.

Whether or not opening their doors on Thanksgiving Day is the correct business decision for retailers to make remains to be seen.

As Casey St. Clair points out, there are 350,000 consumers who are standing behind her and others who think Thanksgiving should be about the family, not retail sales.

However, every customer who walks through the doors and makes a purchase on Thanksgiving Day is sending a message in the other direction.

If sales are light on Thanksgiving Day, many retailers will probably go back to the more traditional Black Friday store hours and say that they are listening to the what their customers want by giving their employees the day off.

On the other hand, if sales are brisk on Thanksgiving, I’d speculate that we will see more of the same in the next few years.

Again, I don’t know what the correct answer is.

However, I can’t blame any of the major retailers for trying anything to stay competitive, particularly in this economy.

In the end, consumers will be the ones who will be influencing the decision that retailers make in the future.

With that said, my question to you is: Will you be one of the bargain hunters who starts their Christmas shopping on Thanksgiving Day or will Thanksgiving be reserved for football, family, friends and, of course, turkey dinner with all the fixings?