Jack is retired. Before retiring, he worked at IBM for over 28 years. His articles have over 120,000 views.

Scrum methodology has been around a long time. It was established to help with large complex software development projects. However, the methods have applications for many other areas of our lives.

What is Scrum? The simplest explanation is that it is an ideal way to handle project development. Any project that involves a team of people with various skills needs to apply scrum. This methodology has been proven to work endless times, when applied properly. The key to understanding scrum is teamwork. Not just any team work but a particular style of teamwork that bring out the best of all people.

This term came about from the sport of Rugby. The idea is how to move the ball down field in a team fashion, facing obstacles.

In a modern work environment, we are asked to multi task and perform many jobs for different groups. It is hard to keep track of the big picture. What is the end goal? Scrum allows the team to communicate and to work off the same playbook. There are no miss steps; No confusion and no miss understandings. The tasks are broken down into smaller incremental steps. Regular meetings make sure everyone knows what is going on. Everyone feels like part of the team and will work towards a common goal.

The sprints are important to focus the efforts on getting something done fast. Feedback is also an important part of this process. Any problems or changes in design will be discovered quickly and no time is wasted on getting everything done. Proof of concept should be done quickly and then fill in the details later.

The FBI is suppose to be the top crime fighting agency in our government. In reality, it had one of the most archaic IT system for many years. I know this from 2nd hand knowledge. My brother-in-law worked as a special agent during the 1990s. He told me they did not use computers or emails. They wrote down notes on pads. That was their documentation.

When the bid came up to modernize the FBI computer system, a large corporation was hired to do the job. It was a multi-year multi-million dollars project. They did the design top down and with all kinds of charts and schedules and deliverables. It all sounded good,on paper except it was not what the FBI needed or wanted.

After a few years, when the project was delayed and cost overrun...a team of consultant was hired to fix the situation. It was a Scrum team that came in. They did the analysis and found the problem could not be easily fixed. It would have taken more money and time to fix the system than if they started from scratch. You can imagine the consternation this caused.

The decision by top management at the FBI was to follow the advice of the Scrum team. They decided to bring the software development in-house using their existing IT shop. With the help of the Scrum team, they adopted the Scrum methodology and put it to practice. They ended up with a working system that was delivered ahead of schedule and below budget.

What was the Magic?

Here are the key Scrum methodology:

Scrum is a state of mind. It is something that everyone should keep in the back of their mind. It is the only way to get things done right the first time. No matter what kind of projects, large or small, if it require a team, it needs scrum.

I recommend this book on Barnes and Nobel as a prime resource on Scrum by Jeff Sutherland.

A Great Resource on Scrum 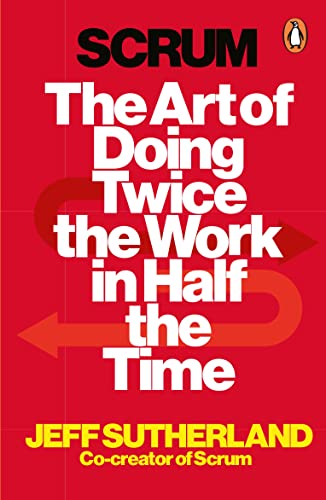 Scrum: The Art of Doing Twice the Work in Half the Time
Buy Now