Analysis of Euro Disney Resort - a Business and Marketing Aspect

To start out with our analysis of the Euro Disney, we first have to know and understand what it really is and what are it all about, and its background.

Location of the Euro Disney Resort 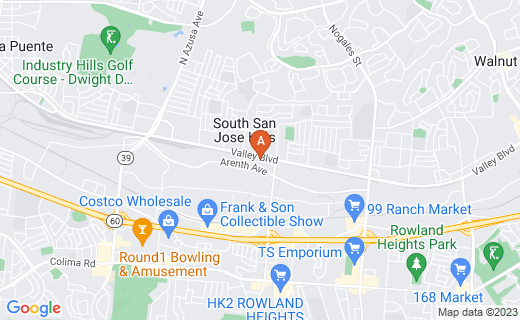 Euro Disney Resort is an entertainment theme park designed and built by the Burbank, California based Walt Disney Company, which was founded by Walt and his brother, Roy Disney in 1923. The theme park was opened on April 12, 1992, at Marne-la-Valle, 20 miles west from Paris, France. Besides the actual theme park there is also an extensive infrastructure of “hotel and conference facilities, retail complexes, and other recreational properties” (pp.: 512, par.: 5). Euro Disney is the fourth Disney theme complex around the world, and the second outside of the United States, after the Tokyo Disneyland, which was opened in 1983.

The opening of the Euro Disney was preceded by an extensive research and HR recruiting and training. This was needed to be done for a variety of reasons. First of all Disney Company wanted to create an environment in Europe that’s main purpose and focus was on creating a “…imaginary world where visitors could escape the themes of the “real” world” (pp.: 514, par.: 1). This was needed to be achieved through an accurate knowledge of the target group, children and young couples in their late twenties with children of Paris and the rest of Europe, and the environment and culture of which they were a part of. Another reason of importance for this cautious planning and research is that The Walt Disney Company could not afford to set up and operate any entertainment and recreational facility that was not operating properly, as it would hurt the caring image of the company. Images of organizations are usually extremely fragile. Last, but certainly not least, the Euro Disney Resort required an investment of an amazing $4.4 billion, providing job for over 30,000 people, making it “…the second largest construction project in the history of Europe” ( pp.:522, par.: 6).

The other international park of Disney is the Tokyo Disneyland. This venture was officially opened in 1983, and the peak of its operation was reached in 1991, when the Tokyo Disneyland had over 16 million visitor guests, but ever since its opening over 10 million people visited the park, making it a real success story. The Tokyo Disneyland is very similar to the Californian Disneyworld. This is because the Japanese are very keen on the American style of entertainment, and the pop heroes in America are can also be considered to be heroes in Japan. The Tokyo Disneyland is so similar to its American counterpart, that all signs, name tags of cast members, these are the name of the employees both in front of, and behind the scenes, is written out in English. Even most of the shows are performed in English. Of all the 30 restaurants in the park, there was only one that sold traditional Japanese foods to appeal to the tastes of the older guests too, otherwise, only American caterings were available.

The phrase of “consumer type of market” means that the services that the provider is providing are consumed by individuals, not by other organizations. In the case of Euro and Tokyo Disney parks consumers are all the guests that visit them, as they are the ones that these parks are trying to satisfy.

The degree of labour intensiveness in the two parks are mostly equipment based as it takes many very expensive equipment, “rides”, to deliver the service to their guests. At the same time there are labour intensive services to like making photographs of visitors and costumed characters representing the wide range of cartoon figures created by Disney all through its eighty years of history.

The next category of importance is the degree to which cast members have a contact with customers. This also varies according to the jobs performed. Obviously those working behind the scenes have a very low contact. On the other hand, those serving caterings in restaurants have a high customer contact.

As in the case of most other investments of such sizes, the skills of the service providers are also moving on a wide spectrum. Those, for instance, at the top management level, just as Robert Fitzpatrick, CEO of Euro Disney S.C.A., operator, and 51% owner of the entire resort complex, are highly professional, whereas the cast responsible for tidiness, and cleanliness, can mostly be called as non-professionals.

The last, but certainly not least of the categories is the goal of the service provider. As the Walt Disney Company’s priority goal is profit, so are its investments of such a scale, namely the Tokyo Disneyland and the Euro Disney Resort. In fact all entertainment parks of the company operate to deliver profit it.

The company, Euro-, and Tokyo Disney in our case, makes promises to its customers, so customer relations (CRM) could be improved. This is called “external marketing”, and is usually the more visible part of the marketing activity. In the Disney theme parks’ case, it is the promise to provide a superior service in order to create a “…imaginary world where visitors could escape the themes of the “real” world” (pp.: 514, par.: 1). To achieve this the company, here Euro-, and Tokyo Disney, has to employ people with the proper skills and personality, who are also motivated and has a clear knowledge of the company’s marketing objectives and strategies. In the Disney theme parks these “cast members” have to be people who are well dressed, groomed, energetic, enthusiastic, and committed to both their job and employer park. They also had to be polite and people-loving, who always serves guests whole-heartedly. All employees with a considerable degree of guest contact were provided an extensive knowledge of the park facilities, rides, and sites that the park in which they were employed had for its guests. Interactive marketing involves always having a clear picture of what the customers, or the guests of Disney parks, want. This can be figured out by research.

What is the marketing mix? In services marketing it is the seven Ps; product, place, promotion, price, people, physical evidence, and processes.

In the case of the parks, the product would be happiness, which they deliver trough the different services and other augmented, tangible products that they provide. The place would obviously be the Tokyo-, and the Euro Disney parks and where the individual rides and facilities are located. The promotion element of the mix is much more complex than the previous two. To start out with, before building the actual resorts, Disney already had a powerful and widely known brand name. Another thing that was important concerning the promotion of the parks is that projects of such a size receive a vast amount of publicity to begin with. Euro Disney budgeted a $10 million for its aggressive ad campaign its opening. It “successfully encouraged dozens of articles on the complex in magazines throughout Europe. Prior to the opening it sent a model of The Sleeping Beauty Castle around Europe” (pp.:523, par.: 1). Also, the opening celebration was broadcasted live across Europe. The pricing strategy was created based on a careful research conducted by the consulting firm Arthur D. Little, ADL. The sensibleness of the pricing was mainly determined by benchmarking those of the other Disney parks. People in the case of the two parks are all the cast members, and current-, and previous customers. The physical environment is all the facilities and infrastructure where the services are provided, that is, the theme parks, hotel and conference facilities, retail complexes, and all the recreational facilities that are operated together with and belong to the resort complexes. Finally the process of providing the service is “the actual procedures, mechanisms and flow of activities by which the service is delivered – the service delivery and operating system. In context with the Disney theme parks, the processes are the sequence of actions by which the product, happiness and satisfaction, is delivered to the guests of the complexes.

The marketing of the Euro Disney Resort was, and still is an excellent example of what services marketing is and how it should be designed and carried out.

Recommended Links about the Paris Disneyland