Are we seeing US Job Growth Accelerating?

Help for the unemployed 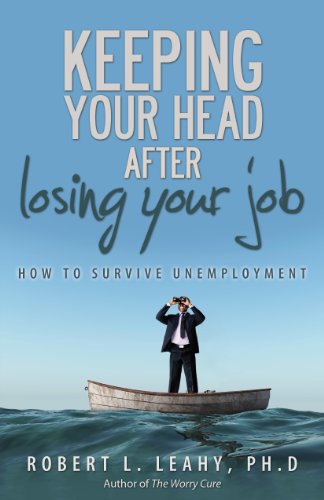 Keeping Your Head After Losing Your Job: How to Survive Unemployment
Buy Now

Assessing the road to recovery using the US unemployment statistics

Assessing the road to recovery using the US unemployment statistics

Currently the unemployment rate is hovering at 8.1% but there are some surveys which anticipate that the rate of recovery is going to accelerate in 2013. It is anticipated that monthly job growth will average at about 200,000 in the coming financial year according to the National Association for Business Economics. [1]They also forecast a final unemployment of 7.5% by the end of 2013.

For some people this reading by 54 economists is too optimistic. The GOP political platform has been dominated by forecasts of doom and gloom. They believe that there are rich electoral pickings if they can depict the Obama Administration as being inept at managing the economy. Foreign policy has largely evened out thanks to a series of stunning victories by the current White House in Pakistan and Iraq in terms of fighting the ‘War on Terror’.

A realistic reading of the economic indicators

Early this year job creation surged on the back of seasonal hiring but that optimism has largely evened out. The economy is not dying but at the same time it is not performing feats of recovery and many people on the breadline are impatient for results. The administration is on the defensive because of an inexplicable inability to lucidly present a Liberal economic strategy.

Trickle-down economics is the default strategy of the Republicans and they are very skillful at articulating the benefits of deep spending cuts as well as tax reductions across the board. It is an attractive proposition for a population that has been conditioned to believe that unfettered capitalism is the main reason for the success of the USA. For example the Scandinavian Social Model is dismissed as a relic of ‘equal distribution’ socialism.

Meanwhile business leaders in the USA are looking for solutions and optimism. Shawn DuBravac of NABE is of the view that "Economists continue to see things pick up, even if it's just slightly from pretty low levels”. [1]The danger is that the optimism may be misplaced and that can cloud the real business of dealing with the crisis that has been strangling American innovation.

A snapshot of the employment sector in the USA

According to the survey which was carried out between the 19th of April and the 2nd of May 2012, nonfarm payroll increases were averaging at 188,000 each month this year. This indicates that by the 4th quarter the unemployment number will be 8.0%. This is the magic number which President Barack Obama needs in order to boost his economic credentials in the election campaign.

That is why some Conservatives are not convinced by the improving economic outlook. They are now changing the goalposts and would like a discussion about the falling participation rate. It is true that many people are simply running out of their benefit entitlement and therefore projecting an overly optimistic trend of falling unemployment figures. Likewise the participation rate is an important indicator. However the changing of goalposts is political posturing.

Although job growth was about 254,000 per month between December and February, it had gone down to an average of 134,500 in the past few months. Weather-sensitive sectors of the economy benefitted from a warm winter. Since August the unemployment rate has fallen from 9.1% to 8.1%. All these are encouraging indicators but they do not confirm that the USA is out of the woods yet.

The view from an industry expert

An interview given by Nouriel Roubini is far more pessimistic about the prospects of the economy: “There is a double-dip recession in the United Kingdom, sluggish growth in Japan, and the data from many emerging markets are also suggesting a slowdown in China, Russia, Brazil, India and places like Turkey, Mexico and South Africa”. [2]In a global economy that could spell disaster for the USA.

Nouriel Roubini believes that the ‘anemic’ job growth in the USA is partly attributable to the complex process of de-leveraging which needs to be done to the public sector. The fiscal cliff may be near: “Many things are expiring at year end. All the tax cuts on income, on dividends, on capital gains, on estates…There is the expiration of infrastructure spending, and then there are the automatic cuts on discretionary spending”. The spending cuts may end up causing more problems than solutions.

The key is manufacturing. If China continues to make cheap things then there is very little chance that the long term prosperity of the Western economies is going to be sustained. The financial sector is a very volatile sector and the crash has already shown countries like the UK to be very vulnerable. Greece is paying the price of borrowing without a sound capital base.

The challenge for the individual and the state is to start making valuable things again. Some people have suggested selling off oil reserves but that is a short term and potentially destructive solution. It is all about countries like the USA finding their manufacturing footing once more so that they can compete effectively on a global scale.

Do you trust the government unemployment statistics?