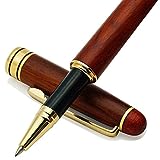 At one of my employers I have seen nothing but exceptional ethical leadership in many forms. There has been a touch point of promoting ethical decisions in almost every aspect of the company's behaviors and the company's employees. I will go through a few examples of ethical leadership within my company. When evaluating new hires, there is a discussion on whether or not the applicant appeared to have integrity. I translate this to mean, is the person ethical or can they present ethical leadership. This same theme carries over to the year end evaluations by direct managers. One component of year end evaluations is if the employee presented ethical behavior through out the year. Another strong form of ethical leadership that I see with in my current company is hard stances on "This is the right thing to do." The current CEO has made many hard decisions using an ethical choice instead of a financial profit choice. On the other hand I have seen examples of all levels of employees getting fired for presenting the opposite of ethical leadership. A great example of this, one high level married manager was fired immediately after he was caught after hours inappropriately with his secretary. This action reinforced the companys stand on the importance of ethical leadership. These examples show why, naïve as it may seem, I do have a positive outlook on ethical leadership with in business due to my current surroundings.

To my next point of ethical leadership holding a positive outlook with great potential in the current business environment is the improvement that we have seen in ethical issues over the relatively recent years. As we all know accepted ethical behaviors have slightly changed over the years and will continue to do so. I believe ethical leadership along with the help from laws has driven the implementation of the halt or reduction of racial discrimination, sexual harassment, and sexual discrimination. I believe that accepted ethics have made great leaps and ethical leadership is one of the driving tools to solidify these concepts.

As we all know recent huge companies like Enron and World Com have made great examples of the importance of ethical leadership. It is said that the CEO of Enron, who was just sentenced to many years in prison, had the saying that nothing else matters besides profit. This is apparently not the best way to lead a long term successful company. The fall of companies that disregard ethical leadership, cost all Americans, the company's employees, and share holders billions of dollars. Based on this fact, the health of our economy depends on companies to lead with strong ethics. One positive aspect that these unethical companies did do for America is to drive home the absolute importance of ethical leadership in business. I think that due to the unethical acts of these huge companies, everyone has taken notice. Many colleges are driving ethics harder then they ever have, the media attention has been enormous, and US companies are really sticking to ethical leadership programs better now than in the past.

Overall, as previously stated, I have a positive outlook on ethical leadership in today's workplace. I have this view because of the actions taken by my current employer, by the improvement that has taken place over the evolution in ethics with in US businesses, and because of the recent press on companies that choose to not focus on ethical leadership. I look forward to the ethical challenges that the US will face with the recent insurgency of international outsourcing with countries that have different ethical standards as our own.