I have been studying the Law of Attraction for about 5 years now. What I have learned has been amazing. I have learned that I attracted two wives into my life that have both ended in divorce. I have attracted both prosperity and lack of money. I have also managed to attract the exact woman that I desired all along.

The reason I am writing this is not for me, but it is for people who do not yet believe that it works. My girlfriend’s daughter is 14 years old. She is a “I have to see it to believe it person”. Now, there is nothing wrong with that except that she would like to believe these types of things.

So over the past year, we have been telling her of things that have happened in our lives and how the Law of Attraction works. The problem is that we have been just “telling” and not showing!

We were recently on holiday in the USA. Hershey, PA to be exact. We spent most of our days at Hershey Park. Now that she was in a happy mood, I could easily show her about the Law. We played the Punch Buggy game. The one where if you see a VW Beetle, you yell out “punch buggy (then the color) and punch the other person. We had great fun playing the game and I decided to have more fun. After we saw a buggy, I told her that the next one we would see would be a red buggy.

She scoffed at that idea. “No way”, she said. “How do you know?” I told her I could attract a red one into my reality by focusing on a red buggy. Sure enough, not even 10 minutes later, a red buggy passed us by! She could not believe it. What more, she could not believe it happened so fast. I explained that you could speed up the process by the amount of emotion you add to your thoughts.

This was actually one of the things that I missed from my earlier studies of the law. Not many people that were teaching it, explained the power of emotions. It was only Esther and Jerry Hicks that explained this part of the law.

After the red buggy, I thought my work was done. I was wrong. She still did not believe. So, I told her the next day that we would see a green buggy. Now, the green buggy is a very rare one. Timed passed and no green buggy. It was almost the end of the day and she questioned me about why no green buggy. I pointed out that the Law of Attraction works in a very specific manner. I did not specify a time I wanted to see it nor did I say it would be the “next” buggy.

When most people try to work it, they speak in generalities and that’s what they get. People say “I want more money” and they get angry when they get a small amount. They got “more” money! They did not specify an amount so they got what they got! Believe me, I have learned to be very specific over the years.

Midway through the next day, we did see a green buggy. So, it came into my reality. Now she was almost on board. The next day, I decided to close the deal. We saw a few buggys and she questioned me as to what color I thought would be next. I called a blue buggy and started putting a lot of emotion behind it. Within 5 minutes, a blue buggy appeared. She was a believer!

One of my major mistakes starting out was that I wanted more money. I kept thinking about “wanting” more money. All my subconscious heard was “want”, keep me in “want”. All I did to change it was to eliminate the word “want” from my thoughts and I started to experience money coming in.

The other mistake I made was to only think about the “lack” of what I wanted. My thoughts were only about how I felt about not having something. Money, love, peace. Whatever it was, I was only thinking (and feeling) about why I did not have it.

Once again, only a slight shift in my thinking started bringing my desires into my reality.

Do I have everything I desire in my life. Absolutely not. Do I believe that I can have it? You bet! I am working on my thoughts every day. Keeping your thoughts focused and emotions in check is not easy. I am here to tell you, the Law of Attraction works. You can bring money, love, peace, houses, cars, and yes, even buggys into your reality. You control what you think and feel. Use to use this Law for creating your life. It works every time!

Do you believe in the Law of Attraction?

A Special Bonus For You To Get Started

I realize that for most people, buying resources is a tough go. However, I have purchased a nice program with some great information in it. I would like to share one of the reports in this with you. It is called "How To Get Out Of Your Box". It is a great starter report to get you thinking about your life and how to change aspects of it. You can get this report for less than 2 bucks. Why? Because if I gave it to you for free, you wouldn't read it! Click the download word below and you will be taken right to an order page and you can download your report straight away! Enjoy 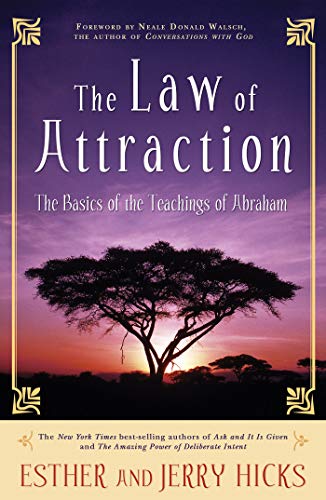