Chef Duff of the Ace of Cakes graduated from the Culinary Institute of America in Dutchess County.

Leaders in Chefs, Financial and Insurance Products, and Technology

Dutchess in southeastern New York is a small county that has gained a berth on the list of Top 25 Best Small Cities for Jobs and Business in America. It has remained on the list since 2007.

Among other records, the locale produces the largest number of certified chefs in the world from the Culinary Institute of America in Hyde Park.

Vigor in financial product and insurances contribute substantially to the growing economic health of Dutchess Count, as do tourism-related concerns.

A number of the world's best and most recognized chefs have graduated from the Culinary Institute of America (CIA) , including many appearing on cable TV's Bravo Network and The Food Network.many of the instructors are winners in the Culinary Olympics held yearly in Germany.

The Institute has produced top chefs for over 30 years from its HQ in Hyde Park to its Texas and California branches. Scholarships are available. The Institute offers many features, including a large library, a computer center, and a video center. 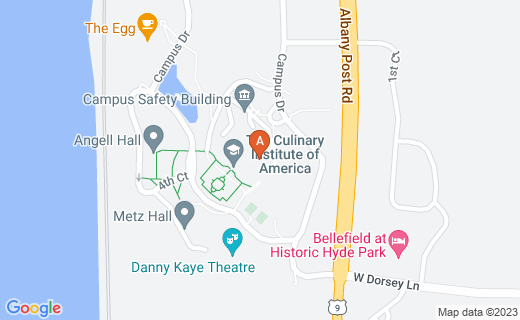 Tourism and related industries, including Retail Sales and to some extent, Medical Tourism, contribute a substantial portion of income to the county economy.

With a population of over 300,000, the county contains several cities, the names of which are familiar to many Americans for their US historical significance highlighted in various chronicles of the new nation from its colonial beginnings:

This county was named early on to honor Mary of Modena, who was the Duchess of York and later, England's Queen Mary and the second wife of King James II.

In the Revolutionary War, the town of Fishkill hosted the military camp for General George Washington's soldiers and was capital of New York for a short time. Poughkeepsie was the state capital for a short while after 1788.

Later, Franklin D. Roosevelt and his wife Eleanor used Dutchess County as an experiment for their New Deal projects and how they would work. They spent much time in Hyde Park.

Famous presidential race loser Thomas Dewey, from Pawling, ran against FDR in 1944, the only time two that two people from the same county ran against each other in the election. In addition, moneyed families like the wealthy Astors and Vanderbilts spent a lot of money and time in Dutchess County, even building vacation or resort homes, some of which are now tourist sites.