It's been said so much because it's true!

In the early days of printing technology, when each letter was a separate piece of type, it made sense to make one big piece of type for common words and phrases to save time in typesetting. Creating such a piece of type involved pouring molten metal into a mold of the phrase. Somewhere along the way, a French typesetter started calling this process “cliché” because that was approximately the sound it made when the hot molten metal was poured.

It becomes difficult to easily describe a cliché without referencing another literary device. Some cliché’s are idioms, some are proverbs, and some simply call them quotes. They are essentially phrases with an implied meaning, but have been overused so much in common speech that their meaning is either lost or overlooked. We use so many of them in everyday speech that we often forget that they are words of wisdom spoken long ago by some very wise individuals. It would do us well as entrepreneurs to review some of the popular ones to learn their truth and apply them to the business world.

These nine examples are just a few of the thousands of clichés in our modern lexicon. While it may be difficult to literally translate them into another language, they are recognized as truisms around the world. Business owners, managers, and stakeholders should not let their meanings be lost; for they are words of advice from the ones who dealt with all these issues long before our time.

A penny saved is a penny earned. Attributed to Ben Franklin

In business, profit is calculated by subtracting expenses from income, so in terms of dollars, income and expenses are equally weighted. Depending on your business model, your organizations annual goals should not focus solely on increased sales, but rather on increased profits. Many businesses small and large lose site of the back-end and drive only for higher sales; reaching the end of the year only to learn it was all for naught because expenses crept up by the same amount and swallowed those gains. Controlling expenses is just as important as chasing income.

Every cloud has a silver lining. John Milton, 1634

Bad things happen every day, but life goes on and we must find the good notes in every bad book. There are many takeaways from this phrase, but most people think of it in regards to total disaster events like fires, floods, tornadoes, hurricanes and other devastating occurrences. Hopefully you were prepared for the worst and had an emergency and backup plan in place just in case the stuff hits the proverbial fan.Look at such slate-cleaning disasters as a way to start over fresh, to finally implement all those ideas you've been putting on the back burner for a rainy day. Cull the herd of customers and employees down to the 20% responsible for 80% of the revenue. On the extreme, this just may be the exit strategy you never considered.

We all know that something done fast is seldom a replacement for something done well. There is no better example than not having a clear plan of action. To borrow and paraphrase another cliché, when you fly by the seat of your pants, you'll often land there quickly. If your business faces a big project, sketch out an outline, get input from all the stakeholders, and drop your ego. The plan doesn't need to be hundreds of pages and take more effort than the project itself, but writing even a one-page plan will help you uncover strengths, weaknesses, threats, and opportunities you may have otherwise overlooked.

The writing is on the wall. Spoken by the king to the wise men of Babylon

It's only human nature to avoid things we would rather not know about. Unfortunately, ignoring problems only makes them worse; instead of dealing with the problem we must deal with the consequences.Business history is littered with stories of failures that we should have seen coming. When history looks back on them, we can hardly believe we missed all the signs that were right in front of our eyes. This is one of the circumstances where delegating tasks and responsibilities will free you up enough to look at the big picture. It may take a fresh perspective from a focus group to help you “focus” on some big issues before they become big problems.

Follow your gut. Unknown but most notably recently Warren Buffet

This relates closely to the previous example but pertains more to decision making. Numerous studies have shown that more than 90% of the time, the direction chosen is the one everyone thought was right in the first place. After so many man hours of analysis, meetings and deliberations considering all the consequences of each option, we still go with the original gut instinct most of the time. Do not let your organization fall into “analysis paralysis.” When someone asks you to make a decision, ask them to give you no more than three options then pick the one your gut tells you to pick. You’re the boss and you can do that. Obviously if the decision is an enormous, life changing, pivotal moment you can’t be so quick, and if the decision turns out to be wrong then just deal with it and choose the other option. Sometimes we have to let little bad things happen in the interest of expediency.

Like the first example, this cliché is filled with optimism. As an entrepreneur, you should already be tuned-in to spotting opportunities when they knock, this instinct is most useful when something fails or breaks. For example, if you miss the last leg of your flight, think about how much goodwill you will gain with your customer by employing every train, automobile, bicycle, cab, or bus ride you can find to make it to the meeting on time.When your best employee quits and goes to work for your competition and takes your best client with him, keep your integrity intact and remember the next cliché.

What goes around comes around.Buddhism and Hinduism; karma

Remember this one every time you feel like dishing out some vengeance. Nature has a way of maintaining balance in all things and it doesn’t take long for the boot of real world justice to deliver a swift kick when needed. Sticking to your principles and treating everyone with respect will pay higher dividends than bitterness ever will. When the dust settles, there is no better marketing tool than professionalism and competence.

We're not laughing at you; we're laughing with you. Unknown

No one likes to be laughed at, but everyone likes to be laughed with. Sometimes it is simply a matter of joining the laughter and making light of the circumstances. We all make a conscious decision to choose sides, but sometimes you just need to give in and laugh at yourself.The advertising world is full of examples wherein companies embraced a negative image and either turned the event into a positive or at least put out the publicity fire by joining the laughing crowd. Unfortunately, some of the biggest companies have yet to embrace this thinking and solve problems by firing executives and releasing public apologies. Some people would find it hilarious that the new maps application in iPhone suggested driving north across the pole through Russia to get home, and that would make a hilarious ad to let people know that Google Maps is back. However, Apple didn’t find it quite so amusing.

Quiet before the storm. Unknown

Bad things tend to happen when we least expect; when our guard is down. You might back up your computer every single month and never have a problem. Business might be growing and rolling along just fine, but when things seem fine is exactly when things go wrong. Use the easy times to prepare for things to come. Study your industry trends and pay attention to every major threat to the health of your business. The businesses who weather storms best are not just those who are prepared for disaster, but the ones who paid attention to the barometer. Noah didn’t wait until it started raining to build the Ark.

The advice of yesteryear that rings true today through clichés from the past serve to remind you of the following:

Get yourself a bundle! 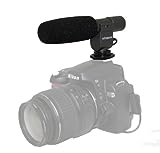