Can You Get Unemployment Benefits After You Took a Buyout? What if I took Severance Package

Did your Employer explain its policies and practices in a way that you could understand?

How does the author know about Unemployment Hearings?

Andrew Grosjean is an attorney at law (licensed in CA). He lives in Michigan and has worked extensively with Michigan Unemployment Hearings since 2001. His wife, Glenda Grosjean, is also an Advocate for Unemployment (since 2004) and for Disability. They have dealt with all issues in the area and have knowledge of the ALJ's in the South-East area of Michigan. They have done arguments to the Michigan Compensation Appellate Commission (formally MESC Board of Review) resulting in decisions in favor of unemployed workers.

"My goal in this area is to do my best to make sure that people have their situations presented in the best possible light. I believe in justice and there is a Judge that we all must one day answer to. So, we should to do the right thing." Isaiah 56:1 "Thus saith the LORD, Keep ye judgment, and do justice: for my salvation is near to come, and my righteousness to be revealed."

If you are Claimant and need an Advocate for your Michigan Unemployment Hearing, you can have Andrew or Glenda Grosjean represent you for FREE. The Advocacy Program pays for the service. Just call Andrew at 313-729-9794. Or you can call Glenda at 313-729-9798.

If you are an Employer and need help with Unemployment claims, Andrew Grosjean can still help you. While he does not represent Employers through the Advocacy Program, Employers still contract with him to represent them at these hearings. He has unique experience in that he knows how Claimants usually win. He can help Employers prepare in a way that many advocates/attorneys are not able to.

He has been involved with Social Security Disability since 2009. He has successfully helped clients apply for their Social Security benefits and get them the first time they apply even though 80% are denied at the first application. He has also helped others appeal negative decisions and get their benefits that they should have received in the first place. Finally, he has helped many clients successfully present their case at the hearing stage as well.

If Andrew Grosjean takes on your Disability Case, there is no charge unless you win! It is a free consultation. Just give him a call.

After taking a buyout, were you able to find a new job?

There are so many claims on these buyout cases that the Advocacy Program will not pay for representation at the hearing. They will, however, pay for a consultation with an advocate/attorney. But you are free to hire someone to go to the hearing yourself. I have helped many people with these kinds of hearings. If you need a consult (paid for by the Advocacy Program) or if you need to hire someone to go with you to one of these hearing, feel free to give me a call. 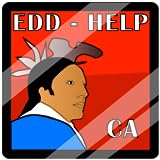 There are typically three issues that come up at a hearing when you try to get your Unemployment. These three issues are:
1. Voluntary Leaving. 29(1)A
2. Remuneration/Allocation
3. Waiver of Restitution.

1. Voluntary Leaving:
The typical application of this is when a person quits a job because there is a problem with the employer that was under the employer’s control.
When you take a buyout you are considered to have voluntarily quit your job because (the reasoning goes) you could have continued working if you had not taken the buyout. While this is true for many employees, there are many that take the buyout while they are on a lay off.

In one case, a man took the buy-out after being offered other options like relocating or taking a limited lay off.  (Coleman v MESC, No. 117120 (Mich App March 21, 1990)). The court found that in his case, he was disqualified because the employer offered several options.  So, really, the man could have continued working but chose to resign.  So, if you want to get your unemployment, you must show that you really did not have any reasonable options.

You can show that you really did not have a choice by showing things like the following:
• Did the employer push you or encourage you to take the buyout?
• Did the employer spread information about the necessity to eliminate jobs or there would be other types of cuts in the work force?
• Did any supervisors tell you your job would be eliminated?
• Did any supervisors encourage you to take the buyout?
• Were you on lay-off when you took the buyout?
• Were you on an INDEFINITE lay-off, with no return to work date?

These are not the only factors, but they are some that I have seen help the Claimant get past the hurdle of Voluntary Leaving. You just need to convince the ALJ that any reasonable person in your situation would have felt like they did not have a choice. You had to take the buyout because your job was ending anyway.
One thing that has stood in the way of some getting their unemployment was the status of their job when they took the buyout. What happened was that this particular lady was not on a lay-off when she took the buyout. The ALJ was convinced by the employer that her job was not eliminated and that she would still be working there if she had not taken the buyout.
One way around this situation is if you can work for another employer long enough to meet the rework requirement. I had one client that took a buyout and then started another job the next week. But then that employer laid him off. He got his unemployment in spite of the voluntary leaving situation because he had enough wages from the second employer. He had to still deal with the Remuneration/Allocation and restitution issues, but he won on those as well. Of course, if you had another job, you would not be looking for unemployment.

How To Get A Job In 30 Days Or Less: Discover Insider Hiring Secrets On Applying & Interviewing For Any Job And Job Getting Tips & Strategies To Find The Job You Desire
Buy Now

Other Unemployment Articles by PastorAndrew

The issue here is that your former employer has told the UIA that your buyout/severance package was Allocated to a certain length of time (for example 80 weeks).  The problem is that they rarely explain that to the employee before they take the buyout.  If they do not communicate what this means to you, they did not properly allocate.
So, what in the world does allocation mean?  What it means is that your buyout/severance package was supposed to be given to you for a certain number of weeks.  “We are going to give you $500 for 80 weeks.  But we are going to be nice and give it to you all at once.  But we still consider that you are getting it each week.  So, for those weeks you should not get unemployment.”
Now, that reasoning is fine, if the employer tells the employees that that is the plan.  The problem is that in every buyout case I have seen in the last two years, the employer has not properly explained it.  If the employer does not explain this to you, they did not properly allocate.  Even if they use the word allocation and list the number of weeks, that is not enough.  They need to actually explain what it means or they will lose on this issue.  And they should lose in such a case.  After all, if they come out and tell you that if you take a buyout, it will stop you from getting unemployment for the next year and a half even if you get a new job and then get laid off, it might make you reconsider taking the buyout.
In one of the examples above, I referred to a man that got another job and then got laid off.  He thought he was getting unemployment from the new job, not the buyout one.  He had no idea that the buyout, two-employers-ago, would stop him from getting unemployment until he found out what allocation was.  But he did not find out what allocation was until I explained it to him.
If an employee actually knows what allocation means, it might change the decision to take the buyout.  It may not, but we do not know because the employer rarely explains this.  Some employers spell out that the employee will not get unemployment if they take the buyout, this is not proper allocation.  Some of these contracts spell out that the employee will not get unemployment for the Voluntary Leaving issue, but they do nothing to explain allocation.  This is not proper, and the Claimant will get unemployment under the Allocation issue.  Some buyout contracts did not even mention the word allocation.

This is the third issue that you want to make sure that you deal with at your hearing.  This is a remedy designed to fix the UIA’s mess.  This is for when a person is truthful to the UIA.  They tell the Agency everything that happened with the end of their employment.  Then the Agency pays unemployment to the Claimant only to find out later that they were wrong to do so.  If the UIA should have known that they should not have paid you in the first place, and then they did, the ALJ can say that you do not have to pay it back.  My client above was being asked to pay back more than $16,000.  That is a lot of money!
Here are some of the considerations that the ALJ may take into account for a Waiver of Restitution case (specifically for buyout cases):
•    Did you tell the UIA that you took the buyout when you applied for unemployment?
•    Did you tell the UIA how much the buyout was?
•    How much are you being asked to repay the UIA?
•    Do you have any of your buyout/severance package left?
•    Can you repay what you were paid?
•    Are you presently on public assistance?

If you have a hearing for unemployment benefits arising out of a buyout case, you need to make sure that you address all three issues.  But the Waiver of Restitution issue often gets forgotten about, even by the ALJ.

After you took the Buyout?

Looking back now, do you wish you had not taken the buyout?

This is designed to be an article with helpful tips for those that are facing an unemployment issue in the state of Michigan. It is simply the personal opinion of myself and should not be construed as specific legal advice. If you are facing a hearing of this type, you should confer with a specialist in this area to analyze your specific situation and give you a proper opinion on how you should pursue your case. While the author has been authorized to represent Claimants through the Advocacy Program, and is a California attorney, Andrew Grosjean is not licensed to practice law in Michigan.

The opinions expressed here are that of the author. They are not authorized by or necessarily representative of the UIA, the Advocacy Program, or anyone else.

If you have any specific Unemployment questions in Michigan, feel free to call Andrew at 313-292-6280. Any correspondence with the author does not constitute legal representation or an attorney/client relationship.