In the most recent edition of HBR a review of the change management of Office Depot was presented. The key thrust of the article is that Office Depot had to change in order to adapt to a changing marketplace where competitors can have competitive advantage over brands like Office Depot, especially in pricing.

The first activity that the CEO Kevin Peters did was to observe the activity occurring within his shops, specifically hanging out near the entrance and asking customers what occurred in store. Very quickly he noticed that people were entering his stores, but leaving empty handed. With stationery sales it’s a bit of a grudge purchase, so he was wondering why people left without buying. Sales were plummeting and the mystery shopping scores were high, so he set out to discover what was really going on.

A bit more investigation and he discovered that staff were hitting the right scores on mystery shopping because they filled the shelves, made sure orders were placed and other activity that were on the score sheet. But in doing so they neglected customers and took breaks when they were busy which weren’t on the score sheet. By simply changing the mystery shopping matrix to focus on serving the customer has lead to an increase in sales and better profit margin. Added to this, customers are now leaving with purchases, unlike before.

This reminds me of a recent experience when I wanted to buy a new oven for my home. I needed a 900mm oven and matching cook top so headed off to a brand that could install both gas and electric so that I could save on the installation. Once I met the salesperson she asked what brand I was interested in. I suggested Bosch, which is a brand that they don’t carry, so she switch sold me on a ‘German’ brand that is made in Spain because there is no land in Germany...! Now, I sold whitegoods once and I’ve travelled a bit, so I am sure that there is still land in Germany for factories and I wasn’t going to buy a brand that I didn’t know. The key of sales is about building rapport, listening to your customer and matching to your needs. It is also not about making up stories that simply aren’t true. More likely the German brand had built in Spain because it is cheaper and with high unemployment (+40%) salaries are more competitive as well. So be honest. Clearly the sales training is limited in this company!

I wasn’t satisfied so I went to an Australian National Brand, The Good Guys at Mile End as I knew that they sold Bosch. After to trying to find a salesperson I approached the counter where they were all congregated (Friedman says that salespeople should never congregate) and asked for assistance. The first question I was asked is if I knew the model number (which I didn’t) and after about 5 minutes of ums and errs as I showed him a similar model, I said, ‘Look, it seems to be too hard for you, why don’t I go elsewhere to buy one’, to which he replied, ‘ Yeah, that sounds like a good idea’. What! As a professional sales manager I couldn’t believe my ears, so I left the business and eventually bought a Delonghi oven and cook top that came with a bonus Nespresso coffee maker. But the morale of the story is that you need to train your sales staff, set effective KPIs – not only sales but also in serving the customer and you need to coach and monitor your people. This is difference between building greatness and having a mediocre or struggling business or sales team.

At Office Depot Kevin Peters has developed a sales program that is very similar to Friedman. It’s about probing the customer to uncover need, adding on to trial close, asking for the sale and asking open ended questions. This has worked immediately in his business and it can work in yours as well.

That’s all from me this week and it’s also my 50th hub...I hope you have enjoyed this stories from ‘salesland’! Happy selling – Michael Kromwyk 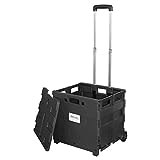