How Education Weighs Less Than Experience?

I am always a firm believer that knowledge can be learned through proper education. With the right amount of time and effort that you will impart in pursuing your degree from a reputable college or university, a great job opportunity will be secured in the future.

I personally devoted my time, exerted a lot of effort, and even went through some sleepless nights completing all my thesis to finished my degree hoping that one day I could share, contribute, and be partly responsible for the growth and development of the company.

At some point of your younger years, you created an extreme impulse to immensely soar that peak of your goal. A notion of earning a substantial amount of salary and benefits as you’ll attain the edge of competition.

As Based from the government’s National Center for Education Statistics: “During the 2013–14 school year from colleges and universities there are 943,000 associate’s degrees; 1.8 million bachelor’s degrees; 778,000 master’s degrees; and 177,000 doctor’s degrees.”

I am one of the 778,000 graduates who completed the master’s degree. Now a days the MBA graduates are most likely five times greater statistically speaking. But what is the most dismal part of reality is the fact that there are majority of unemployed and under paid graduates in our society who owes so much debt from their education yet has been insignificantly accounted for in the white collar and well paid job arena.

A decade ago as I completed my MBA I delivered countless applications to several companies. In return I did get an interview from a few prospects but then they gave importance to on the job experience as they would embark on less time and money for training. I had never anticipated beforehand about the consequences that I might be dealing with in the present. 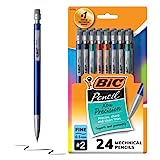 In every hiring event on various industries, job experience always played a great role in acquiring the job. Educational background is just the second part of the deal that is why there are large number of under paid workers with degrees almost everywhere.

I never condemn great job experience over education, but what amazes me most is that our community produces a lot of incompetent individuals holding a significant position in our economy.

It is very frustrating to witness some of these individuals who plays a crucial role in their company who do not produce a remarkable result in dealing with their responsibilities. It is not because they have not acquired any diploma but the inability of the company to give emphasis on rigid training and constant evaluation to their employees.

With the prevalent economic dilemmas that are immensely accumulating, it leads me to question my priorities; Is education really necessary? I should say based from my own understanding of measuring the existing struggle that it is not necessary to pursue education with loans because there is no guarantee or assurance of job stability the moment you set foot on real world.