How To Prepare For and Stand Out During a Panel Discussion

Why Panel Discussions Are Generally Full of Awful Speaking

Not to be a downer about all this, but panel discussions generally terrible because they are by far one of the most used but also most misunderstood public speaking formats. And what’s so frustrating about it all is that they leave so much untapped potential to inspire and inform. At conferences and universities worldwide, the panel discussion isn’t really about good content; it’s about showcasing a bunch of folks who are “experts” in their fields and have impressive resumes. Content plays second fiddle to the photo-op. This is sad but true.

Tell me if this sounds familiar: You’re sitting in the audience, reading the panelists’ amazing biographies in the conference brochure, and you’re getting excited. The moderator gets up (a few minutes late), and “without further ado” introduces the speakers by reading – verbatim – from the very same brochure you just read a few minutes ago yourself. The panelists sit there, lean back, and nod. Then the moderator asks each panelist to give a quick overview of how they got to where they are today. Each panelist begins the presentation with a generic thank you, tells you how pleased they are to have been asked to speak, and how honored they are generally. Then they launch into auto-pilot mode, give their resume again, and end with what is the absolute worst thing you can possibly tell an audience, which is: “I didn’t have anything formal prepared tonight because I wanted to leave a lot of room for questions.” This is almost an insult – it’s saying that they were simply too lazy or busy to give thought to what they would say. And on to panel members two, three, and four who repeat the same spiel.

Panels like this go on every day all over the country, and to me it’s so infuriating to see folks who have reached the top of their profession and can absolutely electrify the room and educate, entertain, and engage audiences instead stumble from one cliché to another. They are full of inside jokes and war stories. This can change, but you must do it. Please – if you’ve been asked to speak on a panel – do the following five things to stand out to the folks who took time to come to see you.

Number One: Panel discussions are also, believe it or not, public speeches. So prepare accordingly.

Panelists rarely prepare for discussions because of the following.

First, they expect to take questions from the moderator, so how can they prepare for that? The reasoning goes that they know their field and will deal with questions on the spot, drawing on their years of experience, decades of study, and war stories they’ve told over and over again at cocktail parties.

Second, they figure that with other panelists sitting with them, they don’t have to prepare as much because they are likely going to talk only about 20 percent of the time.

Third, because most panelists sit (and don’t stand), it’s easy to fall into the mental trap that somehow a panel discussion is informal. But, seriously, is this how you want to approach your speaking opportunity? People constantly underprepare for panel discussions – just do a Google search to see how very few articles deal with this topic. But failure to prepare is a huge mistake. Remember that audiences are full of potential fans, clients, and – if you made an impact – you can even inspire someone to go into your field. So put real effort into this. Prepare, prepare, prepare. 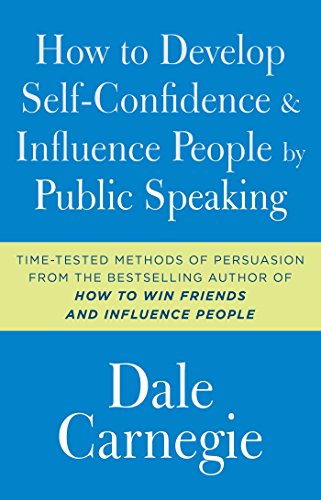 As a lawyer, when I get ready for an oral argument before a judge, I know it’s like a panel discussion in a few respects. First, I’ll only talk about half the time because the opposing lawyer (a co-panelist, if you will), is going to get his or her air time as well. Second, I can’t predict how and when the judge will interrupt with questions (just as a moderator or audience member will ask questions). But all this is a reason to prepare more, not less. Panelists often tell me that they can’t predict what the moderator or the audience will ask, so what’s the point of preparing? Actually, you know already the kinds of questions that will come your way – obviously you were asked to speak on a panel because the organizers expected you to discuss something you’ve accomplished, right? So individual questions you cannot predict, but the overall thrust of the questions you can. Prepare for that.

The best way to prepare for panel discussions is to condense your talking points because you may get cut off, so be ready to get the most important points out first and elaborate later. What I do for panel discussions and for court is to put together a bunch of flash cards, each with a bullet point of something I want to stress. But I phrase it the way I would design a bumper sticker. Make your point, but make it catchy. That’s something the judge or the audience will be able to latch on to, and then I can elaborate. So it’s no big deal if I get cut off.

Number Three: Think About Anecdotes That Illustrate Your Points.

Busy professionals on panels end up often telling the first anecdote that comes into their minds to illustrate their points. Many times these stories do not relate to what they’re saying because typically it’s a story that happened to them recently, rather than a vignette that truly enlightens. Step back and think about a few (short!) stories that everybody in the audience could relate to. Many times when I think like that, I tell a story that appeals universally. For example, I think about why I went to law school to begin with, or I tell a story about my work at a law firm when I was a young associate. Lots of these stories happened much longer ago, but they have the advantage of conveying the same bright-eyed fresh-faced mindset I want the audience to feel. If I just tell people a story that’s new on my mind because of today’s work, it will be some convoluted, procedurally complex, and overly nuanced issue with little crowd appeal. Thinking about anecdotes to underline your point also makes you a better person, I think. That’s because preparing for a panel discussion makes you step back and look at your career choices again in a fresh light. And that can be inspiring, cathartic, and helpful to your own personal life and give you perspective. 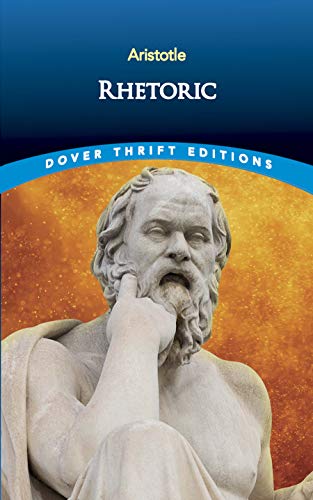 This technique – if done well – is dynamite. The few panels that really took off and captivated the room involved discussions where panelists engaged each other. Most panels are presented in what really amounts to four separate speeches, chopped up into three-minute chunks. That’s not the point of the panel, and if that’s how you conduct it, it’s not taking advantage of the format. Panels are a collection of four or so of the brightest folks in their field or on that particular topic. Why not capitalize on that? As a panelist, you can start this discussion. You could answer your question, but then turn to a fellow panelist and ask them a question about what you just said. Do this and watch them light up. Or you could take an audience question, answer it, and turn it to someone else on the panel, too. Finally (and this is my speaking as a lawyer who is comfortable with confrontation), remember you don’t have to always agree with everything other panelists are saying. There are wonderful to engage others and disagree without being disagreeable. You can have a constructive discussion about a topic, but then note respectfully that another panelist had a different approach and begin a discussion about that. Audiences really love to hear a discussion, rather than to be spoon-fed four separate presentations in three-minute increments. They want you guys to argue with each other, laugh, discuss where you agree and where you disagree. That’s when true learning takes place, and where a discussion can sparkle. We lawyers believe that in our justice system, the truth emerges from the clash of the two sides. Harness that energy in your discussion. Be respectful, but make the panel discussion what it was meant to be, which is to be a discussion.

Most panel moderators build in time at the end to ask each of you to wrap up. Again, this is an area where most panel discussions suffer big-time with their cliché-ridden thank-you-heavy fluff. If you’ve watched the presidential debates or trial, you know that lawyers and presidential candidates – people who talk for a living – have put time and effort into a closing remark that will echo and bounce around in the listener’s head on the way home. Take a few minutes to put down one or two points you want the audience to take away and carry with them. Make it 30 seconds, because people are ready to head out, but grab them one last time. If you do the things I’ve discussed and have done many times with amazing success, you will have come a long way to stand out in your presentation. You’ve been picked to speak on the panel probably because of your credentials, but you audience will learn from and be inspired by your work because of what you say, and how.