How Do the Amish Earn Their Living?

Dennis lived among the Amish for three and a half years. He shares his observations relating to life and business.

How do the Amish earn their living?

The Amish are people very much like we are, they work where they can find jobs. Like the general population many start their own businesses. Their lives in America started like most people of their time. This was as land owners and farmers. Unlike most of the people of the country they disdained the advent of modern society. Instead of embracing the change, they fought it tooth and nail.

Amish furniture is known country wide, and in many other countries around the world. The men who build it are craftsmen of the old school. Everything they build can be built without modern electric machinery. They learn to work with wood at an early age. In the Amish society males build barns and houses for other members of the community starting in their teens. What they build is hand made and built to last. The styles are a simple design yet they are elegant.

Being Amish is more about community and helping others in their religious society. At first many remained farmers but as the population increased and they had needs which were no longer being met they became innovative. They started businesses to make the things they needed.

To my knowledge there is at least one Amish supermarket. We shopped there often. What really interested me was this store was off the grid. In the store they had refrigerated food and a walk in freezer which were run by propane. The lights were all fires with propane as the fuel. They used old fashion cash registers which did not require electricity. Everyone who worked there was Amish including the owner. 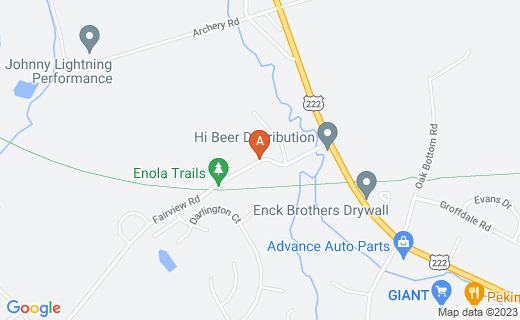 This was an Amish built home which has been sold to non Amish and renovated several times.

What businesses did they start?

Some of the Amish people started building the buggies they use to this day. Other men built harnesses. The women made quilts and sold food they had grown. Basically they did what they had to, to feed their families which are generally large.

What other choices do women have?

Today the women have many more choices than they did at first. Amish child care is a big seller. They are a gentle people and train their children to an obedience unseen in today’s modern society. This they do with a gentle voice and touch.

Women who are not mothers can work for about any one who will hire them. From the young unmarried they draw the teachers of Amish children.

The women have more latitude at work. At home they cannot have electricity that is hooked to a grid. They can work where there are electric lights and run electric cash registers, which are part of the grid. Their dress code however does have to be allowed by the business which employs them. Many of the places we shopped had Amish women as employees.

Where other men work and how they get there

Some of the men go into carpentry and work for local non Amish companies.None of the Amish population are allowed to own cars or drive. Parking is a problem for horse drawn buggies, so most hire people to drive them to work and home.

Some of the Amish businessmen are now going into partnerships with people who are not of the Amish faith. This way they can have electricity and all the benefits it provides including computers and phone service in the building. The Amish don't run the computers, that would be pushing their beliefs too far. They can and do however use things which are electric powered at work.

There are now multi millionaire's among the Amish population. Many of them became so when they sold their farms to non Amish people. You would never know it as they still dress just like everyone in their community, to them vanity is a sin. Most of them live a life the working poor dream of, other than the fact that they live off the grid. You don't see poor Amish because the community takes care of their own from the cradle to the grave.