Tricky Job Interviews - Are They Necessary in a Civil Society?

In some sectors of space...

The employment system seems an adversarial process, like playing Russian Roulette Chess with explosive chessmen, or Spy vs. Spy with deadly weapons but no cartoon resurrection. To the unemployed and the older job seeker, each new job application and pre-employment test is a little death or a forced march through the themed masquerade rooms of Edgar Allen Poe's Masque of the Red Death.

At least in Moscow, you knew who the enemy was. - Robin Williams in Moscow on the Hudson.

Which Is it, Please?

"The Workers are Angry"

"Are there jobs in America to be had, or not?"

The answer is "YES and NO."

Counties in some US States are seeing job increases. while other entire states are declining farther into poverty.

While some out-of-work citizens vent about there being no jobs, many jobs are listed and no one seems to be helping to match jobs and job seekers. It's like the puzzle pieces are far across the room form the puzzle and no solving the jigsaw picture. A Ministry of Puzzles might be in order.

The Workers are Angry shouted the headline of USSR's Pravda in 1963. Secondary headlines warned that many groups in USSR were angry during the Cold War. All the way through the 1980s, Siberian school teachers and railroad engineers did not even receive their paychecks! Extended families lived together and the adult workers were supported by the government pensions received by the grandparents and the in-school youth. US citizens fear a similar result in parts of America, provided government subsidy funds do not run dry.

American workers became very angry during the Recession of 2008 - 2009. Not only workers, but small business owners and larger employers became angry and frustrated - even despondent. The World of Work had become a side show hall of mirrors for both sides of the labor-employer balance.

As some companies went out of business, some larger firms received federal funding in order to operational. Tempers flared across the land. On the other side, workers were laid off at the same time that 1000s of job openings were listed on Internet job search engines alone (more job listings via offline sources). The new trend of creative-thinking employment interview questions created tension and outburst among applicants -- Tempers rose on this sides of the balance. Job seekers became desperate as employers became adamant that they take no chances in hiring undocumented aliens and applicants with false credentials, false references, and any of the conditions indicated by pre-employment testing for drugs, crime, and whatever else was permissible to examine.

The years 2009 - 2012 were a strong Employer's Market, because of the change of political party in the White House and Congress. At the same time, the ancient prophecies of many cultures marked 2012 as the End of Days. Hard-pressed job seekers and struggling and bankrupt small business owners were convinced that this might be so.

Discrepancies between jobs forecasts vs jobs listed, labor vs management, and job seekers vs potential employers skyrocketed to galactic proportions. All phasers were set on Stun and ready to go to Kill. 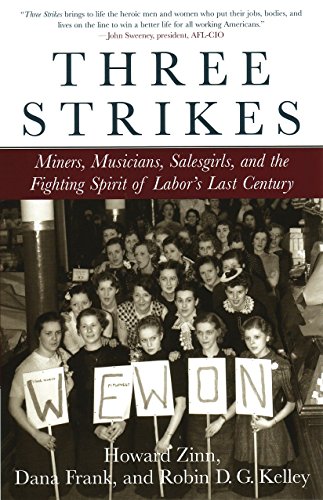 In my first experience with an employment agency after college, psychological testing by the agency or potential employers was illegal. I had a degree and experience in psychology, but my agency rep did not read my resume. The first order of business was a psychology exam. I received a test and recognized it as one I had administered to others.

I noticed the agency director speaking to my rep, who ran to me, grabbed the test out of my hands, and rushed away. The director approached and stated that I, particularly, did not need that test. I thanked him and left, deciding that if one aspect of this business was questionable, then others were likely worse.

The misuse of psych testing can be deadly to careers mental health. Through administration and interpretation by certified professionals, the results can be invaluable. Who is giving psychological tests for potential employers?

In my state, only a trained and usually licensed professional or an officially supervised intern recorded with the appropriate State Board may administer psych tests.. Further the tests are permitted only at specific levels – PhD/PsyD (all tests), MA/MS (several specific tests), and BA/BS (very few). Self-administered “pop psych” tests can help job seekers begin to understand what type of career is for them, but they are not an endpoint.

Even Gardner’s Multiple Intelligences have been misused. Some 15-16-year-old victims here were forced to parade in a summer jobs program pageant, wearing their big labels of a single talent (a cluster of 3 is called for) and refused to do schoolwork in other areas. Next summer, the jobs program was cancelled and some were another year behind in school. And this was all paid for with our tax dollars.

Computerized personality tests provided by mega-companies are not very accurate for the individual, because they are made for the masses and miss individual talents. On the local level, unless a company has on staff a master's-level professional to interpret tests, that company may be using them illegally. Check with your State Psychology and Counselors Boards. Does the local Big Box have a certified counselor, LISW/MSW, BSN/MSN, or rehab professional at each store or every 5-10 stores? No.

If the test is computerized, how often is that computer and system serviced and the program checked for accuracy? Do staff just run off a report or receive one electronically from off site and accept whatever it says? Some hospitals in New Jersey were forced to do that in the 1990s for patient diagnoses – until many patients died from incorrect diagnoses.

Industrial and Organizational Psychology and Workforce Development research shows increasingly since 2005 that older job seekers 50+ years tend to balk at or refuse what they term invasive tests and those 18- 24 take them pretty willingly. Some companies think that the older applicants, therefore, are not the best potential employees. Who’s right?

So, if you complain about a personality test or the computerized Service Reliability Assessment or similar before taking it, does the Big Box rep write down that you are over 50?

More on this subject will be handled in another article.

The Lighter Side of Interviewing, per the BBC