Need a Job? How To Find North Dakota Oil Jobs

North Dakota has one of the hottest job markets in the United States, and the oil boom is the primary reason.

The old saying used to be, “Go West, Young Man”, to encourage young people yearning for job opportunities to find them in the developing western areas of North America that were being settled by Europeans. In the early 21st century, the saying might as well be, “Go to North Dakota, Young Man”. North Dakota? Are you kidding? What is in North Dakota? Besides a lot of agriculture, North Dakota has a lot of jobs and the lowest unemployment rate in the United States. Which is why some are now saying: Need a Job? Move to North Dakota.

North Dakota Oil Jobs Have Been Key To Growth

The severe recession that affected the United States in 2008 and 2009 was barely even noticeable in booming North Dakota. With a current jobless rate less than 4%, North Dakota has the best job market in the United States. The state has a labor shortage, and a shortage of housing and other support structures to support its growing labor pool.

What has made North Dakota a magnet for jobs? There are a number of reasons, but the main reason is development of oil wells in the Bakken geologic formation in the western portion of the state. New drilling techniques have allowed energy exploration companies to drill and recover oil in areas of North America, such North Dakota, that were previously inaccessible. With the price of oil trading within a range between $90 and $120 per barrel, energy exploration companies have wasted no time signing drilling leases with local property owners in North Dakota and drilling to extract oil. In fact, so much oil drilling is occurring in North Dakota that the state is now the third largest oil producer in the United States, behind only Texas and Alaska. Who ever thought of North Dakota and Black Gold Oil?

The oil boom has not only been great for energy exploration companies and their employees, it has also provided much needed income to North Dakota farmers and land owners, who have sold drilling rights for their properties, and have reaped considerable financial benefits, including ongoing royalty payments for each barrel of oil extracted on their properties. This has had a multiplier effect on local businesses, leading to the creation of even more jobs, as local property owners have additional disposable income to spend.

North Dakota’s good job fortunes are not limited to its new found oil fortunes. A large agricultural base and long established coal mines provide a bedrock of secure well paying jobs, as demand for farm products and coal continue to grow. Additional jobs are being created in a growing wind energy industry that takes advantage of North Dakota’s notoriously windy plains.

North Dakota also has a growing high-technology sector that is creating jobs. The corridor between Grand Forks and Fargo, along the Red River in the eastern part of the state, has experienced rapid growth in high-technology business development over the past decade. The area hosts the headquarters of Microsoft Business Systems, and smaller technology firms that serve niche technology markets that are growing rapidly. Biotech firms have also taken advantage of North Dakota's business-friendly environment, and have been growing operations in the state.

While not an ideal climate in the wintertime, with below zero temperatures and windblown blizzards an ordinary part of life in North Dakota, the state has an excellent climate for jobs. Of course, no boom lasts forever, but for now North Dakota is where the jobs are, and will likely continue to be created as long as the oil boom continues, and demand for wind energy and high technology products grow. It appears that for some time, people will be saying "Need a Job? Move to North Dakota".

How To Find A Job In North Dakota Oil Fields 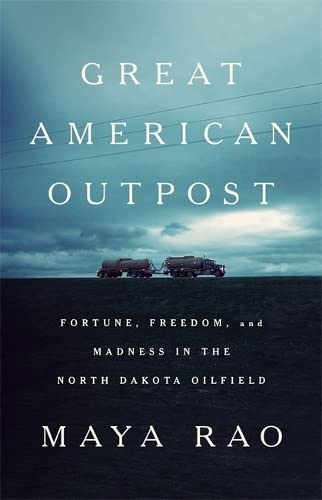