Psychoanalyst approach postulates the relative imperviousness of certain emotions to learning. This is especially pronounced and damaging in serious cases of neurosis, where for instance suspicion, hate, love and fear aimed at particular individuals or aroused by particular situations refuse to be altered or tempered, irrespective of the pain which they cause or the strength of the evidence against their justification. Yet, a fundamental principle of psychoanalysis is that there is no distinguishable line between normality and neurosis, since all normal individuals display certain processes and characteristics. The neurotic may be more incapacitated by his/her predicament, may be more severely afflicted by anxiety or may display more irrational symptoms, yet the underlying psychological processes of defenses and resistances are indistinguishable from those of "normal" individuals (Gabriel, 1999). It is normal then that some of our emotions are impervious to attempts to temper them, modify them, civilize them, in short, to manage them, especially so with emotions which left a deep scar in our early lives, becoming parts of our character structure. Different psychological characters feature certain consistent repertoires of emotional responses, notable in periods of uncertainty, stress and trauma, which are difficult to modify through subsequent learning. Thus, an obsessive character's anxiety when confronted with disorder will be as resistant to modification by learning as a narcissistic character's craving for approval and admiration, or a heroic character's guilt when facing failure (Gabriel and Schwartz, 1999). This shows some of the limits in developing or modifying emotions through learning. 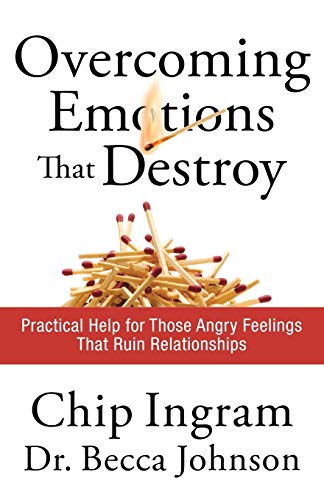 Psychoanalysis has identified narcissism and authoritarianism as afflicting people in positions of power and respect. Narcissism is a normal and desirable condition which ensures that at least some of each individual's emotional energy is lavished on the ego and supports the individual's healthy self-esteem and pride. Leaders inevitably have a strong narcissism, relishing the attention and respect of others and seeking distinction and achievement. However, narcissism becomes easily derailed - leaders wish to be admired simply for who they are and for the power they hold rather than for the results they are delivering, especially so in organizations pre-occupied with image, symbolism and public relations, where spin and the management of appearances all too easily replace real work, innovation and entrepreneurship. It is then that narcissism can become quite destructive in organizations - leaders and followers end up as mutual admiration societies, keeping each other happy, but losing sight of threats and opportunities facing their organization, competitors outperforming it and customers abandoning it. Like spoilt children, such organizations center around the delusion of self-importance and invulnerability to cruel and adverse reality (Maccoby, 2000; Schwartz, 1990).

Authoritarianism is, on the contrary, expects unquestioned obedience; leaders tend to stereotype negatively all opponents and to denigrate anything that is associated with the feminine, the artistic and the sensitive. Under the pretense of extreme rationality, they allow a free reign to emotions of fear, disgust and disdain which are manifested in a cynical attitude to humanity (Adorno et al., 1950). An ultra-masculine macho quality characterizes such leaders, who will never acknowledge a mistake or the need for a u-turn. They are thus particularly prone to entrapment in situations where good money and resources are thrown after bad.

Psychoanalysis can temper leaders' narcissistic and authoritarian tendencies, alerting them to some of the early signs and potential adversities.

A different contribution that psychoanalysis can offer leaders and managers is to sensitize them to the emotional needs of their followers, needs that can easily and unknowingly be frustrated, leaving followers with feelings of betrayal and disappointment, through the position that they occupy in the emotional and fantasy life of many of their followers. Leaders can then be experienced and fantasized as powerful messiahs or vile impostors, scheming Machiavellians or kindly mother figures, axe-wielding butchers or cunning fixers (Gabriel, 1997) which bear little relation with the leaders' real actions, though they reflect closely the emotional needs of followers, such as the need for protection, the need for individual attention, the need for legitimate scapegoats and so forth. Such fantasies express some of the followers' deepest anxieties, and it is here that psychoanalysis can make a significant contribution to the leaders' emotional effects on organizations.

Anxiety is an inevitable part of life in today's organizations. Its sources are diverse and powerful. "Will I have a job next month?", "Can I stay with my friends or will my department be restructured?", "Can the organization survive?", "Will my feelings overcome me?"; these are some of the very realistic anxieties that people bring to their workplaces. Leaders can have a considerable effect in the management and containment of anxiety - not by offering false promises and reassurances, but by mobilizing positive emotions of hope, courage, self-reliance and dedication and so forth. Following the work of the psychoanalyst Winnicot (1962, 1964), leaders must act as "good enough mothers" in their organizations, creating a "holding environment" in which people can work without false safety nets but also without total exposure to every adversity. Anxiety may then be kept within a manageable level - not too high to incapacitate individuals, not too low to lead to complacency. The same management of anxiety is a vital factor in the prompting innovation, change, and learning process. Extreme anxiety disables learning; absence of anxiety uncalls for learning. Winnicott argued that this holding environment is the environment in which children learn, an environment allowing enough space for experimentation and play, which is safe enough without being stifling or overbearing. The holding environment recreates the experience of the mother's embrace, an embrace which allows the child to realize that he/she has an independent existence in the world, without however exposing her/him directly to the threats engendered by this world. The management of anxiety then becomes seminal in all learning situations, since too much or too little anxiety inhibits learning.

Another vital and often unacknowledged emotion in organizations is love. The psychoanalytic conception of love is truly protean, stretching from passionate infatuation with an object to narcissistic self-love, from sensuous to spiritual, from contemplative to driving and from creative to destructive. Love for one's teacher, one's hero or oneself is, likewise, a major stimulant for an individual's learning process.

Negative emotions of love can have negative effects - for example, when they blind us to the organization's evident deficiencies, when they make others take advantage of our love, or when we become accessories to immoral, anti-social or even criminal acts as a result of our feelings for the organization. Identifying, analyzing and, from time to time, managing such organizational emotions takes more than mere emotional intelligence - it requires a deeper understanding of the unconscious dimensions of organizations and that cauldron of passion that keeps them simmering.

Having considered emotional Intelligence giving greater impact on individual and group performance than traditional measures of intelligence and contributing positively to the bottom line of the organization, organizations should focus on the development of EI for their employees via appropriate training programs. These training programs should encompass the way the brain learns, recognizing that people learn in different ways, and considering the few emotions which are impervious to learning. Applying the recent research on learning provides trainers with a rich repertoire of skills to ensure meaningful, successful and joyful leaning for all learners. 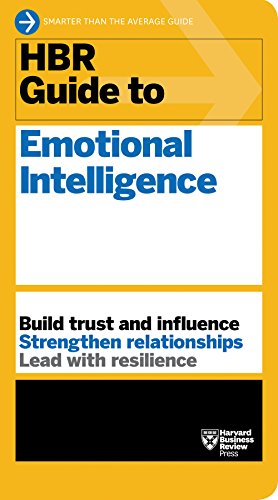