Probably no one else has supplied publicity to the Top 10 List as has late night TV host David Letterman. When Stephen Colbert inherits Dave's chair in 2015, it will be interesting to see what he does with that list.

We hear of many Top Ten Lists, including Top 10 Employers. Several financial analysts go further to publish Top 50 Lists of best companies based on varying criteria. So, which are really the best companies in America?

Among dozens of variables to consider, how can a few firms rise to the top in them all - or do they?

Sometimes, readers and job seekers wonder who decides on the names to add to these lists. For the recent Top 10 Best Companies for Equal Opportunity, the choices were made by the American public and their decisions matter.

In the Plex: How Google Thinks, Works, and Shapes Our Lives
Buy Now

A few movies have been made about Corporate America and The Internship is one about Google, starring Vince Vaughn and Owen Wilson as 40-year-olds competing among younger interns for a full-time job at the wonder company. From watching the film and reading interviews and articles about the company campus and amenities, Google interns and employees live like millionaires, earning high salaries and enjoying incentives and perks.

In addition to treating employees well, Google is in the space exploration and business industry.

Google is the sponsor of exciting new endeavors like the LunarX Prize, the project that gathered groups of makers and pitted them against one another in the making of a Lunar Lander. Beating the 2015, a few groups finished in 2013. Launching should begin in 2015, proving that one does not need to go to NASA or the US Air Force to participate in the US Space Program, though those two agencies are still tops in the field.

Another Google field of business is the Asteroid Belt lying beyond Mars, but first, Google and James Cameron, Sir Richard Branson and others began an asteroid mining outfit in 2012. They plan to mine Near Earth Asteroids for 1) and 2) water to use in space activities. The company is Planetary Resources and jobs are open to potential space adventurers.

Star Trek's Brent Spiner (Data) and Robert Picardo (Doc) are spokespeople for company programs, just as Nichelle Nichols was for NASA in the 1970s and 1980s. One program started in 2013 - 2014 is the space telescope project in which students and the general public can sign up for free time sharing use of telescopes in the heavens.

A Top 50 List of companies that provide the largest numbers equal opportunities to diverse employees was compiled from readers votes in early 2014 submitted to Equal Opportunity Magazine.

The publication was first printed in 1968 as a career-guidance and recruitment magazine. It is offered free of charge to African-American, Hispanic, Native-American, and Asian-American college students and professionals in all fields.

Visit EOP if you qualify for a free subscription. Publications include ADA employees as well as minorities. 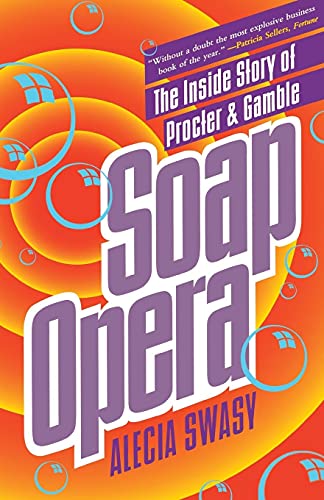 Soap Opera : The Inside Story of Procter & Gamble
Buy Now

Other Companies Rating High in Opportunity For All

The following companies complete the first 10 spots on the Top 50 List voted in by minorities who receive the EOP publications, including minorities, women, and those with physical/psychological challenges.

I have added the gist of comments left on the website Glassdoor.com for these best companies, posted by past and present employees, of minority and non-minority demographics.

2. American Express - This old company was founded in 1850, before the American Civil War. Headquartered in Manhattan, New York, the company has offices all over the world. Find a job with them at American Express Careers. Thee company hosts 15 different diversity networks for employees that target anyone from Native American, to parents, to LGBT, to Christian and several others.

3. The Boeing Company; HQ at 100 North Riverside; Chicago, Illinois 60606. This company is part of the NASA Commercial Crew and involved in Aerospace and Aviation, including engines, spacecraft5, satellites, and several additional foci. Its employee pool covers nearly 70 nations and contains about 170,000 people from skilled technicians to persons with advanced degrees. Boeing makes diversity a priority and offers a number of groups and councils targeting specific demographics as support.

4. Procter & Gamble - HQ has been in Cincinnati, Ohio since its founding in 1837. That was before the American railway system began inching its way to the West. The company has sold off all of its food and beverage lines to concentrate on cleaning products, personal care items, and some pet foods. The company website states at www.pg.com:

"Nearly a half-million people apply for P&G jobs every year. We hire less than 1%."

The 1.0% hire rate amounts to 5,000 new employees every year. The company began to focus more pointedly on hiring individuals with disabilities in 2011.

5. AT&T - Founded in 1983 and headquartered in Dallas, Texas. The company has at least six subsidiaries and employees in 60 countries.

On Glassdoor.com, out of 4,660 posted ratings of the company by employees and ex-employees, the average rating is 3 stars out of 5.0 stars. However, most employees posting opinions thought the interviewing process was positive and over 60% of these people applied online with no difficulty.

6. Merck - Merck KGaA - Chemical and pharmaceutical company founded in 1668. On Glassdoor.com, 825 employees rate the company 3.2 out of 5 stars. Many posts state that the company gives all employees an opportunity to earn new skills and advance in pay and responsibility.

7. Kraft Foods Group - This company was formed by a demerger in 2012, retaining the grocery manufacturing and processing division for the company HQ located in Northfield,Illinois. A total of 569 employees at this writing score the company at 3.4 stars out of 5.0.

8. Apple Inc. - This is an interesting placement among the Top 10, since competitor Microsoft is nowhere on the Top 50 List at all.

Founded in 1976, the company has over 400 stores at this writing. Its Cupertino, California HQ campus is constantly expanding and adding new amenities fro employees. On the first Apple Campus, employees can live in one of 30 buildings on campus; but, the company runs a shuttle service to transport employees from around the SF Bay Area. A subsidy is provided to help with other forms of transportation. On Glassdoor,com, approximately 3,100 employees rate Apple Inc. as 3.9 out of 5.0 stars.

9. General Dynamics - This is another good company that is part of the NASA Commercial Crew of private businesses. Founded back in 1899, its HQ is in West Falls Church Virginia. On Glassdoor.com, 120 employees ranked the company as 3.2 stars out of 5.0; most rating the "culture and values" element as between 3 to 4 stars.

10. Biogen Idec - This is a biotechnology company founded via merger in 2003 (Biogen began in 1978, IDEC in 1986) to make important treatment drugs for drugs for cancer, neurological disorders, and autoimmune disorders. The company operates in Massachusetts, the Research Triangle in North Carolina, and in Sweden. On Glassdoor.com, about 200 employees rate the company as a 3.9 out of 5.0 stars.

My Take On Choosing a Company

If I were graduating from college in the 2010s or 2020s, I would work toward gaining a well paying, creative, satisfying job with Google. The company's space-going efforts are sure to increase in number and expand in territory for several decades.

Meanwhile, other areas of interest are emerging and will excite new workers. Some examples are language preservation of endangered ancient languages and efforts in the medical sciences.

The company offers equal opportunity to women and minorities of all stripes who were sometimes left to manage living on low-paying jobs in the 1970s, and '80s, even into the early 1990s. Including men and the non-disabled, Google seems to have dynamic opportunities for all workers.

I am not surprised that NASA is on this list of government agencies, given the work that NASA leadership and Nichelle Nichols did to recruit a diverse population of astronauts.

Readers might be surprised to find the IRS in the Top 10 among government entities, since many in America feel that the agency is perhaps untrustworthy in light of related controversies of the 2000s - '10s.