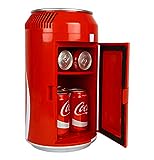 So far I have written about Filipino TV Ads in general.

And I have previously spotlighted the Filipino TV Ads of McDonalds and the local McDonalds counterpart, Jollibee (see related links below).

So this is going to be the fourth on this continuing series about Philippine TV Commercials (TVCs).

And as I have mentioned on all of the previous articles, I will say it again… we can learn a lot about a people from their TVCs.

Okay, again I know that many of you grew up watching a ton of crappy and senseless commercials, yes regardless of where you grew up.

But then you cannot deny that once in a while a TVC comes along that captures you and for the most part takes your breath away. Okay, maybe not that but in a handful of them or at least in one of them, I’m sure there is something about it that you have remembered for a long time.

Now I have mentioned this before that I sure miss the old TV Ads from the old country as I now live about 8,000 miles away from where I was born. And that’s probably the main reason why, homesickness.

Yes, even if you tell yourself that those crappy TV Commercials you grew up watching you wouldn’t miss, I’d tell you there might come a time that you would.

Thank God for youtube and all the other video sharing websites out there. Now we can go back in time and watch all the TV Ads we grew up watching, some we fondly remember, some we would rather forget.

Coke Adds Life, It’s the Real Thing, Coke Is it, Enjoy Life, Always Coca-cola, I’d Like To Teach The World To Sing, what else? I know you know all of them slogans too and more. Like who wouldn’t huh?

So today I would like to spotlight Coca-cola Ads from the Philippines. Why? Because I was born and grew up in Manila, the capital city and back then I knew Metro Manila like the back of my hand, today in many parts of it I’d be lost (we went for a four week vacation last year). But I still look and talk local, so that wasn’t too hard to manage.

And because most (good) commercials are generally universal anyway, I expect that the folowing commercials wouldn't be that hard for you guys to manage as well.

Again if you have read the previously related articles, you would know that Filipinos love to eat.

And if there is food, there you are sure to find tons of Coke. Okay, Pepsi, Sprite, 7Up, you name it they probably have it and not to mention local and foreign beers too.

Now some of these Coke commercials would be in Tagalog and so I will try my best to explain them to you guys, in case you do not speak the language.

So if you are ready to know more about the Filipino, let’s go.

Here’s one that I found with English subtitles:

Exactly (For Everyone Whoever You Are)

As you can see is a very simple commercial but as I have said, in about 30 seconds it said a lot about what Filipinos value and who they are.

I know they have many other versions of the same theme and here is a short one.

Now, here’s another one with English subtitles.

It will probably hit a little bit harder home and to some more than others.

There's more I have to say but watch it first.

Picking Up My Child

Note: Divorce is not legal in the Philippines, but like everywhere else there are a lot separations and annulments of marriages, which are basically the same thing but with different labels.

Now if I may change the English subtitles, when the dad told her child "Iba na kasi ngayon."

To which the mom replied "Hindi ka naman iba."

The better translations should have been

Do you remember the Coke Adds Life Slogan?

Here’s a Philippine Version from the 70s, no need for subtitles or explanations.

Travel Back In Time

Yes, life was so simple back then.

Now, if there is one thing Filipinos can boast about (then and now), it is their love and passion for music and singing in particular. In fact if I remember right, a Filipino holds the patent for devising the sing-along (now known as karaoke) system.

Back in the day it was known as the multiplex system or the minus one system. And yes, back in, I guess in the late 70s and early 80s we had one of those monstrous machines with the huge black microphone in our living room.

Now before there was Arnel Pineda of Journey, Charice now in Glee and apl.de.ap of the Black eyed Peas, there were other talented Filipino artists and singers who would have gone global if there was youtube starting from the 1960s.

Let's take a look at one of those early Charice forerunners who like the rest of the Filipino singers before youtube weren't given such a globally huge audience (at the time).

And here is the local version from the song “I am Tomorrow’s People” (or whatever the title of that song was).

I Am The Future Of The World (Tagalog)

Okay, in case you were too young to remember or too old and you forgot the lyrics to this song, here it is in the original English Version.

I am the future of the world, I am the hope of my﻿ nation, I am tomorrow's people, I am a new inspiration and we've got a song to sing to you, we've got a message to bring to you...

And I found the English version as sang by the same singer of the Tagalog version here:

Okay SIng-Along With It In English Now

This next one I had already featured on the first article about Philippine TV Commercials, but just the same I feel that this should be here with the other Philippine Coke Ads.

Why? Because for one, I still think this is still the best of the local Coke Commercials.

Note: This is the local version of the “I Wish” Commercial, with English subtitles.

Okay if you are in the mood to sing just about now, you can do it and sing-alongwith the English Version.

So here is the Original Version:

Afterwards, tell me which one do you like better?

You know what I did though, I played the two videos simultaneously.

Now, you might think we will not have the normal Bollywood style (song and dance) Philippine Commercials, no we will.

And I found one that is 3 minutes long, yes the entire song. The song is in Taglish though (mixed Tagalog ang English). Enjoy!

Okay, here’s one entirely in Tagalog, with the explanation below.

Feeling Down? Time To Eat, Time For Coke, Time To Smile

Okay, that's a hard one to translate, so I'd better not.

And as always, we can go on and on as we still have a lot of videos out there.

But I would like to end with this one, and this I titled “Playing For The Coke”.

Okay, here's another thing to learn about the Filipinos, they always demand an encore.

So most Filipino singers/artists, they work it into their concert routines and they add one, two or more songs, even a medley of all their songs at the end. Yes, so as to appease all their Filipino fans.

So here's more and with these two we will go way back in the time, to the 1950s, post war Manila, post war Philippines (WWII that is).

And I assure you, after you watch these videos, you are sure to know a whole lot more about the Filipino people.

The Philippines 1955 (contains a few parts of the previous video)

Now before you leave, let me bring you back to the future or at least to today, the year 2010.

Dare To be The Voice Of My Generation

Dare To Conquer a Man’s Sport 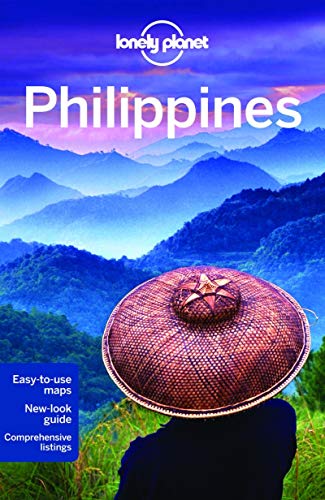 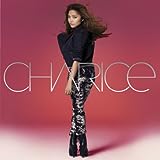 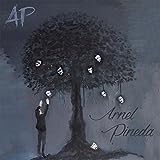