Although many are mystified by his mysterious moniker, Mel Carriere is a San Diego mailman who writes about the mail, among other things.

When I talk about Postal Customers from hell I feel that I'm being a little unfair to certain customers and for this reason I must qualify this rather harsh title by saying that not all of them really hail from hell itself, but a few of them are actually from the inner circles of Purgatory. But since Postal Customers from Purgatory isn't a hub title that exactly reaches out and grabs you I'll stick with the original name, and my apologies in advance to the Purgatory dwellers who get unfairly tagged in the process.

While on the subject of Hell, Purgatory, and their neighboring zip codes, there was a poet named Dante Alighieri who I think started out as a letter carrier because he seemed to know a lot about hell and the folks that inhabit it. He wrote a book called The Divine Comedy that is sort of an instruction manual for Hell. Just be warned that the title is somewhat misleading. I don't exactly know what his publisher was thinking, but if you are planning to roll the DVD version of the Divine Comedy right after Hangover II don't expect to get the same sort of deep belly laughs. Dante's sense of humor was a little...dark, to say the least. But even though I didn't find The Divine Comedy to be all that funny the special effects were awesome. Therefore, I highly recommend it, especially as a date movie if you are feeling a little frisky and you need something to calm you down.

Although Dante's career as a stand-up comic was a miserable failure, he had some pretty good insights about Hell and Purgatory that I will attempt to summarize for you in the article that follows. I have to admit that his book was a little difficult to slog through, and you might not get all the jokes unless you're Italian, like Dante. For our purposes, the long and short of The Divine Comedy is that hell consists of 9 separate rings, each one being for a different category of sinner, and one of these rings is reserved exclusively for postal customers that mistreat the mailman. You might not get that from the English translation, but if you are willing to spend years mastering medieval Italian so you can read the original I think you'll draw this conclusion, just like I did.

Anyway, here is the latest installment of Postal Customers from Hell. Remember, if you are the type that tends to torment your Letter Carrier Dante's got a place for you too. So be careful, or to quote Walter White from Breaking Bad, "Tread lightly."

Mr. Are you Hiring might not really be bad enough to be included in Dante's Hell, , but I believe that he certainly qualifies for Purgatory. Mr. AYH is not necessarily a completely bad person, he's just a little under-motivated, and he is constantly conniving ways to keep Mrs. AYH at bay, who is always bothering him to get off of his butt and do a little job searching.

The mailman will typically encounter Mr. AYH lounging around in his garage/man-cave, keeping himself properly hydrated for the grueling job search by drinking a 40 ounce version of his favorite beverage as he wiles away the hours conducting job searches on his X-Box. He is often in the company of his fellow job-seekers, who wear "wife-beater" T-shirts and surly, suspicious expressions as the Mailman walks up.

Before she went off to work in the morning Mrs. AYH gave Mr. AYH a stern directive to go look for a job, and he has been waiting for the Mailman all day to comply with it. As the Letter Carrier walks up he asks the question "Are you hiring?", perhaps thinking that the Letter Carrier has a direct line to the Human Resources Department of the Postal Service. If the Letter Carrier hesitates just a little, or acts as if he is unconcerned about Mr. AYH's employment status, he will quickly interject a fatalistic comment such as "Even if you were you wouldn't tell me, would you?"

On a personal basis I really do try to help out customers like this to the fullest extent possible, but since I do not have a personal hotline to the Postal Human Resources Department I often respond to such employment queries by directing the customer to USPS.com. Mr. AYH's typical response to this suggestion will be something like, "but I don't have a computer." However, as I look around Mr. AYH's tricked out man-cave garage, which seems to be more technologically advanced than Bruce Wayne's bat-cave with it's advanced video gaming system and big screen TV, I find the assertion that the man has no computer a bit difficult to believe. All the same I shrug my shoulders, keep my opinions to myself, and go on my way. Mr. AYH will typically mutter something beneath his breath as I depart and then tell his wife that he went to the Post Office to look for work that day, but they were uncooperative.

Every once in a while, certainly more often than they would desire, letter carriers will run across customers that are the self appointed guardians of the United States mail. Like so many others that we will eventually encounter in Postal Hell or Purgatory, the majority of these mail watchdogs do not appear to have any readily apparent source of income, and they are certain an evil government conspiracy is responsible for this. Since the Mailman works for the government he must certainly be in on the plot, and so this particular Postal Customer from Hell keeps a keen vigilance upon him to make sure he does not deviate in any fashion from his postal duties in order to engage in conspiratorial activities.

This customer is Mr. Are You Finished Yet, and he is there to ambush the Letter Carrier on a daily basis. So stunningly swift is his arrival at the mail receptacle that it appears he has camped out there overnight, which is entirely possible. As soon the postal vehicle arrives at the mailbox he bursts forth from concealment to bombard the Mailman with asinine questions.

One of Mr. AYFY's favorite questions is, of course, "Are you finished yet?" He will ask this even though the Letter Carrier still has a stack of mail and packages piled on top of the mailbox. Sometimes Mr. AYFY will ask this question at the very moment the letter carrier dismounts the vehicle, before the boxes have even been opened and the mail is still sitting in the truck. Mr. AYFY is convinced that the Postal Service is equipped with secret Area 51 tested transporter devices that are quite capable of moving the mail into the mailboxes molecule by invisible molecule without the letter carrier even lifting a finger. Therefore, when the letter carrier steps down from the vehicle and politely (hopefully) replies that "No sir, I am not finished yet," Mr. AYFY's response is a smug, suspicious, knowing grin that lets the Mailman know quite clearly that he's privy to the scam and he had better watch out.

As the letters are stuffed into the mailboxes, Mr. AYFY keeps a keen eye on the increasingly nervous Mailman. He does this to ensure that none of his own mail is being taken back to conspiracy headquarters to be used for devious, insidious purposes. His Get One Free coupon book could potentially destroy democracy if placed in the wrong hands. Often Mr. AYFY will try to stand directly behind the letter carrier so that he can look over his/her shoulder, knowing that in this fashion the letter carrier's concentration will be significantly improved and none of his letters will go to his neighbor's house. His neighbor seems to be in on the conspiracy also, so he has to be careful.

The affection that "Mrs. I Insist that you love my Doggy" has for her pooches knows no bounds, and it is unacceptable for you, the Letter Carriere, to simply tolerate them as you go about your daily deliveries. Although you might be willing to dodge the gauntlet of teeth to make a Shaqille-like slam dunk delivery into her mail box, she will not be satisfied with this. Mrs IITYLMD expects that your own love for her adorable pooches shall be no less than her own borderline-psychotic depth of affection, and she fully intends to impose her will upon you in this regard.

Mrs. IITYLMD has made up cute little baby names for her dogs, and you will not be granted entry into her yard unless you repeat these silly names several times, in a voice loud enough for all the neighbors to hear. Saying words like "Cuddles" and "Snookums" out loud is bad enough, but when she insists that you say them in baby talk language it is possible for your tongue to remain permanently frozen in place. Your indifference to her sweet doggies' names greatly irritates Mrs. IITYLMD, and she makes you repeat them over and over again until you get them right, using the proper cutesy tone of voice.

To Mrs. IITYLMD her pets are not so much canines as they are babies, and this would be okay except for the fact that the dogs still believe they are dogs and don't understand that you are trying to baby them. Therefore, when Mrs. IITYLMD insists that you go so far as to pet her "babies," things begin to get problematic. Even though you plead with her that Postal regulations prohibit you from petting dogs, she is convinced that these silly rules do not apply to her, and she'll tell you so. "Oh, these are not dogs, they're really people," she'll say, but people do not usually growl menacingly at you and foam at the mouth like Cuddles and Snookums are doing. The fact that Cuddles almost took off your finger last week also does not matter. "She was just playing," Mrs. IITYMD says, but the painful series of rabies shots you were forced to undergo were not so amusing.

The only way to satisfy Mrs. IITYLMD's insane demands is to wear heavy welders gloves to work, but this makes mail delivery a little ponderous, to say the least. So in the meantime you try to tolerate the situation as you pray to the postal gods for an unfortunate "accident" to befall Cuddles and Snookums that you won't get caught at. 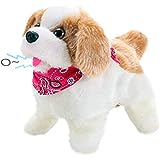 Run this "adorable" Spinning Gauntlet of Death, if you dare!

So you've made it through another version of Postal Hell with most of your fingers and toes intact, and now that your rabies vaccinations are up to date you'll be prepared for whatever dangers the perilous life of a Letter Carrier has to throw at you. Perhaps I was exaggerating when I speculated that Dante was a Letter Carrier, but he certainly knew an awful lot about Hell and all of its minions, and if you plan to continue to descend into the abyss of Postal Purgatory, you would be wise to familiarize yourself with his user's manual. He might call it The Divine Comedy, but he certainly wasn't joking about the horrors you will find in the inner circles of Postal Hell.

Do you sympathize with the abuse that Letter Carriers sometimes have to put up with from customers?