Quite simple dynamic QR codes or sometimes called a live qrcode can be edited, not the pattern itself but the primary destination URL, the QR code pattern itself remains unchanged.

A dynamic QR Code is really a fancy hyperlink and works just like a clickable hyperlink on a page.

When you scan a dynamic qrcode the scanner deciphers the pattern and redirects your mobile device to the primary destination URL.

However before it gets there it arrives via a short or secondary URL that's usually system generated.

The qrcode pattern is actually made from this secondary URL.

This cannot be change thus leaving the primary destination URL free to be edited at any time without the pattern changing.

This makes the code versatile and means that any printed matter that might already be in circulation does not have to be reprinted; all i do is change the primary destination URL.

To help you understand i have included a qrcode for you to scan.

For this example i have used a blog site called ski2bfree.com as the primary URL.

Scan the code and watch closely.

The address bar of your mobile device starts by going to a short or secondary URL called http://ezevu.com/?id=14 before redirecting to the primary destination URL http://www.ski2bfree.com/

At any time i can login to my ezevu account and redirect the primary destination away from ski2bfree and change it to any URL i like.

It could be a video or a different webpage; even an audio file and I can do this without altering the qrcode.

Because the code is live it also allows me to gain some insights into its performance through the Ezevu analytics suite.

This is only possible because of the secondary or short URL. The comprehensive analytics helps in the performance management of every code in my portfolio.

This is why these codes are called Dynamic! You can edit the destination and track each and every codes performance.

With a static QR code it will always go to its primary destination.

There is no secondary or short URL involved and so the destination cannot be changed.

You cannot track a static qr code either.

This is because the pattern has been modelled on this primary URL.

If you wanted to change the destination you would have to generate and entirely new qr code.

This would mean reprinting any print material in circulation.

Static qrcodes can also be made from a pure text.

In many cases these will business card contact details often referred to as a vCard.

They can also contain simple information like a phone number or just general text.

There is no URL involved at all in a text based code.

The qr pattern is actually made from the text itself, you could say it's embedded into the pattern.

Remember these cannot be edited and cannot be tracked.

It's normally very easy to distinguish a static text based code from one that is dynamic.

A text based static code will contain more pattern than a dynamic qrcode.

The more text used the greater and busier the matrix density will be.

Static qrcodes are more commonly associated with the free type you get online.

Dynamic codes are usually paid for using a subscription but also give you access to static qrcodes as part of your account.

I personally do not trust the free qr sites because i have no control and for the small amount i pay for an unlimited subscription annually from Ezevu it's worth it.

If you take a look at the pattern of the static text based qr code you can clearly see the density difference between it and the dynamic code above. 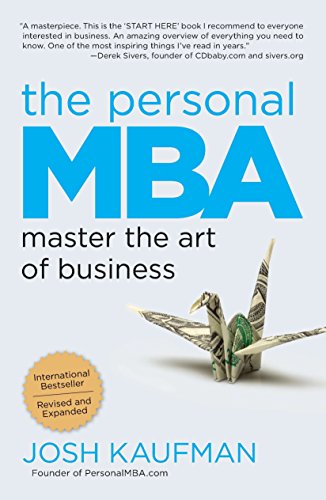 The Personal MBA: Master the Art of Business
Buy Now