A high caliber Investment Professional with an experience amounting over 30 years, majorly across various facets of Investment.

Qatar own Asian Cup of Football, and then are present Asian Champion. The plan and hard work of so many years has given this result. Qatar defeated Japan and UAE to win the cup. This is wonderful achievement and great news for upcoming FIFA 2022 World Cup. Qatar is getting ready for the 2022 World Cup. It will be interesting to see how they perform in 2022.

Qatar Participated in Tokyo Olympics 2021. A small team with stunning performance. It looks like, each one of them came to win.

Qatar own two Gold, One Silver and 5 Bronze Medals, total 8 medals. Qatar strategy of focusing on sports and building world class facilities and team has started to pay off. Qatar has become one of emerging power in sports.

Qatar Host of Many Sporting Events

Qatar will be host to 2030 Asian Games. Qatar hosted the Asian Games before also. This will give Qatar new direction to host big events.

Qatar is Trying for Olympics also. They will be strong contender for 2036 Olympics. This will give Qatar new Name.

Qatar’s commitment to sport as development them is marvelous idea. The event driven tourism is really making difference in Qatar’s Image.

The the Changing Perspective of Arab World

When it was declared the Qatar will host 2022 FIFA World Cup. Many in the world are surprised. But I am not. Qatar is one of the fasted growing wealthy nations. Qatar will be the richest in the world 2013. Qatar has very successfully hosted Asian Games in 2006.

Real GDP growth will remain very high in 2011, reaching 15.8%, but will slow to an average of 5.4% in 2012-15, as no new major energy projects are planned over the period. The fiscal surplus (excluding most LNG revenue) widened to an estimated 13.8% of GDP (QR61.8bn; US$17bn) in 2010/11. It will widen further to 18.1% of GDP in 2011/12 and to an average of 19% of GDP in 2012-15. The consumer price index declined by an estimated average of 1.9% in 2010, but consumer prices will rise again in 2011, by 4.2%, as property prices begin to recover and domestic demand stays strong. The current account recorded an estimated surplus of US$15.1bn (13.3% of GDP) in 2010 and is expected to remain heavily in surplus in 2011-15, owing to continued strong hydrocarbons exports. Qatar avoided recession in 2008-09, and the economy surged ahead in 2010 because of the global recovery and the domestic boost provided by a near doubling of LNG production. The final LNG "super-train" (with a capacity of 7.8m t/y) came on stream earlier this year. Concerns have been growing about the combined impact on the economy of a global slump in demand for LNG, particularly in the US, and the coming on stream of new LNG capacity in Qatar and further afield, but these have been allayed temporarily by increased demand in Japan. The next two years will be still be difficult; however, Qatar’s dominant position in the market and low production costs should enable it to maintain export volumes, although profit margins will be squeezed and it will increasingly rely on the spot market. Although crude production capacity will rise by about 25% over the forecast period largely owing to expansion at the

• Qatar’s National Development Strategy (NDS) covering 2011-16 provides a frank analysis of the country’s development prospects and challenges. Hydrocarbons will continue to dominate and underpin national prosperity but, with the completion of the last of the major hydrocarbons projects in 2012, the emphasis of the NDS is on developing the non-hydrocarbons sector.

• We project that real GDP growth will exceed 20 percent this year before slipping to 6 percent next and – in line with the NDS – hold at around 4-5 percent a year post-2012 as the non-hydrocarbon sector takes over as the engine of growth. This will be supported by the massive $226 billion planned investment program, including $95 billion from the central government.

• Its seems clear that revenues from hydrocarbon exports will make Qatar a wealthy country, ensuring sustained fiscal and current account surpluses and a further build up in external assets even under adverse oil and gas price assumptions.

• Managing such wealth, promoting economic diversification and completing large scale infrastructure investments in time for the 2020 World Cup will present challenges. But the NDS provides reassurance that policy makers are prepared, and will take steps to mitigate potential inflationary pressures and to avoid wasteful spending.

• Recent data confirm the continued increase in hydrocarbon output and point to improving conditions in the non-hydrocarbon sector which should receive a further boost from the expansionary budget announced for 2011/12. Private credit growth is reviving, helped by recent interest rate cuts, and the stock market returned to positive territory in May. Inflation is on the rise, but remains muted overall (1.7 percent in March), due to sustained weakness in rents. That said, reports suggest that the real estate sector has begun to stabilise.

Available estimates suggest that real GDP grew by around 16 percent in 2010, while nominal GDP grew by around 30 percent to reach $116 billion. The principal driver of nominal growth was the rebound in the hydrocarbons sector which rose 57.7 percent in according to official data, driven by higher prices and production. Manufacturing also recovered strongly following a contraction in 2009 to expand by 20.7 percent, as did electricity and water (up 15.4 percent). However, residual strains in the economy were apparent as growth remained muted in some sectors (trade, hospitality, finance and real estate services) while building and construction saw another decline (see table). Looking ahead we would expect strong performances in most sectors this year and next as public infrastructure spending accelerates and the hydrocarbons sector posts further output gains. Real GDP is expected to grow by over 20 percent in 2011 as the remaining large gas related projects come on stream, before slowing to 6 percent in 2012. 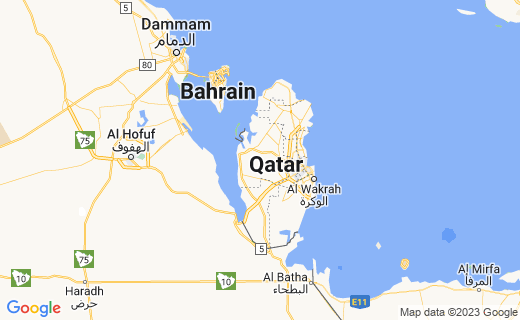