An Industry Gateway In a Small City

Located just to the southeast of Los Angeles, Santa Fe Springs is a Gateway City, part of the historic Gateway Region that has been the industrialized portion of the Greater Los Angeles Area. Santa Fe Springs, also been known as Fulton Sulphur Springs, is hom to approximately 16,000 residents.

Two rivers in the area provided ready transportation access in and out of the river valley and the railroads arrived in 1884. These transport options led to quick industrialization in 1900. In addition to the available transportation, the soil on flat land in and around Santa Fe Springs was ideal for farmers form the eastern parts of the US, who had migrated westward in search of greater opportunities and mild weather.

Industrial and agricultural manufacturing increased into the 1980s when the NAFTA agreement resulted in manufacturing moving out of the Gateway and into Mexico. 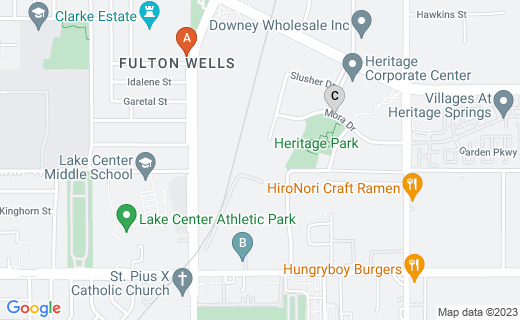 Ecomony Of Today and Tomorrow

The economy of Santa Fe Springs declined the 1990s, until the establishment of the Gateways Cities Partnership and the Council of Community Governments in that are joined to produce revitalization plans. The city is divided into four distinct neighborhoods, each with its own development projects.

A among the Top 10 Micro-Cites for Tomorrow, Santa Fe Springs is recognized as Number 1 overall in Human Resources and Number 4 in Business Friendliness, out of ratings for seven city qualities among the 10 top picks.

An independent judging panel and the fDi Magazine reviewed 400+ North American cities in Canada, the USA, and Mexico to arrive with their Top 10. The magazine is aimed at foreign investors.

Santa Fe Springs and its Native Americans were discovered by the Spanish several hundred of years ago. However, the town was settled by European-Americans and founded in the 1800s, beginning with a single large ranch known as the Hathaway Ranch.

Today, a city park is administered under the governance of the local library and the City of Santa Fe Springs with an adobe dwelling, the actual ranch, a steam locomotive that is tribute to the Atchison, Topeka and Santa Fe, a museum, a windmill, an aviary, a plant conservatory, and other exhibits.

Judy Garland - The Atchison, Topeka and the Santa Fe

Tongva at the Park

The park also honors the local Indigenous People, the Tongva, later called the Gabrieliño ("of San Gabriel") communities of Native Americans with a replicant Tongva Village.Tongva translates as "People of the Earth" and the people believed that their sole God, Quaoar, led them to their homeland from the northern parts of California.

Courage is a hallmark of these people and is notable in the tradition of lying on hills of fire ants and allow them to bite in order to show strength.

The native nation went into decline after the third wave of Spanish settled with the Mission of San Gabriel in 1771 and today, only between 200 - 400 Tongva remain. They have organized for education and mutual support and now live in both Los Angeles and Orange Counties. One of their goals is US Federal Recognition and the prevention of their burial grounds being dug up for condominiums and other commercial endeavors.

The UCLA American Indian Studies Center remains connected with this nation and their events and progress.

Evidence of the Tongva exists in Santa Fe Springs archeologically from a time period in the range of 12,000 - 17,000 years into the past. After a long struggle from 1500 AD - present, the native nation was rewarded by the nearby City of San Gabriel and State of California with resolutions that the Gabrieleño-Tongva Nation is the original Indigenous Peoples of the Los Angeles Basin.

Re-education in the Indigenous community with native languages and traditions began in 2004. In 2008, major headway was made by Chief Red Blood Anthony Morales into saving traditional burial grounds from commercial development.

Tongva in Outer Space and California

In 2002, a dwarf planet near Pluto was discovered by astronomers from Cal Tech, using the Palomar Observatory. The planet was named Quaoar in order to honor the Tongva people's Supreme Being. It is an internationl policy to name certain minor planets discovered within our solar system with the names of creator gods of Indigenous Peoples around the world.

A few years after the discovery of the dwarf planeet, a moon was discovered orbiting around it , and naming rights were given to the Tongva themselves, who live around Los Angeles and Santa Fe Springs. They chose the name of sky god Weywot, son of Quaoar.

In addition to naming celestial bodies, other honors have been given the Tongva people and other Native communities in the area of Santa Fe Springs.

For example, the Governor and the State of California honored the Tongva and other Southern Californian Native Americans by producing legislation.

The new laws bring the Indigenous populations into the land-use decision-making process regarding their former tribal lands. This Californian accomplishment is the first such legislation in all of America.

Swap Meets and Their Treasures

The companies that support the largest numbers of workers in and around Santa Fe Springs are:

The leading job listers on Internet sites across the USA:

Hundreds of Internships are available with the following companies near Santa Fe Springs and Los Angeles and many others.

Apply online through Quarterlife at QUARTERLIFE.

Check the following educational facilities for their internship offerings as well, especially in Long Beach and East LA.