Scammers and Sidetracks: How to Avoid a Modern Day Telephone Con

Have you ever been sidetracked from your main objective in life, which I was terribly excited and motivated to start such an endeavor, and the last thing I expected was to be scammed-in the worst, most effective way possible. We writers and authors are a sensitive lot, and most of us desire some form of positive reinforcement from others, whether from peers, family, or even editors. I am surely not alone, at least I hope not. So here I am-starving artist and such-starting a new business at:

when suddenly, out of the proverbial blue, I receive a telephone call. A woman who calls herself Rhonda, tells me that I have been selected to join the

Based on my writing skills, of course. 'Rhonda' goes on to say that she will be conducting an interview by phone to see if I am worthy of such an honor. Confused as to where she obtained my name, yet thrilled at such an opportunity, I eagerly accept the offer and begin the interview.

~By now, of course, I've completely digressed from my original business idea and dive in to the waters of our discussion with enthusiasm. This may be the chance of a lifetime! It could not possibly be a scam, thought I, not remembering that I had no idea where she found my name in the first place.~

Without a thought, I become fast friends with Rhonda and laughingly engage in marvelous conversation.

World Wide Who's Who Scam 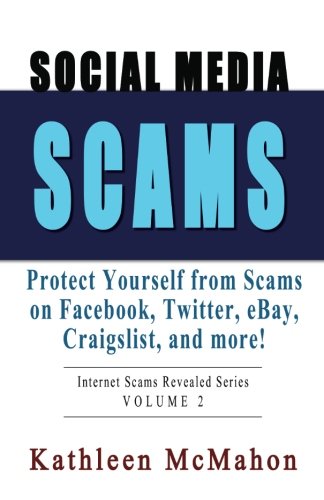 Rhonda was oh, so complimentary and encouraging that I opened up to her with abandon, certain that she had adored my writing here on HubPages and was thoroughly convinced of my future as a bona fide writer. I would be a welcome addition to her organization, she effused.

Me? Oh my Gawd! I have arrived!

Oh, Laurel, it's time, you've come into your own, at last.

May I say that I was higher than any kite could possibly fly?

Continuing our conversation, she continued to gush over my writing potential and after a number of questions, my new best advocate said that I had been accepted! Oh, my. Now it was my turn to gush with glee.

I even teared up, honestly.

But then, the kicker.

I was to receive a plaque with my name inscribed, a statue made of glass in my honor, a scroll, and a copy of the most recent edition of her World Wide Who's Who directory-with my name included, of course-all for the price of just $99-.

I was so blind to this scam at the moment that I agreed and gave her my credit card number without a thought. Without a thought, I repeat, and now, with hind-sighted shame.

So Common these Days!

And My Eyes Slowly Open...

I am a relative newcomer to the Internet and this scam was perfect for me, a naive woman who tends to believe in the goodness, the trustworthiness of this human race. I do not intend here to excuse my actions, but to indicate what a perfect victim I almost became.

I began to think about this requirement of payment. For recognition? Who in her right mind would pay for such a thing? A plaque would be nice, a glass figurine for the mantle, and a scroll, even lovelier, but why give money to this registry for my name in a book that no one may even read? What had I gotten myself into? And why on earth had I given her my credit card number?

And so, I began to do a bit of research and to listen, finally, to my family's admonitions.

Here's Wiki's Take on Who's Who Scams

As soon as I became aware of my idiocy-or naivete-I began to research this 'organization', and found numerous Who's Who scams all over the web. I was flabbergasted! I often think I'm quite the smart, intuitive type, and I fell for this? Good God, what was I thinking?

My ego, that was it-my tenuous identity as a writer had been stroked lovingly, I thought, and I had eagerly waited, drooling, for more.

Oh, Rhonda, how could you do such a thing? How cruel, how mean and inhumane!

But no, I realized, I had proved to be the perfect mark. A sure thing for the scam artist.

Have you ever fell victim to an online scam?

Credit Cards and Such

My first step was to phone the credit card company I use and cancel my then account. I snipped my card and will be sent another 'in 3 to 5 business days'. I told them of the situation and they were sympathetic, though I think I heard a bit of derision in their voices, but that just may be my imagination...

I then called the local sheriff and reported this incident. He was kind enough, but told me this sort of thing is so common that he would only take a report because I almost gave them the money willingly-no crime was committed. Sad, but quite true. I laughed with him as he offered, "I'll give you 25 bucks and tell you you're good!" For a sheriff, quite the funny guy, actually.

Yet Another Type of Scam Written by Our Own Shadesbreath

It's all in the hindsight, is it not? How amazing it is how apt some of us are to believe what we wish to believe. These scammers are good, exceedingly good at what they do. And often, very often, they succeed. I survived this by the skin of my teeth. Do be forewarned, though, these people are hungry for your money and will do anything to get it.