Sexism, Plus-Sized Models, and the Democratization of Marketing

The Future of Marketing Is in Your Hands

Before the Internet, a brand’s marketing message was often pushed out to the masses, with the hope that it would resonate with enough people to get them to buy the products or services that the business was selling. However, thanks to the Internet, the way that brands interact with consumers has changed.

Brands have started personalizing the messages that consumers receive on their computers and smartphones, and in the not too distant future the same may be true for the ads that you see on your television.

Social media has also given consumers the ability to comment on everything that businesses do, from the products they create and how they are manufactured, to the advertising campaigns that they use to get the word out about their products and services. 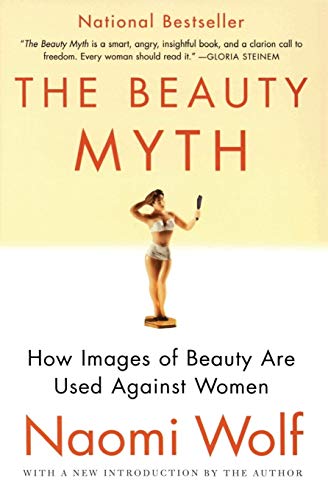 The Beauty Myth: How Images of Beauty Are Used Against Women
Buy Now

To illustrate this point, we have to look no further than the advertising campaigns that aired during this year’s Super Bowl.

If you are in marketing or public relations, you are probably aware that in the last few years women have used social media to vent their frustration that the advertising that aired during the Super Bowl did not speak to them, and in some cases was offensively sexist.

In an effort to appeal to the female audience, some brands have created more female friendly advertising campaigns this year.

This appears to be at victory for female consumers (or at least a step in the right direction).

In the 1991 bestselling book, “The Beauty Myth: How Images of Beauty Are Used Against Women,” author Naomi Wolf makes a case that as women entered the work force and started to compete with men, the way society viewed ideal female beauty changed in a way that it made it nearly impossible for women to live up to.

Keep in mind, the book was written in a time when a few people got to make the decisions as to what the general public viewed in almost every media source available to consumers. In other words, it was written about a time before the Internet gave the average person a voice in what they consume.

While change has been slow to happen, even in one of the last places where publishers still choose what readers see, feminist voices are starting to be heard. If you haven’t guessed it by now, I’m talking about print magazines. More specifically, I'm referring to the Sports Illustrated Swimsuit Edition.

Let’s put aside the argument about whether or not the whole concept of a swimsuit edition is sexist in of itself and look at the fact that for the first time a plus-size model was featured in the pages of the issue. In fact, if you count the ads too, two plus-size models are featured.

This caught the eye of both mainstream media and everyday people using social media.

This appears to be another win for people who want to see women of all shapes and sizes featured in main-stream media and shown in a positive light.

Plus-size retailer Lane Bryant recently created an ad that sends a similar message to the public with their #ImNoAngel campaign that takes a jab at Victoria Secret’s beauty standards.

The Future of Marketing IS in Your Hands

The examples that I just mentioned are steps in the right direction. That said, I am definitely not saying that sexism and discrimination has been eliminated from marketing campaigns. I don’t think that's possible.

What we need to keep in mind is that the world has changed. Media is not controlled by a few people in powerful positions who get to call all the shots and people aren’t limited by a few television stations, radio stations and magazine options.

Today, people have access to countless television stations, radio stations and other media sources. In fact, with the Internet and social media, what people see and hear is really up to them.

Yes, we are still going to have to put up with advertising in order to get the content that we want for free. But, even that is being targeted and optimized to appeal to individual consumers in order to get us to buy the products and services being sold.

As a marketer, I think that is a good thing. Businesses need to sell things to keep the economy going.

The point is that what people respond to is what we are going to see more of. In the end, what gets rewarded gets repeated. If businesses get better results showing a certain lifestyle or body type, that is what they will continue to show. After all, businesses want to make money.

In the long run, advertising is going to be so personalized that this discussion might not be even be an issue. Or maybe it will be even more important, depending on how you look at it.

But until then, we still have places where the same content is being delivered to large groups of people. And these images do have an impact on the way people see themselves.

However, as I mentioned earlier, consumers do have a voice today. Advertising is not only being influenced by what people say in social media channels, but also by how they respond to marketing messages on the Internet.

If people want to see a more realistic representation of what real people look like in advertising, they need to send a message to brands that act responsibly by purchasing the products that they are selling. As I said, was gets rewarded, gets repeated.

The type of advertising that you respond to and click on is what you will see more of.

The future of marketing really is in your hands.