Using Social Media For Your Business

After you've registered your business, the next step is thinking about how you can market your product or services. A common mistake that many companies made are not leveraging on social media platform to reach out to their customers.

Social media isn’t becoming a big deal, it’s already been one, and using it effectively can make a big difference for your business. Here’s a few ways you can use social media to spread your company’s message.

Building relationships and networking is a major part of business, and it’s no different when it comes to social media. Reach out to your followers if they mention you, and follow them back. Another great way to seek out opportunities to be interactive is to save searches of keywords related to your business.

For example, if you work for a sports equipment company, perhaps you want to see who’s tweeting about football cleats, which you are having a sale on. If you see someone mentioning football cleats, let them know about your sale!

It’s the company, not you

Unless you plan on attacking the Twitter or Facebook strategy from a personal account, always maintain a “we” mentality on the company accounts. You want those you’re tweeting at to feel like the company is speaking to them as a whole rather than one person behind a computer. However, make sure you keep your interaction fresh and human-like, so as not to wind up blocked and/or reported for spam.

Nobody is going to “follow” or “like” you if you’re posting updates every five minutes, all day, every day. Keep it under 10 per day, though this number will certainly fluctuate depending on the nature of your business, but setting a limit is what’s important. People want quality content, but they also don’t want their Twitter or Facebook feed cluttered by a single entity. However, it should be noted that tweets at others will not show up on a follower’s timeline, so they would not count towards your “limit”.

As foreign as the social media concept may be to you, it’s probably second-nature to your younger employees and interns. Though they’re obviously less experienced with the company, they will be a major asset to you in implementing an effective social media strategy, so don’t be afraid to tap into their or even your secretary knowledge and even make them responsible for social media duties.

A great way to build a base of followers on Twitter and Facebook is to run contests periodically. Even if you’re just giving away promo products for your company, people love free stuff that requires little to no effort to win.

One of the most effective ways to get your Twitter followers interacting with your company is to run a contest that requires them to retweet your message in order to be entered to win. This will allow their followers to see your company’s message as well and they might just retweet it as well if your prize is good enough!

This goes along the same lines as holding a contest. Depending on what business you’re in and whether or not this is a feasible strategy, providing discounts to followers can be a very effective way to build a following.

For instance, you could post on Facebook that the first five people to comment would get 50% off their next purchase, or if you find that a Twitter follower is especially active, offer them a discount out of the blue.

Which Social Media Platform is Your Favorite? 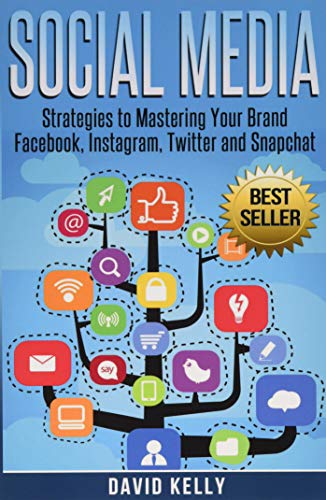