Retired from investment banking and teaching, Philip has authored several books on investing.

Stock options trading is very potent as well as being very multifaceted and can be extremely dangerous if you don’t know what you are doing. Now I have probably frightened you off. Don’t go away yet. The good news is that you can also make a lot of money trading options with very little capital outlay. There are some millionaires out there who started out with $10,000. In fact you can indulge in online options trading with as little as $100.

There are several types of option contracts traded in the financial markets. The most common for retail investors are currency options (sometimes called forex options) and stock options (sometimes called equity options), it is also possible to trade futures options, commodity options, and index options. In this particular article we are going to look at stock options trading. However, this is not to be taken as advice so that you can go away and trade options. This is meant to see if you like the idea of trading options and to give you some basic options trading knowledge.

What is an option?

An option contract is an agreement between two parties to buy or to sell an asset (a stock) at a fixed price and at a fixed date in the future.

This financial instrument is called an option because the buyer has the right but not the obligation to carry out the transaction. If, over the life of the contract, the asset value decreases, the buyer can simply decide not to exercise his or her right to buy or sell the asset.

There are two types of option contracts:

Call options gives the buyer the right to buy the underlying asset.

Put options gives the buyer the right to sell the underlying asset. 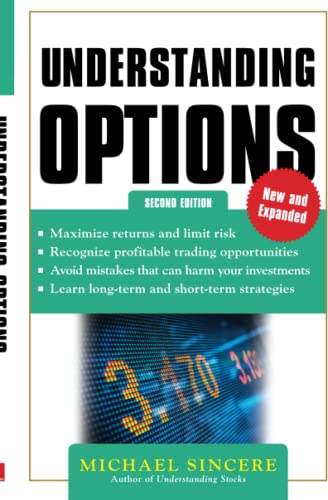 Example of a call option

ABC Corp buys a call option contract from XYZ Corp. In the real world the parties trading in an options contract would not know who their counterparty was, however, in this example we have simplified things. The contract says that ABC Corp will buy 200 Mobile Oil shares from XYZ Corp on the 7th October for $20. The current share price for Mobile Oil shares is $21.Now ABC corp is not actually buying anything as no asset will exchange hands until the stock option expiry date which is October 7th, when ABC Corp will decide whether to exercise the option at the strike price of $20 or to let the stock option lapse.

Stock Options - Who uses them?

There are mainly two types of people who trade in stock options. The first type is the risk seeker or speculator and the second type is the opposite, the people that want to avoid risk. They are called hedgers.

These are people who try and predict the markets movements after lengthy analysis and virtually bet on a market trend. This is why options are considered very risky. Big money can be made with speculation and so can big losses. Speculators have to be certain in their predictions as to whether the markets going up or down. Speculators like options because the leverage is good. A small movement in the stock market can make a speculator a lot of money because all they have paid is the premium.

By far the biggest reason for using stock options and the reason that options were invented anyway is that companies like ABC Corp or even individuals such as yourselves can buy an insurance (hedge) against any adverse movement in the stock markets.

For example say that ABC Corp were worried about the share price of a company that they had invested in, thinking that the share price would probably go down. ABC Corp could buy a put option, the opposite of a call option in that they have the right but not the obligation to sell the option at the agreed strike price. Say they bought 10 put options at a strike price of $30 with a premium of $1 per share. The underlying stock price in the market is $29. At the expiry date the share price of the company was $20 and ABC Corp stood to lose $9 per share they owned. However, if they exercised their put option they would go to the market and buy 1000 shares at $20 and use them to put (sell) the shares at $30 because they have the right to do so. They would receive 100x10x30=30,000 less the premium (insurance) paid of $1,000. So they have $29,000 in cash to offset the $20,000 they used to purchase the shares they bought at $20 and the loss of the shares they own of $9,000.

So their strategy worked and they had the perfect hedge. They did not gain or lose a cent.

Stock Options - Where are they traded?

The second form of option is the over the counter option or OTC. These options are traded between traders of large institutions and are generally non standard options which have their own particular rules.

In this article and others we are mainly discussing exchange traded options.