For someone who wants to become less dependent on driving, doing their bit for the environment and saving money on gas, trying out public transport as a travel option makes sense. But it's not as easy as it sounds. There's the tradeoff of money vs time, and there's the unexpected emotional impact of embarrassment . . . or maybe it's just me.

There is a definite tradeoff between money and time, at least if one is traveling any distance. From home to Los Angeles, taking one of the Metro lines is an easy and fast thing. But if you then have to take a bus to reach your ultimate destination, you can rack the time back up to what it would have been had you driven (including avoidance of work traffic). In that case, reduced cost still lets you come out ahead.

If you're not going to LA and the bus is your only option, well, it takes me twenty minutes to drive to the Corporate Office and two hours to take the bus. That's the time tradeoff. Money-wise, it costs $2.50 to take the bus to Corporate and back. If I rent a car (since I don't own one) it would cost me $28 plus about $8 in gas. If I owned one, it would cost gas plus a very minimal wear and tear.

For a longer distance, it took me three hours (one way) by a combination of Metro train and bus to get to a meeting today that it would have taken about 45 minutes driving (including time renting the car). Public transportation cost me $6 total, whereas driving would have cost about $43 altogether. There's a clear financial benefit to public transportation, and a clear time benefit to driving, except that . . .

What to Do When Riding

. . . there's the matter of all the "extra" time riding, instead of driving. If handled well, this extra time can be quite beneficial. During my time traveling today, six hours total, I did a number of different things that I would not have been able to otherwise. This includes time spent waiting between transfers.

All in all, it was a pretty interesting day. Many of my days taking public transport have been interesting. Others have been dull and yet others somewhat frustrating, especially if I've worn uncomfortable shoes. Make sure you dress as comfortably as possible.

When they're not talking to each other, many people listen to music or talk on the phone. You really have to watch it if you take reading material. Magazines are OK, novels not so OK, if you really immerse yourself in them like I do. I once took a three-bus ride to a workshop and missed both transfers and the final destination. On the way back I did it again. Sigh. 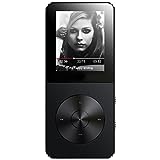 This is one of the first and most important lessons you learn riding public transport. You MUST get your timing right. If you miss a connection you'll have to wait anywhere from 15 minutes to an hour for the next one, depending upon the time of day (or night). You don't want to mess around like that when you are on your way to a business meeting.

Most Metro and bus companies these days have a way of planning your ride online. In Los Angeles that service is called "Trip Planner" and can be found on the Metro website.

If you are headed to a function where arrival time is important, then that is what you will base your trip request upon. You can choose between leave time or arrival time. You will click arrival time, then enter the time of day you want to arrive there. The planner will check for the route you will take, and tell you what time you need to catch the first one and each one after that to get you there on time.

I suggest you plan to arrive at the station at least ten minutes ahead of time. This lets you be more relaxed about your day, instead of feeling anxious and rushed. My main Metro stop is next to a Starbucks, so I usually plan for 15 minutes ahead and purchase a latte to enjoy before boarding.

In a city like Los Angeles, this is the toughest part of riding public transport, at least at first. Prior to the public's acceptance and awareness of global warming issues, public transport in Los Angeles consisted of buses that took a long time getting places and were ridden primarily by people with low incomes.

With the advent of Metro trains and express buses, that has changed somewhat, but the first six months or so that I took buses, I had to contend with embarrassment about what people thought of my riding instead of driving. I was very self-conscious about other riders noticing that I was dressed nicer than they were. I saw them check me out and could almost hear them saying, "What's SHE doing on here?" Now I just start up conversations and don't notice so much.

At work, my boss kept making comments that told me he was sure I was riding because I couldn't afford to buy a car. He seemed to feel sorry for me and kept trying to find ways he could help me save money to buy one. That made it ever so much harder. Even now he has not fully accepted it. And now my job has changed enough that I will probably end up buying a car again, at least for the longer distance rides. For now, though, I'm cool with public transport, car pooling, and the occasional car rental.